Any geography student will have been taught that a delta is a flat low-lying area of land where a river splits into smaller branches before discharging into the sea. It is often triangular in shape and its name derives from the similarly shaped Greek letter Delta. The Okavango Delta however seems to exhibit few of these features. For a start it is hundreds of miles from the nearest sea and at an altitude of 980 metres above sea level it can hardly be described as low-lying. It is more accurately described as an inland alluvial fan and rather than flowing to the sea, the Okavango River simply pours its contents into the northern part of the Kalahari Desert.

Water is the life blood of this region and without it the whole area would simply consist of an arid semi-desert landscape. The rains from the Angola highlands feed the Okavango River (also known as the Kubango River) and it grows in strength as it flows south-eastward crossing the Namibian Caprivi Strip and entering north-west Botswana. The course of the river remains straight as it passes between two parallel geological fault lines which channel it for around seventy miles before the waters reach the large flat expanse known as the Okavango Swamp or Okavango Delta. Here the waters diverge into countless streams fanning out across the land carrying not only the crystal clear waters from the Angolan mountains but also silt and nutrients. The area is certainly flat just like conventional deltas and, with the exception of the many small islands, the altitude varies by less than two metres across the whole region. The largest island is Chief’s Island which is the home of the Moremi Game Reserve. There are countless smaller islands most of which began as termite mounds reaching up out of the soils only to grow as the vegetation flourished. The minor channels are constantly changing partly due to the water currents and build up of silt closing some waterways while the resident hippo population clears and effectively dredges others. It is estimated that the river brings around eleven cubic kilometres of water to this area each year which enriches this vast 6,500 square mile plain. Most of this water, around 60%, is lost via plant transpiration and passes back to the atmosphere, 36% simply evaporates and the remainder either percolates through to the sub-strata or overflows into Lake Ngami. This whole area is situated in the area of Ngamiland which is part of the administrative district of North-West Botswana. 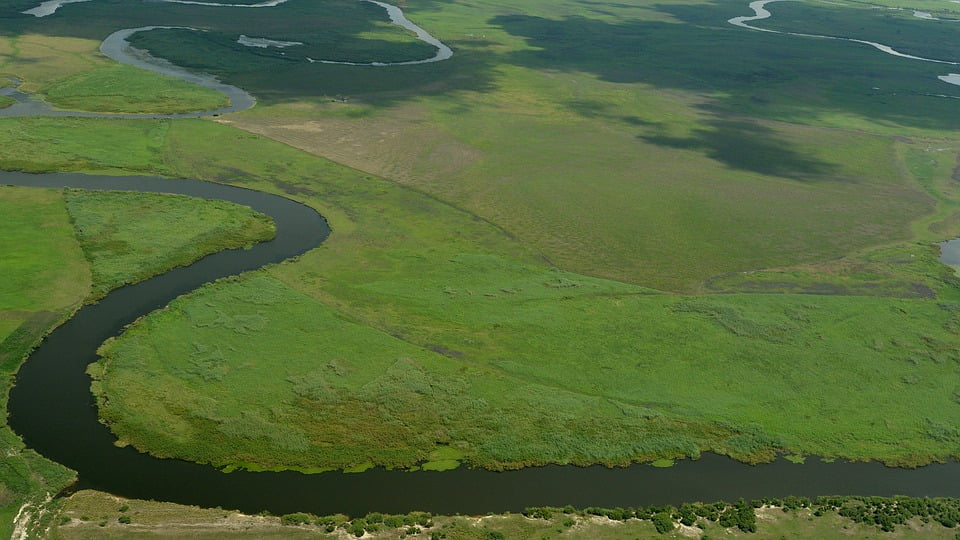 History of the Okavango Delta

Archaeological evidence has revealed that this area has been inhabited for at least 100,000 years but it was unknown to the outside world until the 19th century. The history of its people remains shrouded in mystery but it seems that various different groups have lived here and, at the present time, many of the local residents are relatively recent migrants from other parts of Botswana. The changing population has often been due to conflict and other misfortunes such as disease and in the past the tsetse fly and the malaria mosquito have taken a high toll. Animal diseases such as rinderpest have also wiped out cattle populations causing great hardship. Modern day life in the Okavango Delta has the benefits of much better health care and although farming in this area is still extremely unpredictable, many families still have at least some involvement in agriculture while also gaining some revenue from other activities such as the tourist industry. 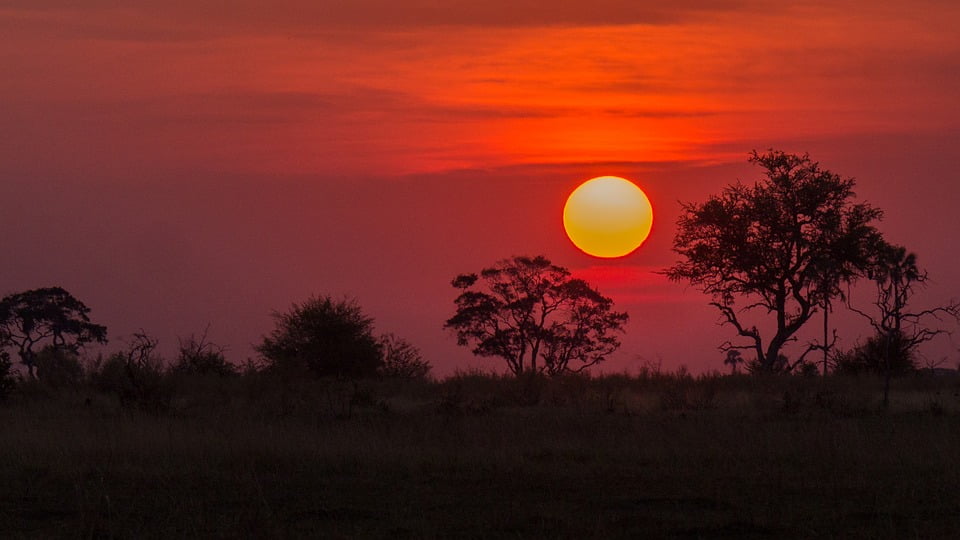 The weather in much of Africa is becoming increasingly unpredictable but the Okavango Delta has the benefit of a year-round water supply meaning that droughts are rare although Lake Ngami has been completely dry at times. The conditions in the delta vary from having permanent, seasonal or occasional flooding of the plains but the seasonal flooding generally occurs between March and June which coincides with Botswana’s dry season resulting in the Okavango Delta becoming an oasis in a parched landscape leading to a great influx of animals. The temperature remains pleasant throughout the year with none of the extremes found in the dryer areas of the Kalahari. It can be rather wet between December and March but this is an area that can be enjoyed the whole year round.

Animals of the Okavango Delta

This unique ecosystem provides suitable habitats for a huge range of animal and plant species and this is probably the main attraction for visitors. All of Africa’s most iconic animals can be found here including lions, elephants, leopards, cheetahs, giraffes and many other grazing species, hippos and both white and black rhinos which are fairly recent reintroductions with very limited numbers. The African Wild Dog is present is high numbers along with other predators such as hyenas. The waters are rich in fish species and the Nile crocodile can be found mainly in the north-west “pan-handle” section of the river. The crocodiles are rather less prevalent than may be expected feeding almost exclusively on fish. Birdwatchers can observe many species and the upper north-west area is generally favoured. 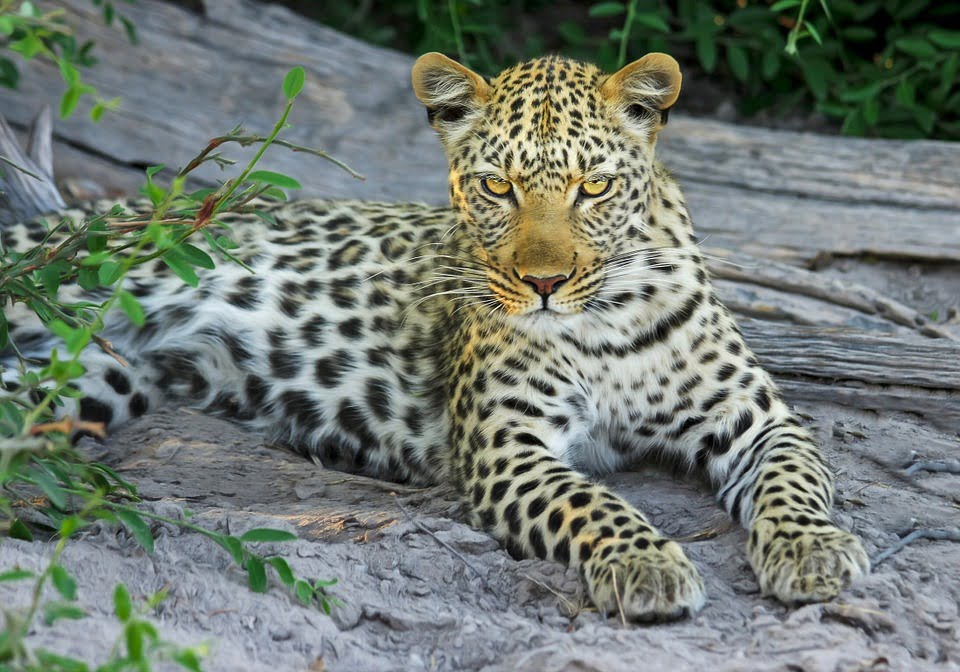 Holidays in this area normally centre on the safari experience and there are many tour operators offering accommodation of extremely high standards. The “Safari Lodge” is perhaps the grandest way to experience the splendour of this wild and wonderful place but other types of accommodation are available even down to spending the nights under canvas. The best way of getting around is by water and, although the waters are classed as being unnavigable, a wonderful way of getting a really close-up view is by taking a trip in a mokoro which is a local dugout canoe punted along with a pole. The apparently endless expanse of streams and lagoons present an enchanted scene with masses of vegetation including floating water lilies and colourful insects such as butterflies and dragonflies. The Okavango is home to 99 different species of dragonflies. With few towns in the area, most visitors will begin their trip from Maun just to the south of the Okavango Delta and here can be found a good range of accommodation along with many experienced tour operators.

Protection of the Okavango Delta

In 2014 the Okavango Delta appeared as the 1,000th site on the UNESCO World Heritage List finally giving it the recognition it really deserves. Prior to this, the government of Botswana have carefully managed the area to maintain and protect its unique ecosystems whilst also providing assistance to local people. The Moremi Game Reserve was established in 1962 and extended in 1970 to include Chief’s Island. In 1992 the whole area was split up into twenty-nine Wildlife Management Areas the control of each being allocated either to private enterprise or local communities. This allows certain exclusive rights to tour operators and provides some much needed additional income to boost the local economy. Other long term planning for the area includes the Okavango Delta Management Plan and the Ngamiland Integrated Land Use Development Plan. 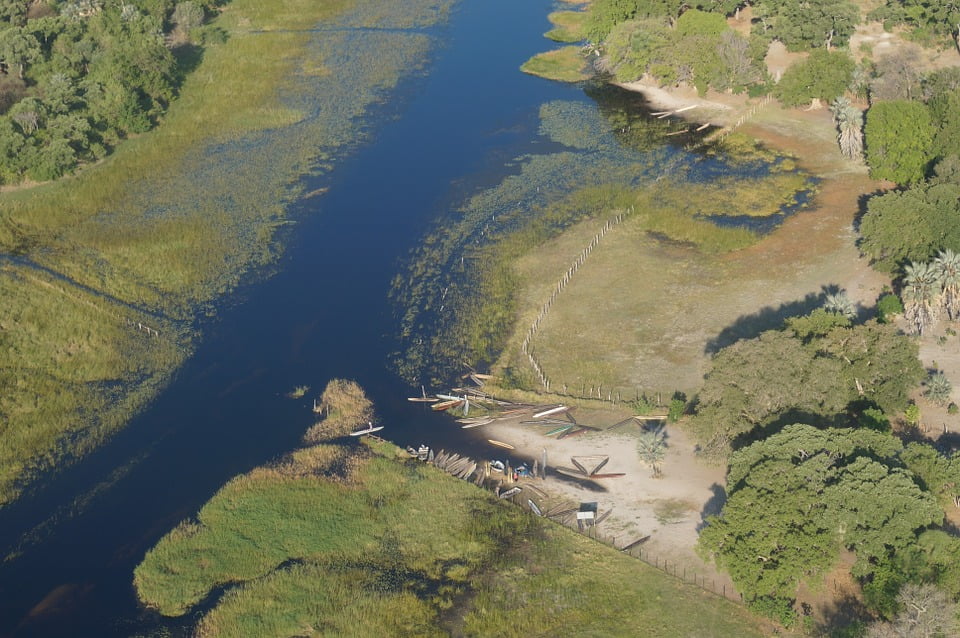 Although the whole of the Okavango Delta is now fully protected, there have been recent concerns that the spring head in the Angola highlands has no such protection. This spring emerges from a forested area and eventually becomes the Cuito River one of the main feeds for the Okavango River. This is a remote area made even more inaccessible due to the presence of land mines laid during Angola’s many years of conflict. These mines are now being cleared with the result that many displaced people are now able to return to their homelands and in some cases this is leading to the clearing of forested areas. Without the forests there would be no spring and consequently no Cuito River. The effect on the Okavango Delta could be catastrophic. There are therefore calls for the whole of this river feed area to be granted full UNESCO protection.

In conclusion, the Okavango Delta is a unique place with a chequered past. It has suffered from the effects of wars, killer diseases and is home to some of the most dangerous animals on Earth. It lacks all modern amenities and is virtually inaccessible with no real facilities for holidaymakers. So why would anyone want to go there? … Quite simply it is one of the most beautiful magical places on the planet. Visiting a swamp may not sound like the best of ideas but those returning from the Okavango Delta tend to speak only in superlatives describing it as “Paradise”, “Eden” or “Heaven on Earth”. 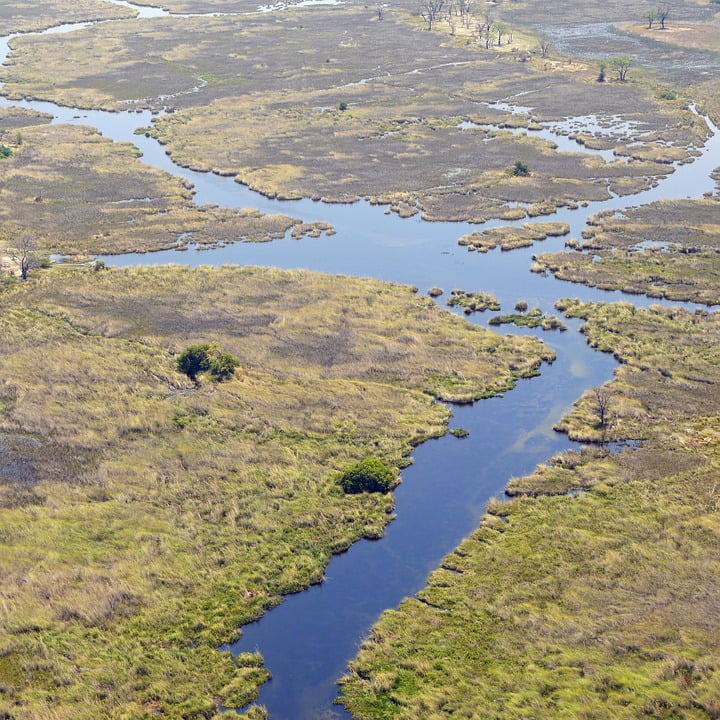 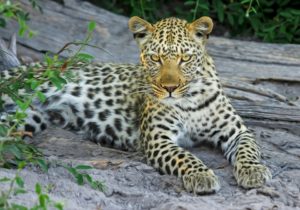