Uluru, or as its often known, Ayers Rock, is a large, sacred, sandstone structure in Central Australia. At 1142ft (348m) high, and 5.8mi (9.4km) in circumference, it is undoubtedly one of Australia’s most recognisable landmarks. Throughout the day, Uluru appears to change colour, ranging in hue from brown and pink, to delicate mauve, and sometimes even fiery red. Impressively, the visible part of Uluru is just the tip of an enormous underground slab.

UPDATE: Climbing the rock will be banned from October 2019. Climbing Uluru is undoubtedly a contentious issue as the route follows the sacred path taken by the ancestral Mala. The indigenous aboriginal owners of Uluru, the Anangu, specifically request that visitors respect their culture and avoid climbing the rock. Further, the Australian government discourage the climb due to the dangers involved. People have died attempting to climb Uluru, and many more have suffered injuries. That being said, the law does not currently prohibit the climb and many choose to disregard the Anangu’s request.

If you do decide to climb, know that despite a chain-rope path to help, the climb is strenuous and will take around 2 hours to complete. As such, you should only attempt to climb if you are fit and healthy. If you are visiting Uluru for the sole reason of climbing, you should bear in mind that it is often closed as a result of strong winds or high temperatures. In fact, if at any point the temperature exceeds 97°F (36°C), climbing is prohibited for the remainder of the day. As a result of the extreme heat during the daytime, climbing at dawn is most popular. Regardless of what time of day you climb, wearing a hat and using plenty of sun cream is necessary, because between the wind and the suns reflections on the rock, you will burn a lot quicker than you’d ordinarily expect. However, if you brave the heat and manage to reach the summit, you will be greeted with an exhilarating, breath-taking panorama, which many regard as the highlight of their whole Australia experience.

If you choose to respect Tjukurpa and Anangu wishes, there are several walks available as an alternative to climbing Uluru. Perhaps the most popular is the magnificent 3.5-hour, 10.6km (6.58mi) Uluru base walk, which takes you around the entire circumference of the rock. Bear in mind that some sacred sights along the way are fenced off from the public domain. The Mala walk provides an interesting alternative, offering an opportunity to learn about traditional Anangu culture, whilst experiencing several caves and a variety of rock art. For a shorter trip, the 1km (0.62mi) Kuniya walk takes you to the Mutijulu waterhole where you can experience the Anangu people telling creation stories firsthand. If you’re looking for somewhere to watch the sunset, take the 4km (2.5mi) Lungkata walk, which offers a fantastic location close to the rock. Lastly, the 4km (2.5mi) Liru walk offers an easy route to the base of Uluru, along which you will often see colourful flowers if it’s recently rained.

The History of Uluru

Steeped in history, archaeological evidence suggests that Uluru has been home to aboriginal people for at least 20,000 years. It’s long been an area of great cultural significance to its indigenous owners, the Anangu. The Anangu believe that they are the direct descendants of those who created all the distinct features and living things in the desert landscape you see today. As such, they firmly regard themselves as responsible for the protection and maintenance of these ancestral lands.

In 1873, William Gosse named Uluru, Ayers Rock, after the Chief Secretary of South Australia at the time, Sir Henry Ayers. Many years later, in 1950, the Ayers Rock – Mount Olga National Park was formed. Then in 1985, the Australian government handed the title back to its rightful owners, the Anangu, on the provision that it would be leased back for a period of 99 years and jointly managed. This led to the adoption of a dual naming policy in 1993, resulting in the now official name of ‘Uluru / Ayers Rock’.

How To Get To Uluru

In order to get to Uluru, you have to first fly to Alice Springs from any major Australian airport. Once in Alice Springs, you can either take a 45-minute flight to Ayers Rock Airport, or take a 4.5-hour drive across Australia’s Outback. Buses from Alice Springs to Uluru are also available, but will inevitably take considerably longer.

Uluru is part of the Uluru-Kata Tjuta National Park, which is open all year round, though opening times vary. The summer (Dec-Feb) will bring extreme heat, whilst the winter weather (Jun-Aug) is a lot cooler. If you’re planning to climb Uluru or do any of the walks, then avoiding the heat and visiting in the cooler months is highly recommended. However, if you just want to see the rock and take photographs, any time of year would be suitable.

Where To Stay Near Uluru

The Ayers Rock Resort is situated just 3.7mi (6km) from the Ayers Rock Airport, and offers 5 different accommodation options at various price points. The choice is between the Sails in the Desert Hotel, Emu Walk Apartments, Desert Gardens Hotel, Outback Pioneer Hotel & Lodge and the Ayers Rock Campground. Whether you’re looking to luxurious accommodation, or just somewhere to lay your head for the night, your preference will be catered for. 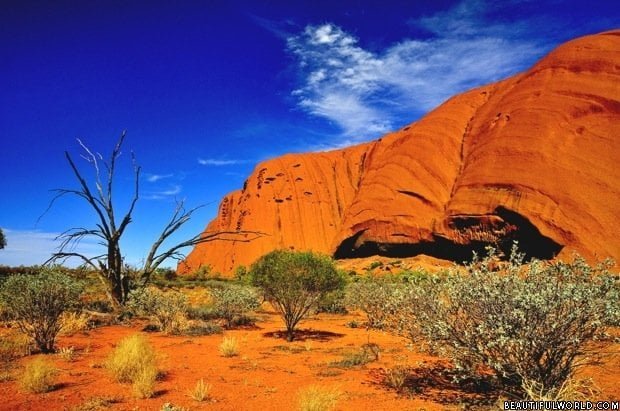 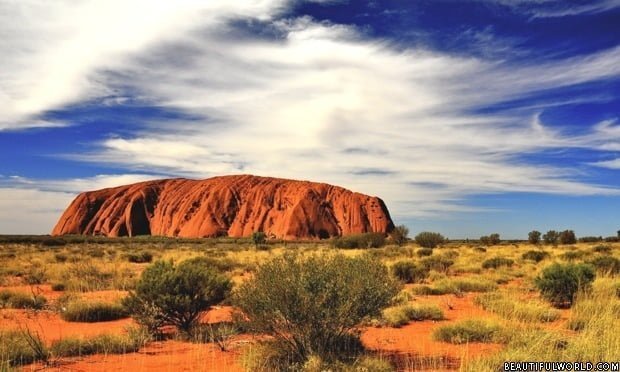 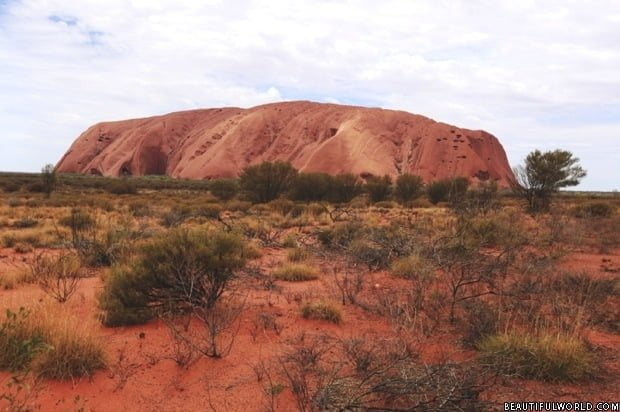 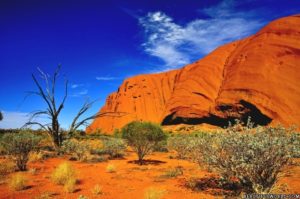