California’s rugged Pacific coastline certainly has no shortages of scenic beauty but few locations can match the splendour of the Alamere Falls where the waters cascade over a cliff face directly to the ocean below. Such coastal waterfalls, sometimes referred to as tidefalls, are fairly unusual and attract many sightseers.

Some natural beauty spots can be marred by over-commercialisation and inappropriate development but fortunately, this waterfall has evaded such a fate and it remains in a truly unspoilt state. It is located deep within the Point Reyes Seashore National Park in Marin County in an area designated and maintained as a wilderness (Phillip Burton Wilderness). Such wilderness areas are strictly controlled in order to ensure that they remain in a wild and natural condition.

The main waterfall has a drop of around 40 feet and this is the most widely visited and photographed waterfall but, depending on the route taken, some visitors may also wish to visit the Upper Alamere Falls where there is a drop of around 30 feet over a series of cascades.

Visiting the falls requires a substantial hike but there are various different routes with a number of starting points. The first part of the journey involves reaching the chosen “trailhead” and most visitors arrive by car from Bolinas by following the Mesa Road to its end. It should be noted that for the last mile or two this road has a loose surface meaning that extra care needs to be taken and four wheel drive vehicles offer definite advantages. The Palomarin Trailhead is one of the most popular starting points and car parking is available but, due to the popularity of this destination, spaces are soon filled during busy times such as weekends so the advice is to arrive very early or choose to visit at a less busy time such as mid-week. 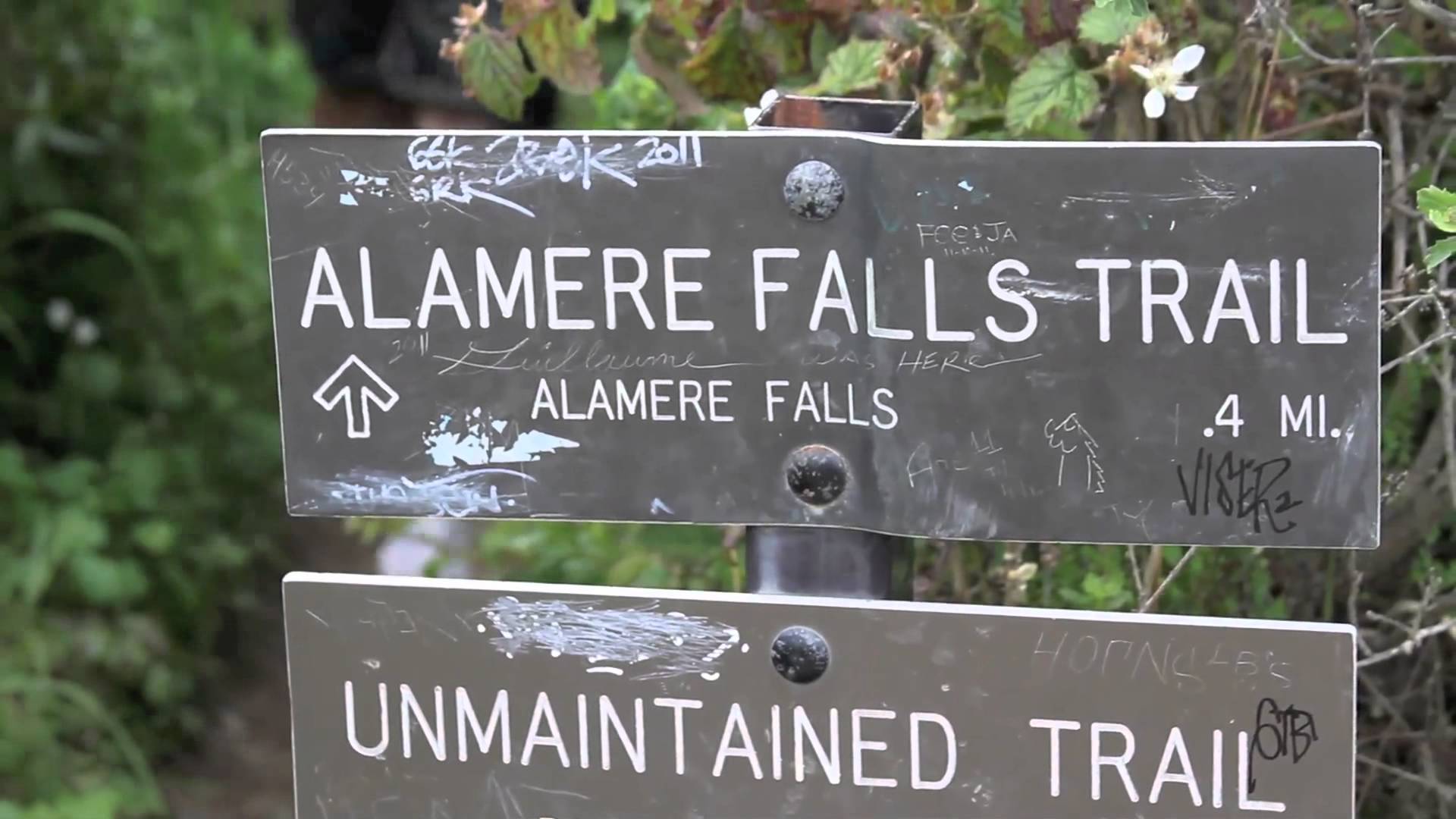 Some older travel publications (and a few ill-informed modern travel guides) mention reaching the waterfall via the Alamere Falls Trail but the Park Authorities are keen to stress that this old path has been seriously damaged and degraded due to erosion and is no longer a maintained trail. Walkers using this route face very real dangers and difficulties.

There are many different paths in this area but, disregarding the redundant Alamere Falls Trail, the most popular hikes commence from the Palomarin, Bear Valley and Five Brooks trailheads. The most direct hike to the falls is from the Palomarin Trailhead and this largely follows the Coastal Trail and the route passes Pelican Lake and Bass Lake. The latter is accessed via a side trail and is a popular spot for swimming during the summer. The actual length of this hike is the subject of some debate with Park Authorities advising of a 13 mile round trip but some hikers claiming it to be as little as 8 miles. The reasons for these discrepancies appears to be that the recommended route is to hike to the Wildcat Beach camp-site and then access the falls by walking south for about a mile along the beach.

Many hikers have chosen a shorter, more direct, route by taking an unofficial short-cut. This is usually clearly indicated by informal direction signs using sticks and stones and it involves following a steep and often slippery pathway through a densely forested area. This route is not without dangers and some hikers have dubbed it “Poison Oak Alley” due to the presence of dangerous vegetation. Ticks can also be a problem so great care and vigilance is needed.

For those preferring a longer stay, camping is a great option. The National Park offers a number of camp-sites with the Wildcat Camp-ground being just a mile from the falls. This site is located on an area of rough meadow overlooking the sea. The facilities offered are basic and it is only available to those arriving by foot (hike-in or boat-in).

For any outdoor excursion involving a long hike, the weather is an important consideration. The weather at this location is fairly typical of the Bay area and fortunately, weather forecasts are widely available in the media and online. Wet weather can make the trails difficult and dangerous as this area is largely made up of loose shale but a visit following rains can enable the falls to be viewed at their most spectacular.

This beautiful location attracts many visitors each year but accessing the falls is far from easy. This is wild and potentially dangerous country and visitors need to be extremely careful at all times. Each year sees many rescues of visitors who have had accidents or experienced other difficulties so appropriate clothing, especially footwear, should be selected. The cliffs themselves are very unstable presenting dangers to those both above and below. Maintaining the site in an unspoilt condition is a major concern and there are certain restrictions. No pets are allowed and no glass containers should be carried. There is a ban on portable radios or similar music systems and the flying of drones is prohibited. Despite these restrictions, it should be noted that not all visitors abide by the rules with the area around the falls being far from tranquil at busy times and it is not uncommon to have to stand in a queue to get into the best location for taking photos at the falls. Those choosing to reach Alamere Falls via Wildcat Beach will also need check the tides as the sea sometimes reaches the foot of the cliffs.

A visit to Alamere Falls is a true adventure and an experience never to be forgotten. 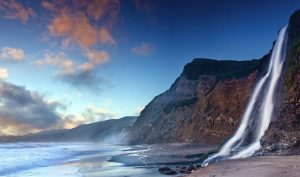