Tiger Leaping Gorge, set to the backdrop of the majestic Jade Dragon and Haba Snow Mountains of China, is one of the deepest gorges in the world. The Jingsha River flows through its beautiful 10mi (16km) length, nestled between towering cliffs of up to 12,795ft (3900m). At its narrowest point near the mouth of the river, a large rock sits midway across the water. According to legend, a tiger was seen using this rock as a stepping stone, enabling it to leap across the river, hence its unusual name.

Having been explored by western hikers since the 1980’s, Tiger Leaping Gorge previously offered two different marked footpaths to choose from; the High Trail and the Low Road. However, the Low Road has now been transformed into a road for vehicles and is best avoided unless you enjoy being enveloped in dust clouds from passing traffic.

Fortunately, the High Trail remains available for travellers who wish to embrace the climb and take in beautiful panoramic views of the stunning landscape. The path is easily accessible and well signposted, though should not be taken lightly, as it certainly provides a workout. Those with dodgy knees may wish to give this one a miss, as ‘smooth’ is one word that has likely never been used to describe the path to the top. Further, as it takes a strenuous eight hour walk to reach Walnut garden, visitors typically spread the hike over two days, stopping off overnight at one of the many clean, family run guesthouses en route.

If such a long walk doesn’t appeal, then consider hiring a pony to carry you to the gorges highest point. You will most likely be approached and offered one, so do not worry about seeking out an owner.

For trail and weather updates, enquire with one of many cafes/lodges in either Lijiang or Qiaotou. Most will stock detailed gorge maps as well, though note that they are often not to scale/not fully up to date. Before setting out on your hike, be sure to bring 2-3 litres of water, as well as a hat/plenty of sunscreen. Remember that an entrance fee is levied to access the gorge, which as at January 2015 was CNY 65.

The Jingsha River can be divided into three sub-sections. The highest and most narrow (98ft/30m) section is the mouth of the river, home to the legendary rock mentioned above. The middle section drops another 330ft (100m), and the already fast-flowing river hastens further to an incredible speed. Roaring waters slam into sharp, hefty rocks, crashing down into the river, forging impressive swirling whirlpool rapids. The third and final section is the lowest of the three, and is acknowledged as being the wildest attraction of all. Here, the cliffs steepen adding danger, the river storms powerfully around the river bends creating sizable waves and significant white-water as it smashes against the mountainside.

When to visit Tiger Leaping Gorge

Whilst open year round (8.30am to 6.00pm), the best time to visit Tiger Leaping Gorge is April to May, or September to October, when the weather is typically dry and bright. Avoid the rainy months of July and August, where landslides become a real possibility. Winter months can be particularly cold in the evenings and snow is not uncommon, though surprisingly, days can be sunny and relatively warm. Regardless of which time of year you decide to visit, warm/waterproof clothing is advised, as conditions can be volatile.

How to get to Tiger Leaping Gorge

Buses depart from Lijiang to both Qiaotou and Daju (the villages at either end of the gorge) on a regular basis. The public transport is very accessible, and prices are reasonable.

Where to stay at Tiger Leaping Gorge

Along the High Trail, there are a number of clean, family run guesthouses on offer, charging reasonable prices for a night’s stay. Be aware that prices increase during peak periods, but outside of these times, the guesthouses offer peace and quiet, incredible views and impressive hospitality at very affordable prices.

There are also various choices of accommodation at both ends of the gorge, in Daju (charming village at the north end) and in Qiaotou (small town at the south end). 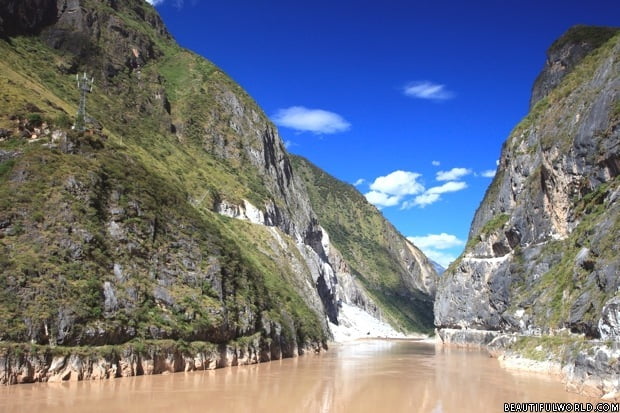 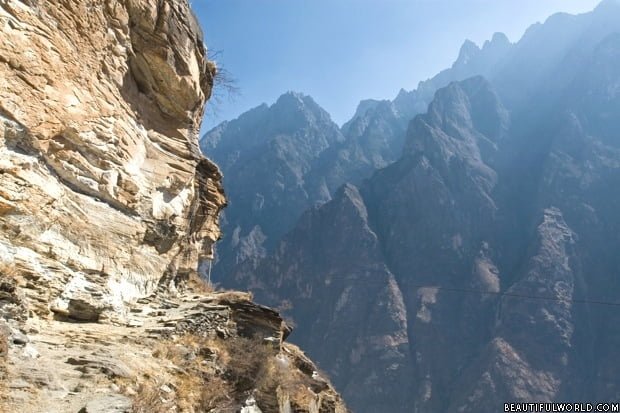 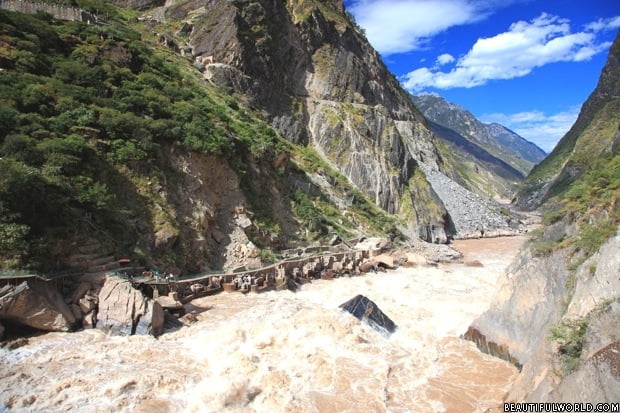 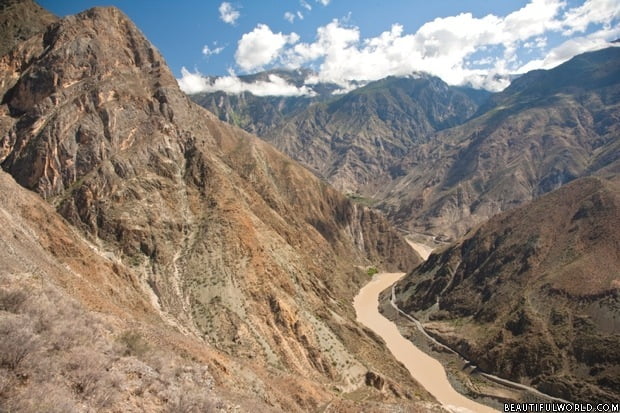 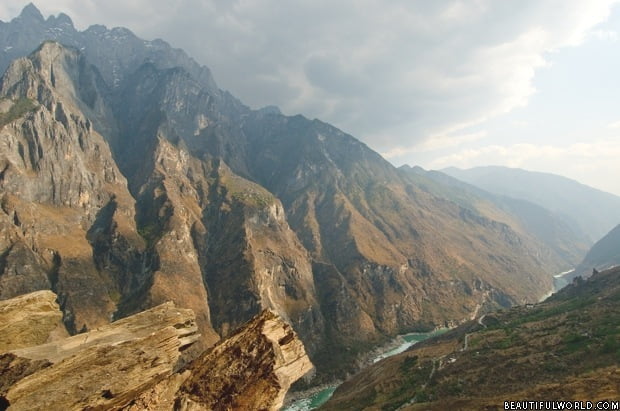 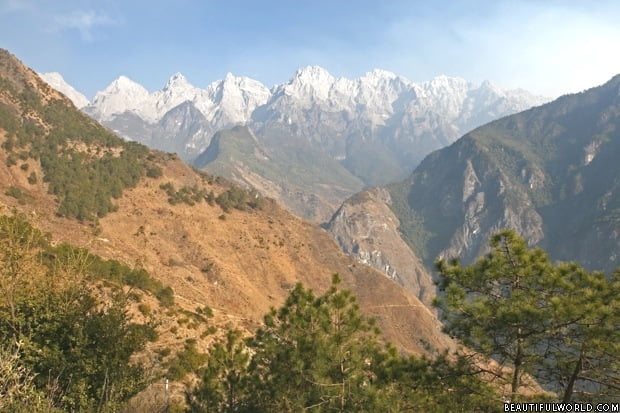 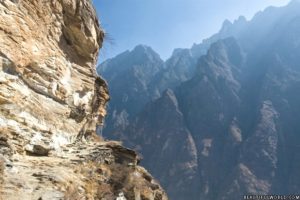