The cascading Cenarth Falls on the River Teifi are the centrepiece of the village of Cenarth on the border of Pembrokeshire, Ceredigion and Carmarthenshire. The perfect location for a relaxing day trip; keep an eye out for the famous leaping salmon along the river.

What to do in Cenarth Falls

Take a lovely peaceful walk along the riverbank where you will be met with picturesque views of the River Teifi, the 17th century bridge and finally the breathtaking Cenarth Falls themselves. After you’ve been for a walk, you can stop off at one of the 2 idyllic pubs in the area for a nice cup of tea and a bite to eat.

If you would like to find out more about the history and culture of the area, then be sure to visit the National Coracle Centre, set in the grounds of the 17th century flour mill, along the river Teifi. Here you can take in some of Cenarth’s rich history, which centres around the coracle. A coracle is an ancient fishing boat, typically weighing between 25-40 pounds (11-18kg) and built with a basket framework covered with canvas and tar. Fishermen used to walk 5-10 miles up the River Teifi, before drifting back down, hoping to catch salmon or trout. Examples of coracles from all over the world can be found here, including the ones used on the River Teifi.

How to get to Cenarth Falls

The easiest way to get to Cenarth is to drive as it is a small village with no train station and limited public bus services. It is well signposted from local areas, and served by either the A484 or the B4332 roads. When you arrive in Cenarth, there is parking available on the north side of the river for a small charge, or a few free spaces can sometimes be found on the south side of the river.

Where to stay in Cenarth

There are a number of small camping grounds and caravan sites in the area, along with one larger holiday park in Cenarth itself. Numerous self-catering cottages can also be found in Cenarth and neighbouring villages. If you are looking to stay in a hotel, your best option may be to stay in nearby Cardigan (7mi/11km). 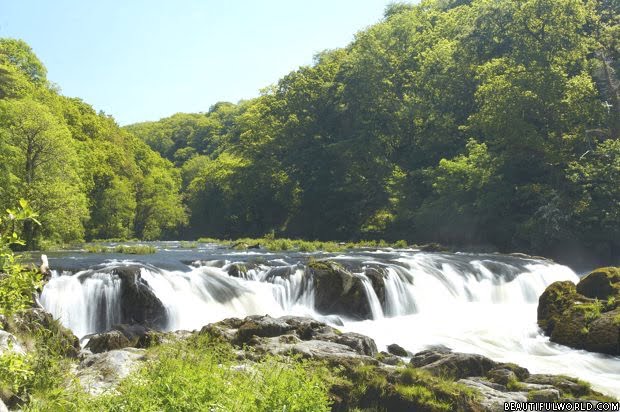 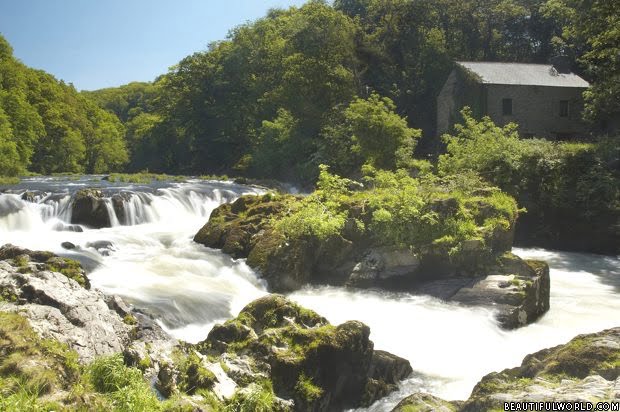 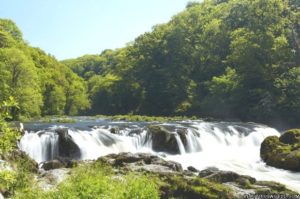