Reed Flute Cave is a natural limestone cave in the Guangxi province of China. Its name is derived from a variety of naturally abundant reed that grows throughout the area, which can be used to make flutes. The Reed Flute Cave boasts bodies of water, extraordinary stalagmite and stalactite formations, as well as a number of ink inscriptions dating back to the 8th century. The sheer number of rock formations, paired with their variance in form and color, has led to the cave being deemed “The Palace of Natural Arts”.

The Reed Flute cave is a 787ft (240m) long water-eroded cave, featuring a fascinating collection of stalactites, stone pillars and rock formations created by carbonate deposition. Many of the formations in the cave have been compared to recognisable shapes of mythological creatures and natural images. For instance, there is a formation that looks like the Statue of Liberty.

Each rock formation has been given a poetic name by the Chinese. For instance, you have the Crystal Palace, the Virgin Forest, Dragon Pagoda, and the Flower Mountain.

Within the cave, there are over 70 inscriptions emblazoned on the rock with ink. These are poems/travelogues written by intellectuals who visited the cave during the Tang Dynasty, and have been dated back as far as 792AD.

Despite this evidence of popularity during ancient times, the Reed Flute cave was almost completely forgotten for a thousand years before its rediscovery in the 1940’s by a group of refugees, fleeing Japanese troops.

Twenty years later, the cave was formally opened to the public (1962).

The enormous ‘Crystal Palace of the Dragon King’ chamber, was once used as a bomb shelter, providing capacity for approximately 1000 people.

A legend surrounds the giant white slab of rock that hangs from the ‘Crystal Palace of the Dragon King’ chamber. It is said to be the Dragon Kings needle, used as a weapon by his enemy, the Monkey King. The Monkey King used the needle to destroy the Dragons army of jellyfish and snails, leaving their petrified remains scattered around the floor of the cave. 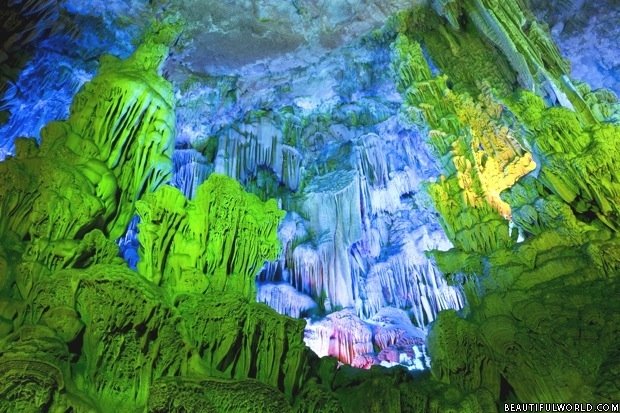 Opening hours are typically 8am – 5pm.

A small admission fee is payable to enter the cave (CNY 90).

It is recommended that you spare at least 1-2 hours at the cave to truly enjoy your visit.

Visitors enter the cave and embark upon a U-shaped sightseeing route, before departing the cave from an opening near the one used as an entrance.

Photography is permitted, but the flash must be turned off. In order to take good photographs, your camera will therefore need a high ISO level.

Unless you are a professional photographer, you may find it tricky to take photographs that emulate what you see with your own eyes.

The artificial mood lighting in the cave is in place to emphasize the visual effect of the colored rocks.

You can purchase reed flutes from outside the cave, though be sure to bargain with the vendors though as the first price you are given will not be the best price they are willing to accept.

If you are inclined to slip away from the tour groups, then remember to bring a torch, as the illuminations may be turned off as the crowds move on.

Where to stay near the Reed Flute Cave

The Reed Flute Cave is situated just 3 miles (5km) northwest of downtown Guilin, and therefore a range of accommodation options are available to suite all tastes and budgets. 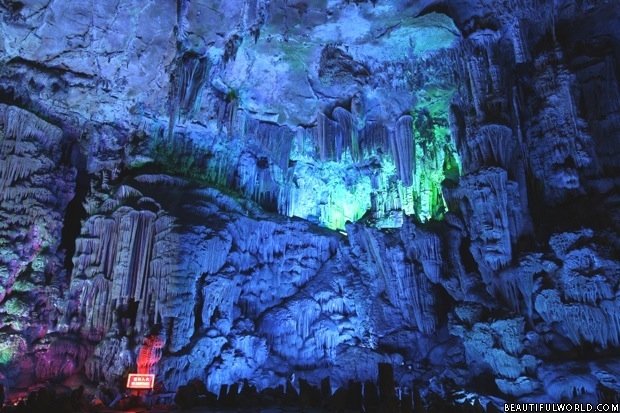 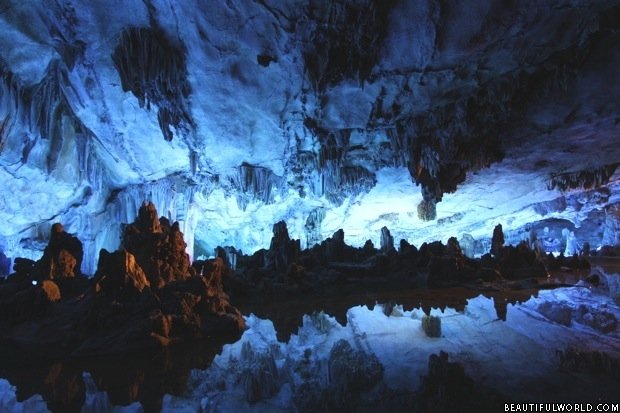 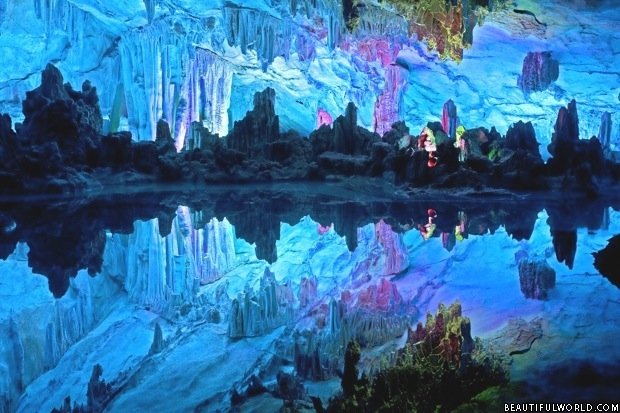 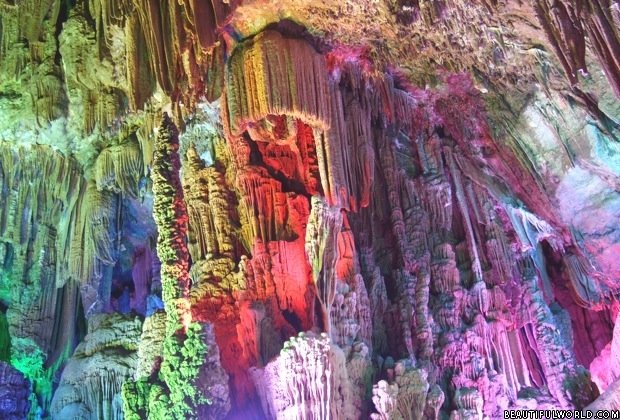 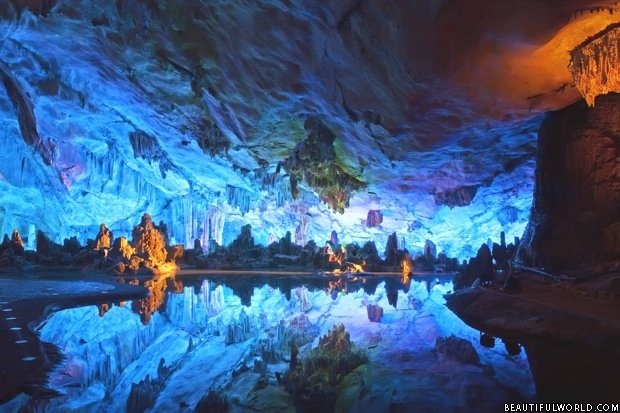 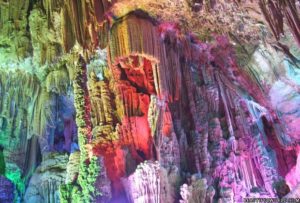