The Wollomombi Falls is a plunge waterfall found within the Oxley Wild Rivers National Park. It is one of the highest waterfalls in Australia, dropping an impressive 228m (750ft) into the stunning Wollomombi Gorge. Whilst often covered in mist, the falls offer visitors spectacular views, particularly after heavy rain in the area increases water flow. The falls are located in the Southern East state of New South Wales between Sydney and Brisbane –  marked as 1 on the map below.

Wollomombi Falls is about halfway along the Waterfall Way which is one of Australia’s most scenic drives, see map below.

The National Parks and Wildlife Service maintains the Wollomombi Gorge and Falls picnic area. There is a car park at this area, from which a number of walks originate. Most of the paths are loose gravel underfoot, and whilst flat for the most part, also feature some rather hilly sections. Therefore, appropriate footwear is recommended.

How to get to Wollomombi Falls

The Wollomombi Falls are situated in the Oxley Wild Rivers National Park, in New South Wales, Australia. The falls are less than 1km (0.62 miles) south of the village of Wollomombi. To access by car, the drive is approximately 2.5km (1.55mi). Take the Waterfall Way towards Armidale from Wollomombi, and turn-off approximately 1.5km (0.93mi) along this road. The nearest airport to Wollomombi is Armidale, which offers internal flights from Sydney. 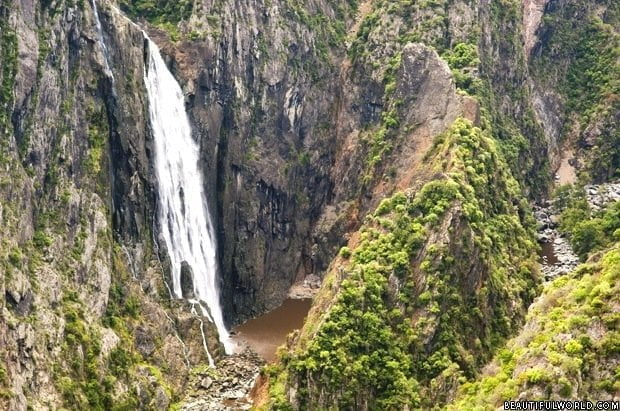 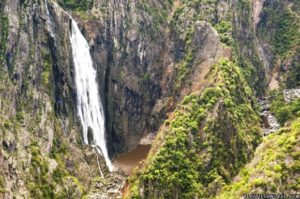