The Wadi Rum consists of 278 square miles (720 sq. km) of desert wilderness. Commonly called ‘The Valley of the Moon’, Wadi Rum is a protected southern Jordan valley featuring sand varying in color from light tan to brick red and narrow canyons that cut deep into the huge granite and sandstone mountains, many concealing ancient rock drawings etched by the deserts inhabitants over millennia.

For thousands of years, people have inhabited Rum, struggling to survive in its harsh desert conditions. Hunters, farmers, traders and pastoralists have all called the area home. Even the famed Nabateans once resided in Rum, leaving behind several structures upon their departure.
In more recent times, the local people gained notoriety after joining the Arab revolution under King Faisal, fighting alongside Lawrence of Arabia in 1917/18 against German/Turkish armies. Lawrence himself made a number of references to Wadi Rum in his book titled, ‘The Seven Pillars of Wisdom’.

Virtually all those living in Wadi Rum today have Bedouin backgrounds, and led nomadic lives until the recent increase in tourism, relying on their herds of goats. Recognising the increasing importance of tourism in the area, Jordan’s government declared Wadi Rum a protected area in 1998. As a result, a team of locals now conserve the area under the Aqaba Special Economic Zone Authority, with the aim of safeguarding the sensitive desert landscape from increasing human pressure.

Wadi Rum has featured heavily in many mainstream movies, such as the famed Lawrence of Arabia (1962), or Red Planet (2000), where it was used to replicate the surface of Mars.

Very few trees can be found in Rum, with those that do exist falling into three categories: false figs, tamarisks, and acacias. Acacias provide the stereotypical image of a desert tree, with flat tops and spiny sparse branches.

Visitors to the desert typically see very few animals due to the fact that most are nocturnal to avoid the blistering daytime heat.

The local Bedouin people belong to one of several tribal groups, such as the Zalabia, Zweideh, Sweilhieen, Omran, Godman and Dbour tribes.

The red color of the mountains and sand in the valley is due to the presence of iron oxide.

The sheer sided mountains of granite and sandstone emerge from open valleys to reach heights of over 5577ft (1700m). 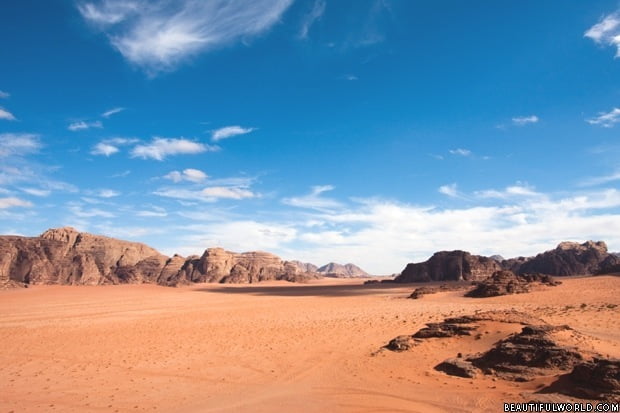 The best time of the year to visit Wadi Rum is either in early spring (March/April) or in late autumn (October/November). Travelling between December and February is not ideal as both rain and snow are common, whilst between May and September, daytime temperatures are excessive (exceeding 40°C/104°F). Be aware that regardless of when you choose to travel, temperatures at night can fall below 0C.

How to get to Wadi Rum

Wadi Rum is situated 36mi (58km) north of Aqaba, in the south-western corner of Jordan. Main roads connect the desert with nearby main towns, such as Aqaba (36mi/58km), Petra (71mi/114km) and Amman (201mi/324km). You can hire a car or arrange a taxi from all three of the aforementioned towns. If you would prefer to fly, daily flights run between Amman and Aqaba. Public transport in the area is limited, and must be well researched prior to departure.

Where to stay in Wadi Rum

Visitors who wish to stay overnight in the Wadi Rum protected area have two options – camping, and bed and breakfast. Camping options range from wild campsites with virtually no facilities, to luxurious Bedoiun campsites with numerous facilities and entertainment on offer. However, these luxurious sites are typically located outside of the protected area.

There are no hotels within a stones throw away from Wadi Rum. In fact, you will need to venture as far as Aqaba (36mi/58km) or Petra (71mi/114km) for a wide selection of hotels providing creature comforts.

Drive your vehicle only on designated tracks.
Do not hunt in the desert, or remove any plants, animals or artefacts.
Camping/climbing is only permitted in official sites.
Do not damage trees/shrubs.
Graffiti is not permitted.
Do not litter – take your trash away with you.
Respect local people, and always ask before taking photographs. 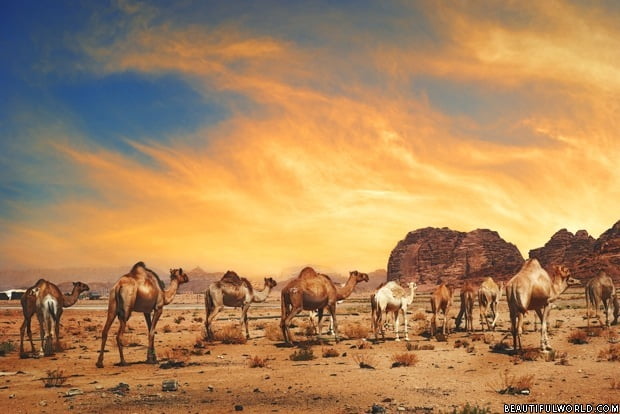 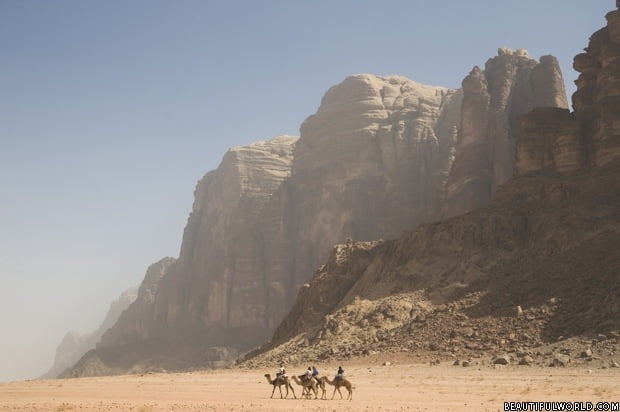 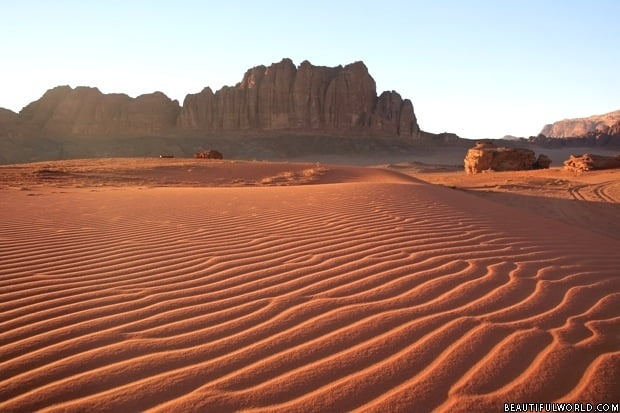 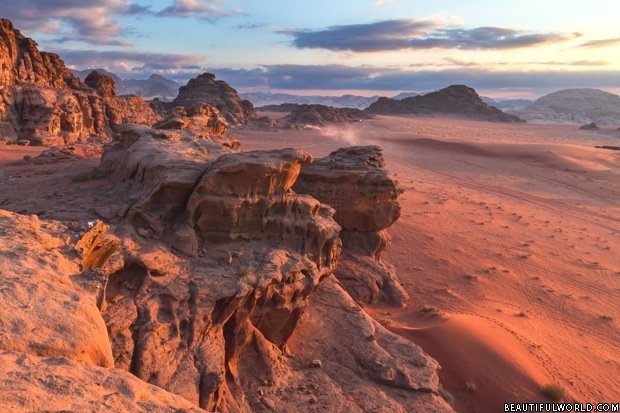 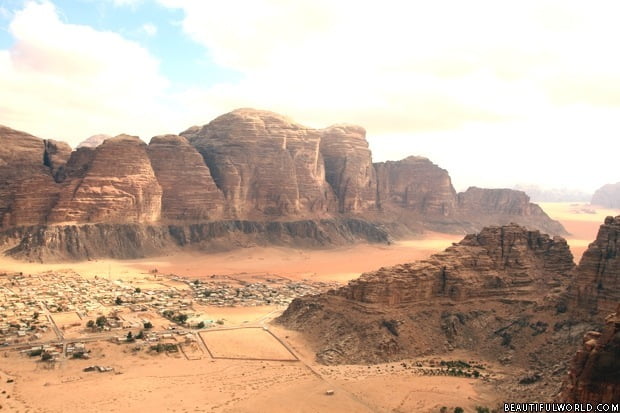 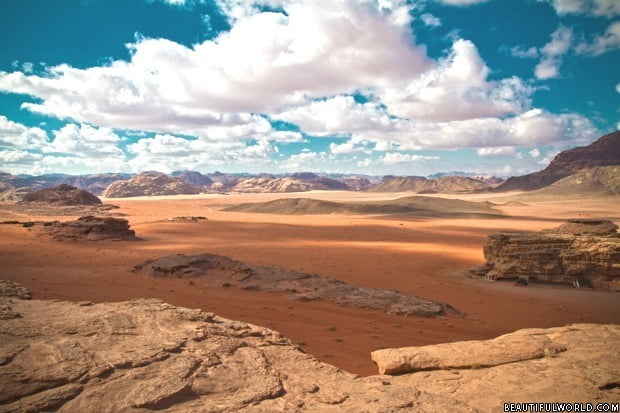 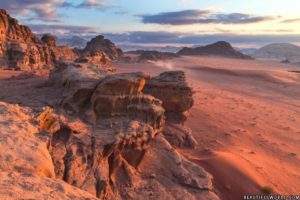