Recognized as America’s first national park, Yellowstone is a vast nature reserve situated in the USA. The park encompasses an area of 3472 square miles (8987 sq. km), occupying a large portion of Wyoming, as well as swathes of Montana and Idaho. Forests, mountains, rivers and half of the world’s geothermic features are found in the park including the famous Old Faithful Geyser. Its diverse ecosystems support a vast array of both animal and plant life with most of the U.S. top predators found living in the park. Download the Offiical Yellowstone Park Map.

People have lived in the Yellowstone National Park region for more than 11,000 years. Native American tribes are known to have hunted and fished the land and waters over many centuries. Generations of American Indians left little trace on the landscape, taking only what they needed to feed and clothe themselves and their families.
Although the region was explored by a handful of European settlers and rugged mountain-men during the early 19th century, consistent exploration did not begin until the 1860’s. American geologist Ferdinand Vandeveer Hayden visited the region during the 1870’s, putting together a comprehensive report detailing all that he saw.

Hayden fell in love with Yellowstone, and argued that “setting aside the area as a pleasure ground for the benefit and enjoyment of people” was the best way of protecting the area’s phenomenal beauty.

In 1872, Yellowstone was designated a national park by President U.S. Grant. Originally, the US Army was commissioned to look after the park, though responsibility was transferred to the National Park Service (which was founded in 1916) in 1917. Duly, the park is renowned as the worlds first National Park. 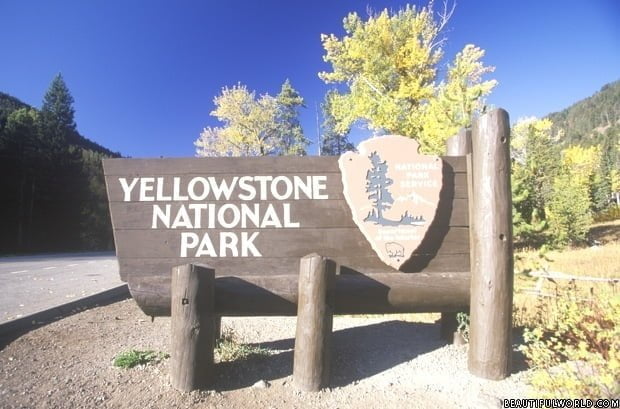 Yellowstone National Park boasts a total of 290 waterfalls measuring over 15ft (4.5m) and flowing year round.

Yellowstone national park is home to a county jail, served by a single judge and an FBI agent. 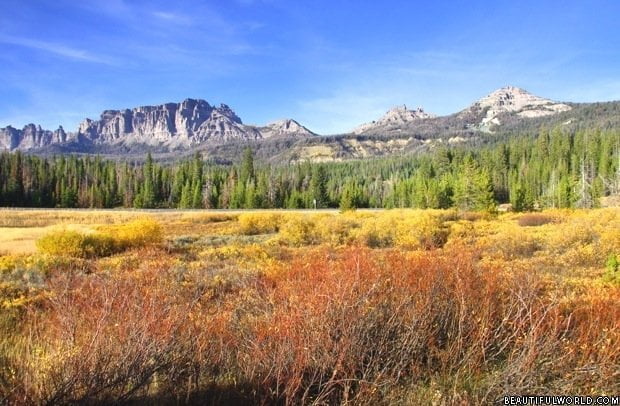 Yellowstone National Park is larger than both Rhode Island and Delaware combined. 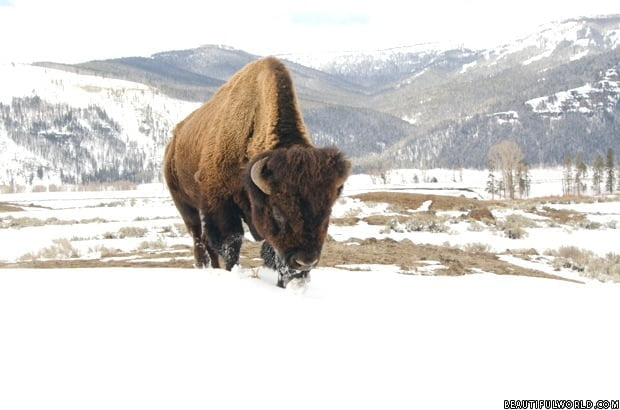 Yellowstone National Park offers limitless opportunities for discovery and adventure. Entrance fees are levied at the main gates: $25 per private vehicle, $20 per snowmobile/motorcycle, or $12 per visitor on foot. These fees provide 7-day access to both Yellowstone and Grand Teton National Park. Fees correct as at January 2015.
Once inside the park, there is much to see and do. With roughly 1000mi (1600km) of backcountry trails, many suitable for day hikes, hiking is understandably popular.

Walkers are advised to set out from visitor centres and ranger stations, where further information about routes and weather conditions can be sought and maps purchased. Ranger led walks are popular among those seeking to learn more about the landscape. A comprehensive programme of ranger led events runs all year round.

Boating, fishing, cycling, snowmobiling, cross-country skiing and snowshoeing are other popular activities available. Most vacationers take in Old Faithful, which is a large geyser that erupts on a regular basis. The region in which the geyser is situated is home to a wealth of geysers, waterfalls and lakes, as well as the Old Faithful Inn, one of very few remaining log hotels in the US. Click to see a constant stream of the Old Faithful geyser, provided by the National Park Service. 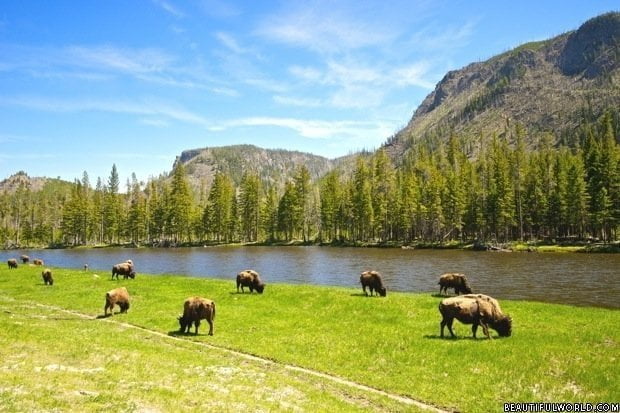 Getting to Yellowstone National Park

Yellowstone National Park is accessible by road, with several bus companies ferrying visitors to and from the park. Bus services are available from Bozeman, Montana all year round. 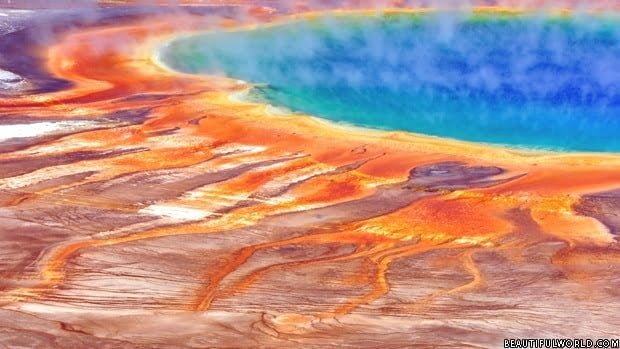 When to visit Yellowstone National Park

The park is open all year round, although many attractions are closed during the winter. It is busiest during spring and summer, though due to its size, it rarely feels crowded. During the summer, frequent road works are liable to cause delays. 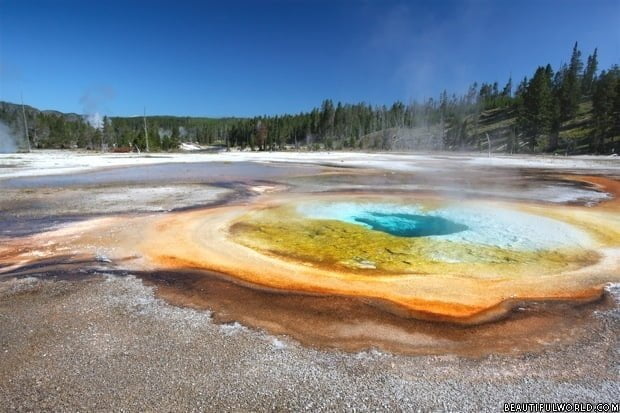 Where to stay in Yellowstone National Park

There are several accommodation options available within Yellowstone National Park. Hotels, guesthouses and various lodging facilities can be found near major tourist attractions such as Old Faithful. There are also 5 reservation only campgrounds, and 7 first-come-first-serve campgrounds in Yellowstone.

Backcountry camping requires a backcountry camping permit, which can be acquired for free no more than 48 hours in advance. Permits can be sought at a number of ranger stations and visitor centres. Note that backcountry campers must stick to designated campsites and the maximum stay in each campsite is between 1-3 nights. 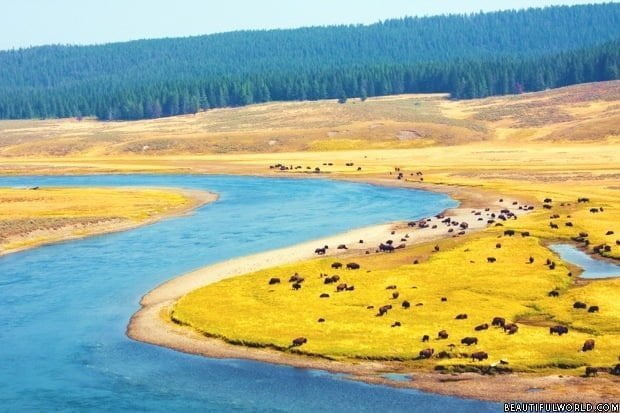 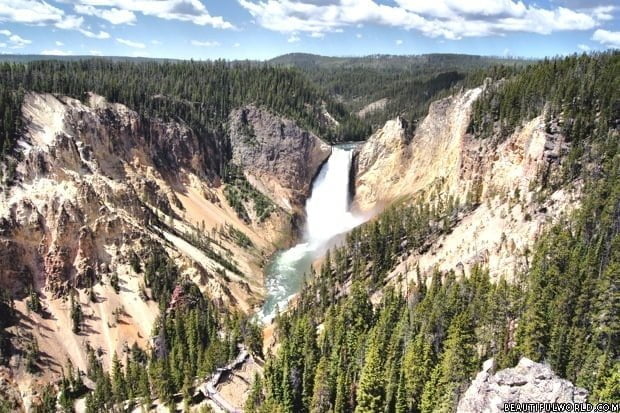 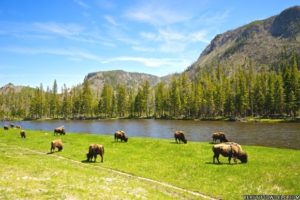