The Carlsbad Caverns are a series of natural limestone caves located in Carlsbad Caverns National Park, in the Guadalupe Mountains of New Mexico. The “Big Room” is the most impressive in terms of both formations and size, measuring an enormous 1220m (4000ft) in length and 68m (225ft) in height. However, there are multiple chambers featuring an abundance of natural marvels that are not to be missed. The Carlsbad Caverns are rich with speleothem formations, fossils, underground pools, and hundreds of thousands of bats, which emerge in a dazzling nightly ritual. 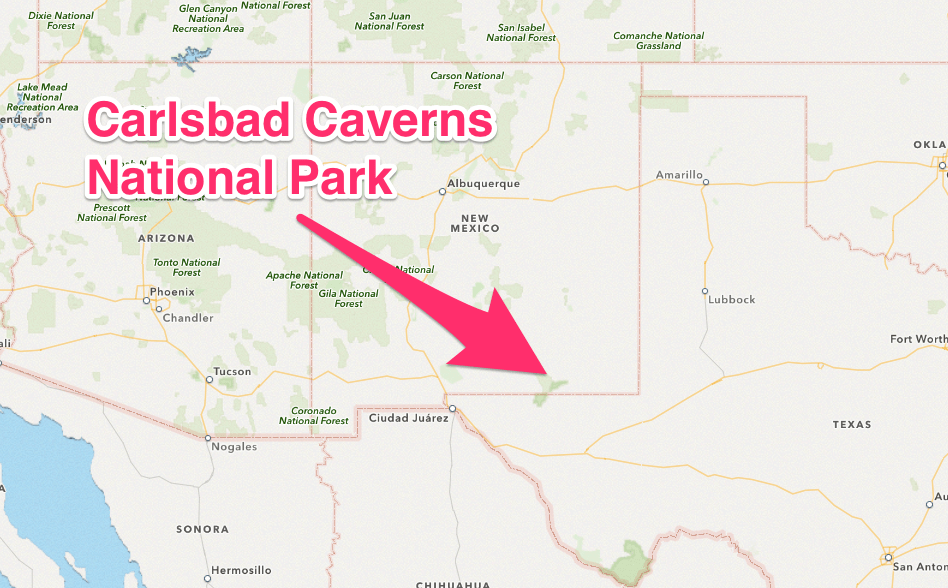 Carlsbad Cavern is one of over 300 limestone caves in a fossil reef laid down by an inland sea 250 to 280 million years ago. Approximately 13,000 years ago, the areas now occupied by the national park were home to nomadic Native American tribes. During the 16th century, Spanish explorer Cabeza de Vaca was the first Spanish pioneer to cross south-eastern New Mexico in 1536. Throughout the 18th, 19th and 20th centuries, industrial and commercial exploits in the region increased.

Between 1915 and 1918, American photographer Ray V Davis photographed the extensive underground cave system. His photographs attracted a great deal of local interest and some historians suggest that the attention this forgotten photographer garnered was instrumental in attracting tourists to the caves during the roaring twenties – marking the beginning of its life as a major tourist attraction.

In 1923, Carlsbad Caves was declared a National Monument, and seven years later, the Carlsbad Caverns National Park was created in order to protect the largely uninhabited cave region. Today, the park museum boasts more than a million cultural artefacts, including many ancient fossils and skeletons.

The bones of ice age animals such as giant sloths and lions have been found in entrances to the caverns.

A little known interesting fact is that within the caverns, there are some rare microbes that haven’t been discovered anywhere else in the world. In the pristine Lechuguilla Cave, scientists are researching clusters of extremophile microbes, which are thought to be a possible cure for cancer (read their article here).

The premier explorer of Carlsbad Caverns was Jim White – who began exploring the cave system as a teen in 1989, using a handcrafted wire ladder. For over a decade, he struggled to convince other locals that there was much to Carlsbad Caverns.

Tickets can either be reserved in advance and collected from the ticket desk at the visitor center, or purchased upon arrival in the park. The admission fee is payable by all aged 15 and over. There are 2 entry points into the caverns: via elevator, which departs from the Visitor Center, and via the natural entrance, situated just a short walk away. Tourists are permitted to navigate the underground pathways unguided. However, guided tours are popular among those seeking to hear about the caves interesting history and geological significance. Various tours run throughout the day though they are often oversubscribed so reservations are recommended.

Getting to Carlsbad Caverns

The easiest way to get to Carlsbad Caverns is undoubtedly to drive. The visitor center is 27 miles (43km) from the town of Carlsbad, and there is a single, well sign-posted road to follow. The entrance road begins 7 miles (11.2 kilometres) from the park’s entrance and leads visitors all the way to the Visitors Center, which is situated a stone’s throw from the caverns natural entrance. For those who don’t drive, the park is also serviced by regular public transport in the form of buses (Greyhound / TNMO).

Is Carlsbad Caverns open all year round?

The Carlsbad Caverns National Park is open to the public every day of the year, with just 3 exceptions – Thanksgiving, Christmas Day and New Year’s Eve. There are several fee free days, including Martin Luther King Jr Holiday (January 21) and National Park Week (April 22 – 26).

Where to stay at Carlsbad Caverns

There is no accommodation available inside Carlsbad Caverns National Park. However, the nearby town of Carlsbad (27mi/43km) offers a range of accommodation to suit all budgets/taste – ranging from basic lodging to luxurious resorts. If you prefer to camp, then free camping permits can be acquired at the Visitor Center, though camping is permitted in the backcountry only – at least half a mile from car parks and roads. 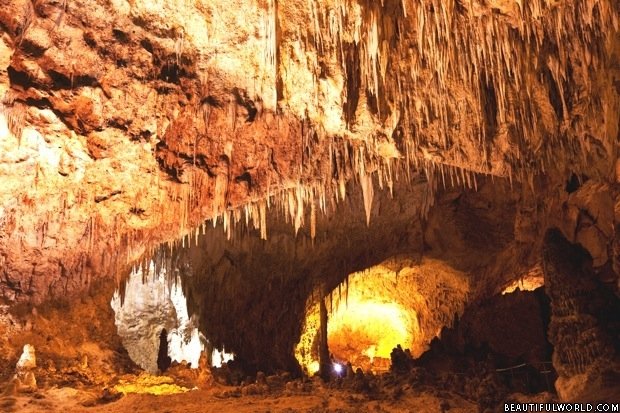 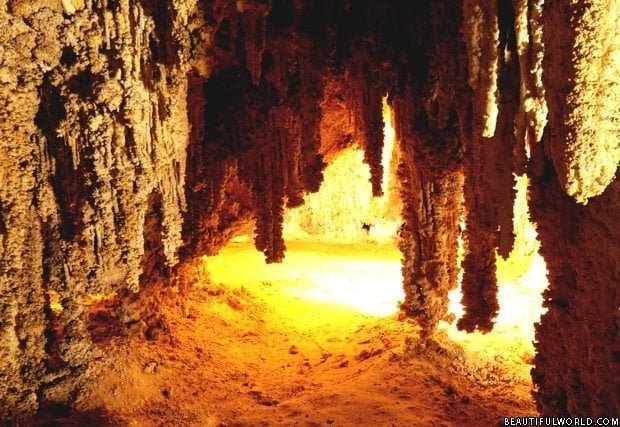 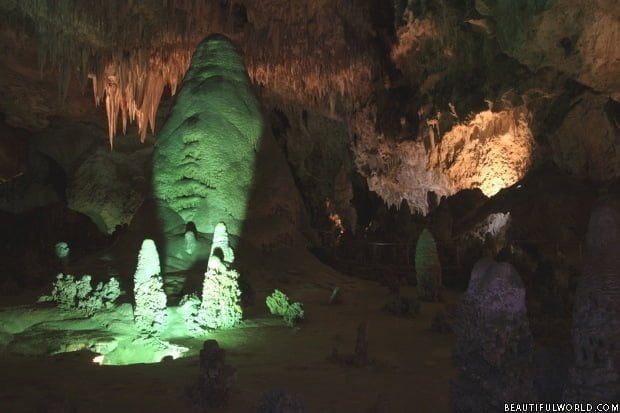 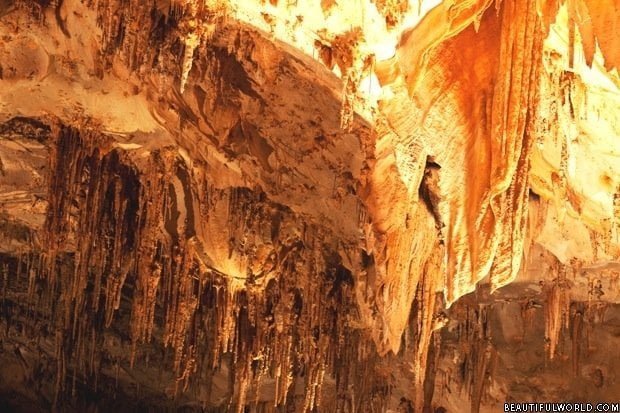 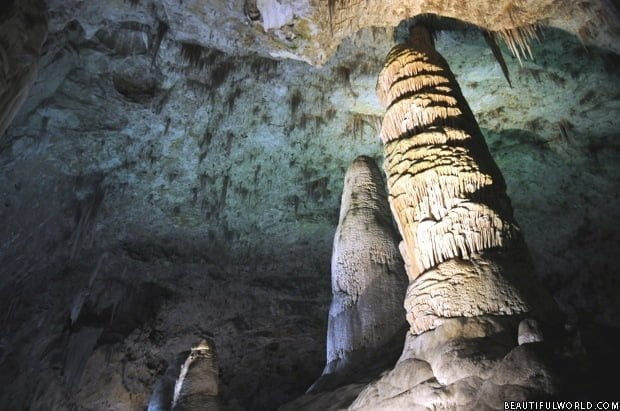 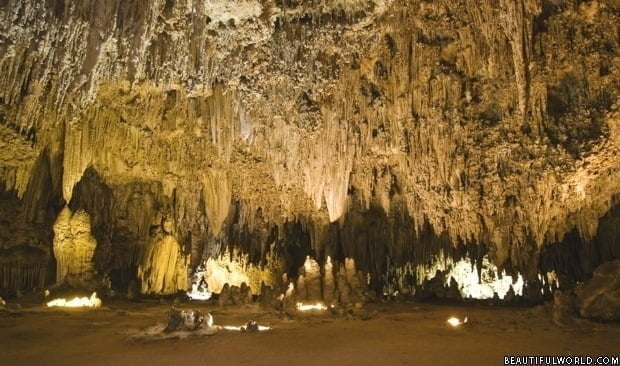 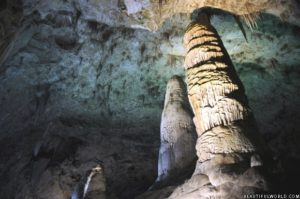