Created approximately 3 million years ago, Mount Kenya is an extinct volcano, often referred to as the ‘Place of Light’. Situated in central Kenya, just north of the equator, Mount Kenya lies within the Mount Kenya National Park. It has a trio of summits. The highest, Batian, is 17,057ft (5199m), making it the tallest peak in Kenya, and the second highest across the entire African continent. The mountain’s other two summits, Nelion and Lenana, stand at 17,021ft (5188m) and 16,355ft (4985m), respectively. Together, these snow-capped mountains tower over the surrounding savannah landscape, stony and silent.

Mount Kenya is an extinct volcano (last eruption 2.6 million years ago), which originally rose over 3 million years ago. At its peak, it reached heights of 19,700ft (6000m) before being eroded down to its current height. Formed by two extended glacial periods, research indicates that the lowest elevation reached by the glaciers was 10,800ft (3300m).
At present, there are 11 small glaciers on Mount Kenya. However, they are shrinking, and with snow now rarely falling on the mountain, no new ice is formed. In fact, researchers predict that the ice will completely disappear by 2050 unless current temperature and precipitation changes occur, which appears unlikely given current patterns emerging as a result of global warming.
In terms of modern history, Mount Kenya National Park was first designated in 1949. Decades later, in 1978, the site became a UNESCO Biosphere Reserve, before finally being named a UNESCO World Heritage Site in 1997.

At Mount Kenya, the sun sets and rises at the same time every day, with both the day and night lasting 12 hours. In fact, there is only a 1-minute difference between the shortest and longest days in the year. This is due to it being situated so close to the equator.

The mountains three summits, Batian, Nelion and Lelana are named after Maasai chieftains. Several tribes remain in the region. For instance, the Gikuyu tribe, who call the mountain “God’s throne”, and build their huts facing its slopes. The Kikuyu people, who live on the southern and western sides of Mount Kenya, firmly believe that their God (Ngai) lived on the mountains peak when he came down from the heavens.

Sir Halford John Mackiner, Josef Brocherel, and Cesar Ollier were the first to ascend Mount Kenya’s highest peak, Batian, in September 1899. Prior to their success, the trio had made three unsuccessful attempts.

There are six gates into Mount Kenya National Park. In order to gain entry, visitors must pay an entry fee. Only cash is accepted. Payments can be made at the 3 main gates, which are well signposted and easily accessible by car.
Once inside the park, lakes, glaciers, peaks, mineral springs and forests abound. Naturally, walking and hiking are popular ways to explore this diverse and rugged landscape. Whilst only experienced climbers with equipment can reach the peaks of Batian and Nelion, Lenana is accessible by non-climbers on foot. Roughly 15,000 visitors scale Point Lelana annually, whilst only 200 reach Nelion and Batian.

There are a number of walking routes culminating at Point Lenana. The view from this lookout point is considered among the best views in Kenya and is not to be missed. Unique spires, ridges and cliffs border a handful of trails, captivating hikers with their scale and beauty.

The most frequented routes are Chogoria, Naro Moru and Sirimon, which all feature staffed gates. The Chogoria route is considered the most striking. It takes walkers from the small town of Chogoria to the Peaks Circuit Path and on to Point Lenana. Passing through areas of forest and moorland, the route takes in stunning views across the Giant’s Billiards Table region.
The Naro Moru route is the quickest way to reach Point Lenana. This rapid ascent, though not particularly picturesque, ensures that those unable to linger in the park at least get to visit its most popular lookout point.

The Sirimon route is popular due to the steady rate of ascent. In fact, many climbers choose to ascend using the Sirimon route, and then descend using either the Naro Moru or Chorogia routes.
Mount Kenya also boasts several ice routes, with the Diamond Couloir and Ice Window routes especially well known. The Diamond Couloir, which was once available year round, is now only climbable during hard winters. It goes without saying that ice routes should only be attempted by practised climbers.

Several tour providers facilitate trips to and through the region. A wide range of trips are available. Tours are designed to showcase the breath-taking landscape. Guided hikes and treks navigate pristine wilderness, and walkers often encounter endangered animals and birds.

How to get to Mount Kenya

If you are an international visitor travelling to Mount Kenya, you must first fly into Nairobi. From here, you can reach the mountain by car or public transport (bus). Mount Kenya is approximately 124 miles (200km) north of Nairobi, and is reasonably well signposted.

When is the best time to visit Mount Kenya?

Mount Kenya National Park is open all year round, so it’s possible to organise a trip for any month of the year. However, hiking Mount Kenya is certainly more difficult in the rainy seasons of March to June and October to December. As such, the best times to visit and hike Mount Kenya are the dry seasons between January – February, and July – September.
Given its equatorial location, Kenya is generally quite hot. However, due to its elevation, Mount Kenya has permanent snow at its summit, and so is cold all throughout the year. Indeed, temperatures in the night can reach lows of 14 degrees Fahrenheit (-10 degrees Celsius). Typically, early mornings on the mountain bring sunny, dry weather, with clouds often forming by noon.

Where to stay in Mount Kenya National Park

There is a range of accommodation options available inside Mount Kenya National Park. From luxurious lodges to tumbledown huts, all budgets and tastes are catered for. Costlier hotels are located on the mountain’s lower slopes. Most offer a range of events and activities that can be booked upon arrival.

Camping is another option that is permitted throughout the park, though the use of huts is encouraged in order to conserve the environment. Huts can be reserved at any of the park’s 3 main entrances. For those who do choose to camp, hut facilities, such as kitchens and bathrooms are available at no extra cost. 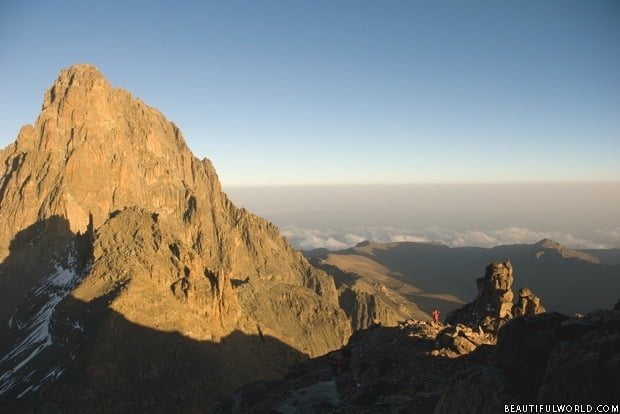 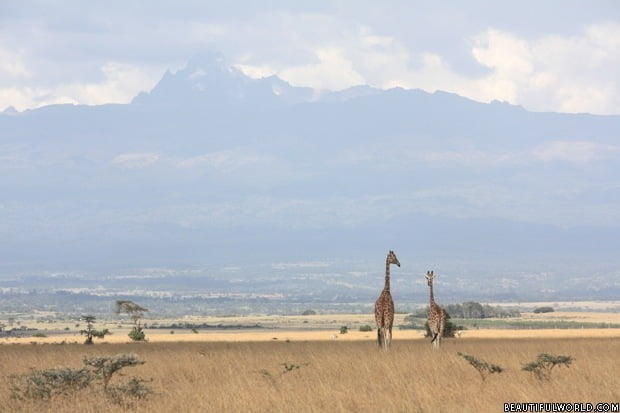 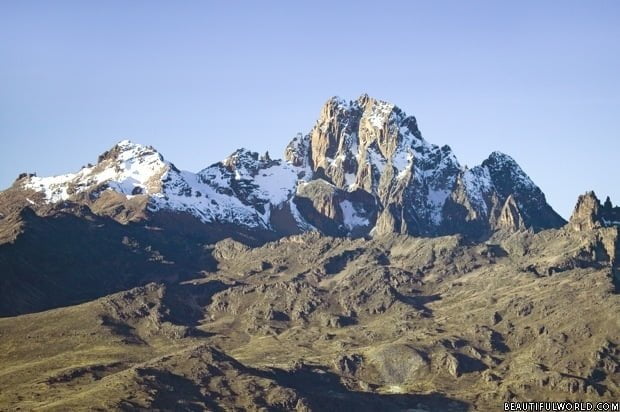 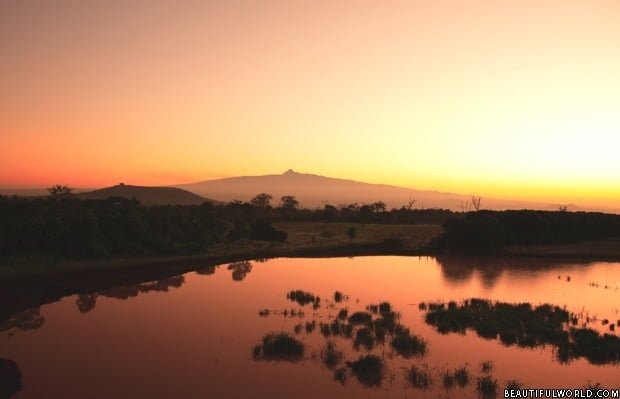 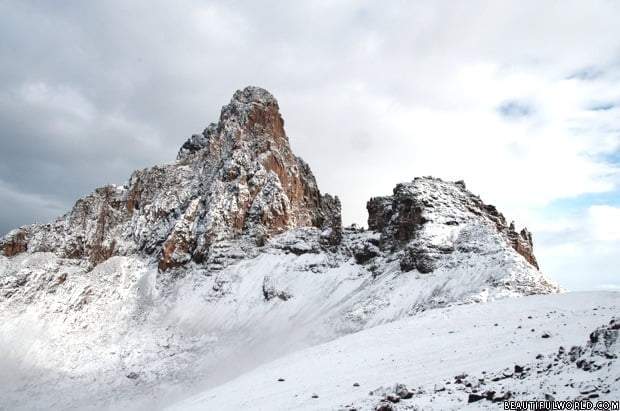 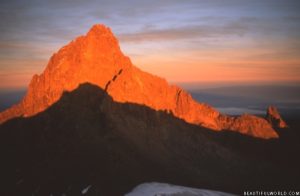