Mount Assiniboine, at 11,870ft (3618m), is the tallest mountain in the southern region of the Canadian Rockies. The mountains distinctive pyramidal shape has led to it being referred to as the ‘Matterhorn of North America’. Visible for many miles in every direction, it soars well above other nearby peaks, and serves as the focal point of the Mount Assiniboine Provincial Park, a 386 sq. km reserve created in 1922.

Mt. Assiniboine was given its name by George Dawson, a renowned Canadian scientist, who spotted it from Copper Mountain on the south side of the Bow Valley in 1885. It was named ‘Assiniboine’ as on the day Dawson set eyes on the mountain, a plume of cloud trailed the summit, reminding him of the smoke he had seen rise from the Assiniboine Indians’ tipis.

However, it took another sixteen years for the first successful ascent of Mount Assiniboine to take place. In 1901, the British climber James Outram and Swiss guides, Christian Bohren and Christian Hasler claimed the accolade.

James Outram aptly described Mount Assiniboine as a “conspicuous landmark from almost every considerable eminence for scores of miles around, towering fully 1500 feet above its neighbours, and by its isolation no less than by its splendid outline commanding attention and admiration”.

He further wrote, “The peak is grandest from its northern side. It rises, like a monster tooth, from an entourage of dark cliff and gleaming glacier, 5000 feet above the valley of approach; the magnificent triangular face, barred with horizontal belts of perpendicular cliff and glistening expanses of the purest snow and ice, which constitutes the chief glory of the mountain, soaring more than 3000 feet directly from the glacier that sweeps its base. On the eastern and the southern sides the walls and buttresses are practically sheer precipices 5000 to 6000 feet in vertical height, but the contour and character of the grand northen face more than compensate for the less sheer and lofty precipices.”

Lawrence Grassi accomplished the first solo ascent in the summer of 1925.

How to get to Mount Assiniboine

Mount Assiniboine Provincial Park is situated on the border of British Columbia and Alberta. There are no roads within the park, and therefore all ground access is on foot. Many choose to hike in from Kootenay National Park to the East, or from Spray Lakes, which is just south of Canmore. Alternatively, you can choose to fly in via helicopter to Mount Assiniboine Lodge. Whilst amateurs can safely access the park itself, conquering the Mount Assiniboine peak should be left to the experts, as the climb is technically challenging. 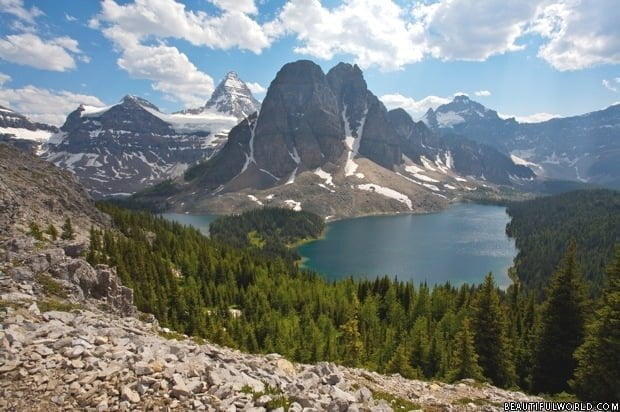 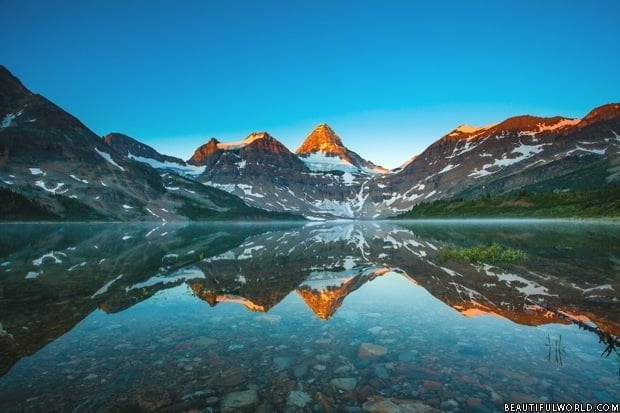 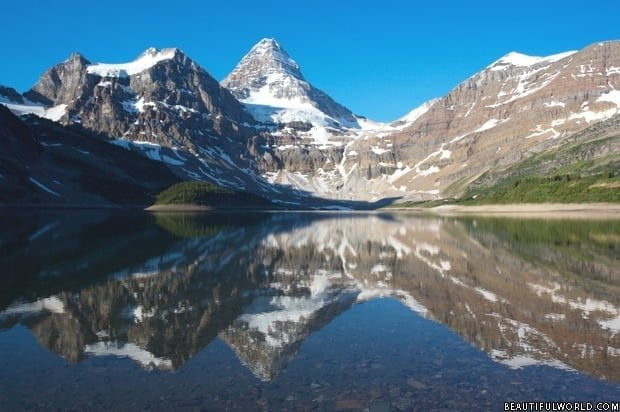 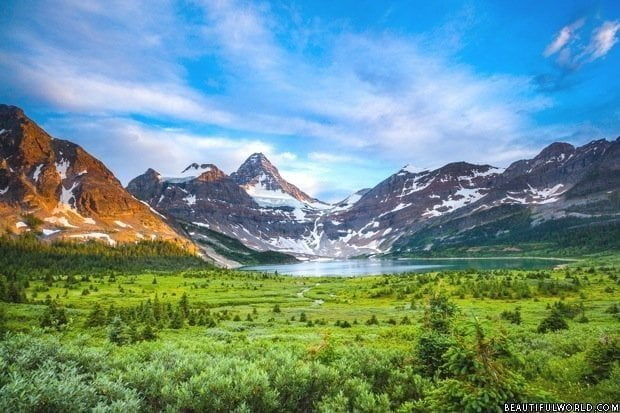 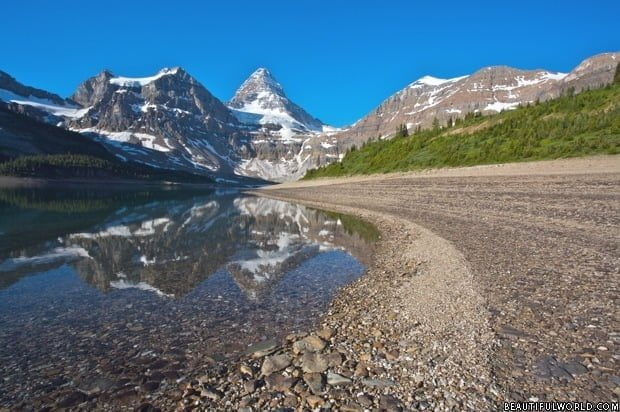 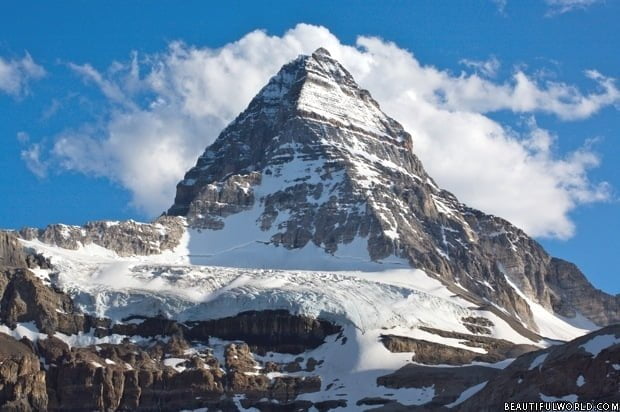 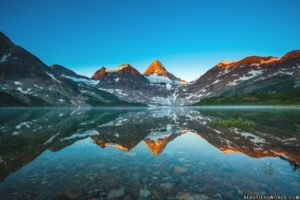