The Taklamakan Desert, also known as the “Place of Ruins” or the “Sea of Death”, is the largest desert in China, at over 620mi (1000km) long and 250mi (400km) wide. Lying between the Tien Shan and Kunlun mountain ranges, the Taklamakan Desert is a waterless death trap, experiencing an average annual rainfall of just 0.4in (1cm). Legend states that you can get into to the Taklamakan, but you will never get out.

Interesting facts about the Taklamakan Desert

Nicknamed, ‘The Sea of Death’, the Taklamakan is the second largest non-polar sand-shifting desert in the world.

It is thought that the name ‘Taklamakan’ was derived from the Uighur language, in which it means ‘you can get in, but you can’t get out’. However, another plausible explanation is that it comes from Turki taqlar makan, meaning “the place of ruins”.

Despite being the warmest and driest desert in China, the Taklamakan experiences extremely cold winter temperatures; the lowest recorded being -25.7 degrees Fahrenheit (-32 degrees Celsius) in February 2008, when the entire desert was covered with a thin 1.5 inch (3.8cm) layer of snow.

Legend has it that long ago, a supernatural being witnessed the hardship of people residing in the Taklamakan region, and took it upon himself to help them with the two magic objects in his possession; a golden axe, and a golden key. He handed the golden axe to the Kazakh, who split the Altai Mountains, diverting water from the mountains to the fields. The plan was to then hand the golden key to the Uighur, so that they could access the treasure house of the Tarim Basin. However, his younger daughter misplaced the key. In retaliation, the supernatural being held his daughter captive in the Tarim Basin, forming what we now know as the Taklamakan Desert.

In more recent times, historians discovered that the desert played an important business role in China, with 2 oases (fertile spots in the desert) serving as trading spots on the Silk Road, named as such as it was the most common of the precious goods crossing this area.

During the 1980’s, a series of perfectly preserved mummies were discovered in the Taklamakan desert. With European features, they did not appear to be of Chinese descent. Archaeologists have therefore postulated that they may have been citizens of an ancient civilization in the crossroads between China and Europe.

The oldest mummy discovered was the ‘Beauty of Loulan’, thought to be 4000 years old.

Where to stay during your trip to the Taklamakan

There are a number of basic hotels/guesthouses, along with camping options for your trip to the Taklamakan. Be sure to plan your accommodation in advance when travelling to the desert. 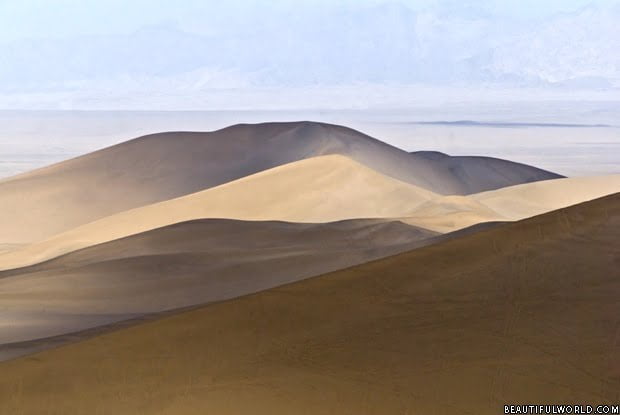 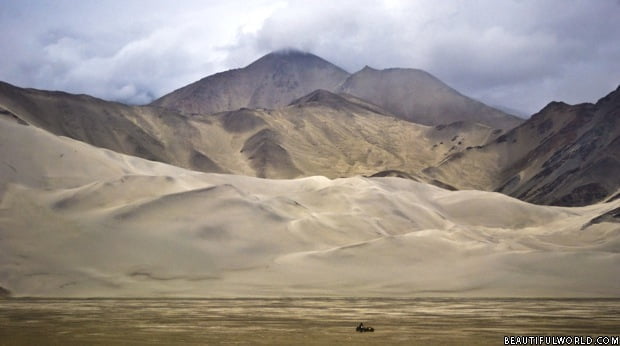 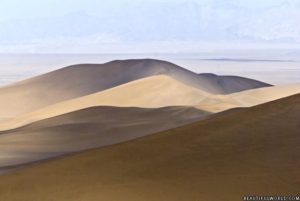