Victoria Falls is perhaps the most famous waterfall in existence. Situated on the border of Zambia and Zimbabwe, this massive wall of water is also referred to by its indigenous name ‘Most-oa-Tunya’, which means ‘the Smoke that Thunders’. Fed from the Zambezi River, the Falls are considered one of the Seven Wonders of the Natural World, and have been declared a UNESCO World Heritage site since 1989.

Victoria Falls has a unique structure that produces the largest single sheet of flowing water in the world. However, it’s neither the tallest (Angel Falls, Venezuela) nor the widest waterfall in the world.

The area upstream from the Falls is notable because it’s a flat plateau with no mountains or deep valleys.

The name “Victoria Falls” comes from Scottish explorer and missionary Dr. David Livingston. Believed to be the first European to see the Falls; he named them after Queen Victoria, the reigning queen at the time.

Upon seeing Victoria Falls for the first time, Dr Livingstone declared “It has never been seen before by European eyes, but scenes so wonderful must have been gazed upon by angels in their flight”.

Most-oa-Tunya – “the Smoke that Thunders” – refers to the sound of the falls and the heavy mist that is produced by the falling water. This indigenous name is still widely in use today. A nearby national park in Zambia is called Most-oa-Tunya, and the World Heritage List also officially recognizes the name.

The relationship between the native people and Dr. Livingston was, and remains, very positive. In 1964, Zambia separated from Britain and became an independent nation. As part of this, they renamed the streets, cities and buildings, removing all British names and replacing them with African ones. However, the one exception to this mass re-naming was anything related to Dr. Livingston, such as the city of Livingston and the official name ‘Victoria Falls’.

The area around the Falls has two seasons: rainy and dry. The rainy season runs from the end of November through to early April, with the dry season running from late March through mid-November. While the wet season may sound like the ideal time to visit, it’s not in reality. The Falls become almost completely obscured by an abundance of mist and water in the air. Visiting during the latter part of the dry season, between August and October, is also not an ideal time to visit, as you’ll likely see more rock than water. For most people, the best time to visit is in either June or July – the Falls will be robust, but visible.

Best Ways to View the Falls

The Falls are certainly hard to miss, but there are two ways in particular to get the best possible view. The first option is to take one of the many trails that run along the Falls, some of which allow you to get as close as 200 feet (61m). Want to get even closer? During the latter part of the dry season, the water is usually low and calm enough that it’s even possible to walk across the Falls themselves. This can be an unbelievable experience, but is probably best avoided by those with a fear of heights. The alternative (but certainly, more expensive) option is to take an aerial tour, with plenty of helicopter tour operators offering flights.

Roughly one million people visit the Falls each year. Historically, most visitors have journeyed to Zimbabwe to view the Falls. However, in recent years, conflict in the area has dampened tourism in Zimbabwe, and more tourists are choosing to view the falls from the Zambian side.
The area around the Falls is generally considered pretty safe. In 2004, a special group called the Tourism Police was started. They patrol the tourist areas, where they are easily identified by their yellow reflective bibs.
Whatever time of year you choose to travel to Victoria Falls; be prepared to get wet. Navigating most trails will bring about at least some exposure to mist and falling spray. Aside from appropriate clothing, visitors should ensure that any photography equipment or gear is suitably protected from water. 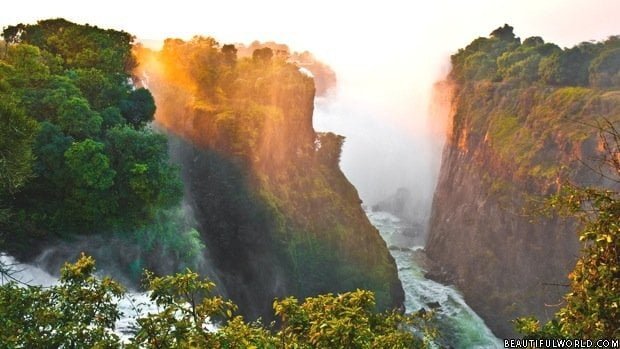 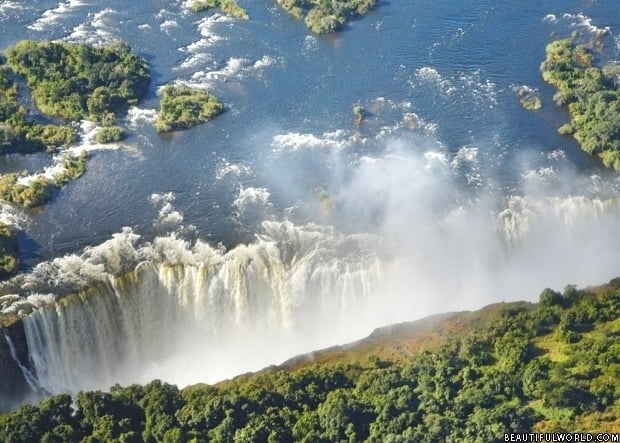 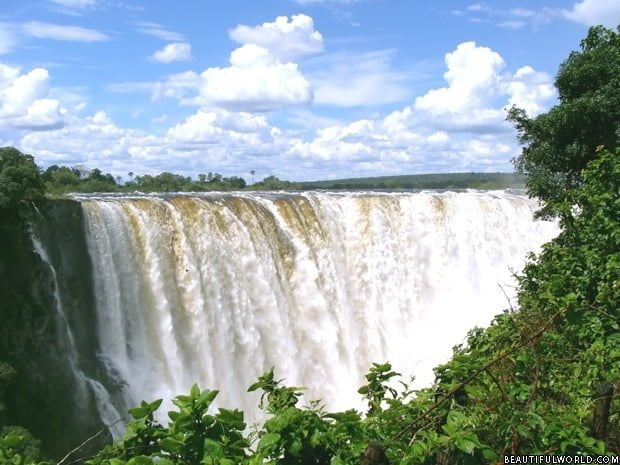 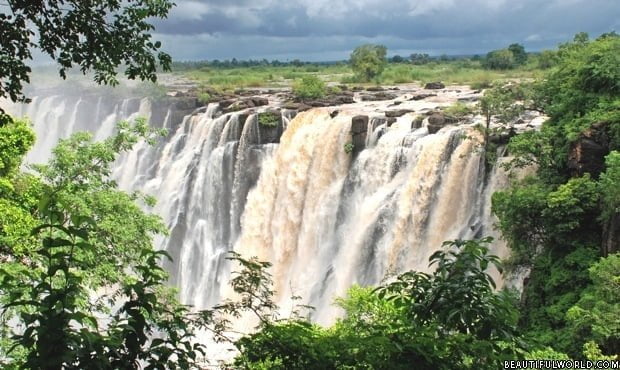 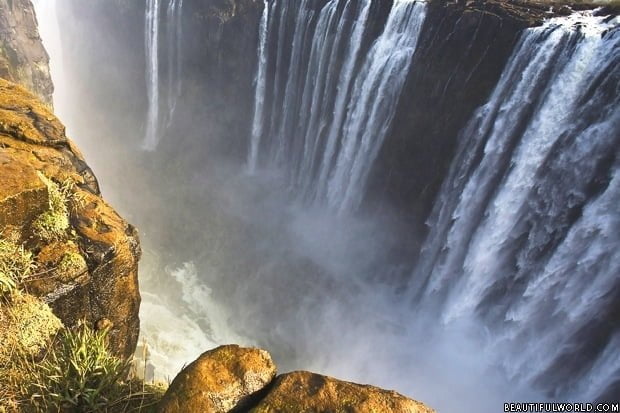 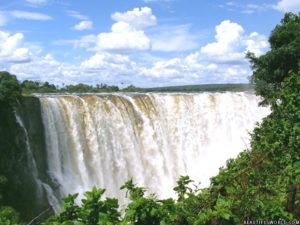