Yosemite Falls is a three-tiered, 2425 ft waterfall, situated in Yosemite National Park, California. If you want to find out more about the Park and its other falls and features please read our Yosemite National Park page. If the three tiers are considered as a whole, Yosemite Falls is the highest waterfall in North America and the fifth highest in the world. The three tiers include the Upper Fall (1430ft), middle cascades (675ft) and the lower fall (320ft).

The map below shows the location of the major attractions and waterfalls in Yosemite valley –download the large pdf version here.

Water drops 1430ft at the Upper Falls, which means that even individually, it would place among the top 20 highest waterfalls in the world. Unlike the Lower Falls, the Upper Falls are not easy to access. In fact, reaching the Upper Falls requires taking a 7.2 mile round trip, with 2700ft elevation gain. The majority of the route is exposed to sun, and therefore it is recommended to start early in order to avoid the midday heat.

The photo above clearly shows the two sections of Yosemite falls. It is taken from Glacier Point (an elevation of 7,214 feet) to give you some idea of the vast scale of the Yosemite falls. You can see the huge upper section and then the thinner and smaller lower section. The mid section is only really viewable from hiking trails.

The lower falls drop right behind Yosemite village. You can see a great deal from the road that circles the valley floor so even if you are not mobile you can still enjoy the spectacle. However it’s much better to use the very short (and easy) trail which leads right to the foot of the lower falls. There are some great spots for a picnic and photos. The more adventurous can use the hiking trails to climb up and above the lower falls to view the mid section and get close to the base of the huge and impressive upper falls. You will need to plan a full day for this hike.

The middle cascades are located between the Upper and Lower falls, and cannot be seen from the majority of vantage points. In a series of five smaller cascades, water descends a total of 675ft.

At the Lower Falls, water descends 320ft; almost twice the drop of Niagara Falls. It is the easiest section to access, with only a short walk from the Yosemite Lodge to the base of the falls required. If visiting in spring, then be aware that the viewing area will receive a lot of spray from the falls. However, by the middle of summer, the spray is replaced by calm, cool air and possibly a little mist.

When is the best time of year to visit Yosemite Falls?

Timing is key; there’s no guarantee that the Yosemite Falls will actually be falling, as the waterfall is fed almost entirely by snowmelt. Flow reaches its peak in May and early June, often reaching 100 cubic feet per second, though typically slows dramatically in mid-summer, and completely dries up by August. Yosemite Falls once again begins to flow in winter, but only enough to build a 150-300ft ‘ice cone’, formed from frozen mist and fallen blocks of ice, at the base of the Upper Falls. If you visit the falls at night in April and May when there’s a full moon, spray from the waterfall creates spectacular glistening moonbows. 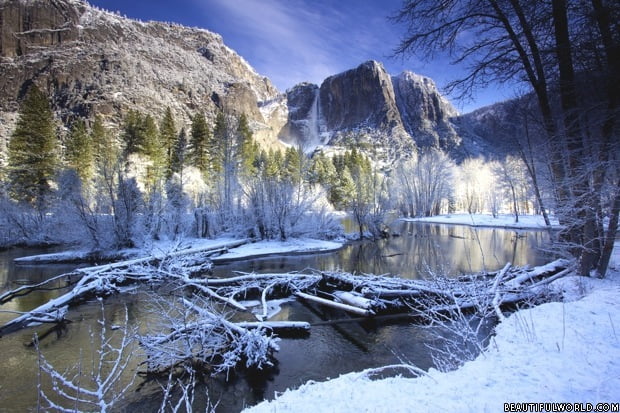 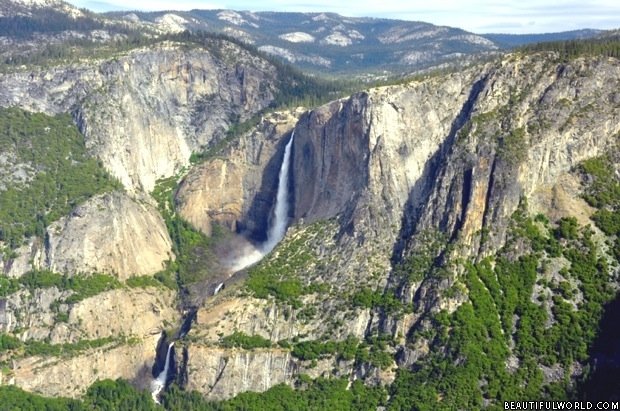 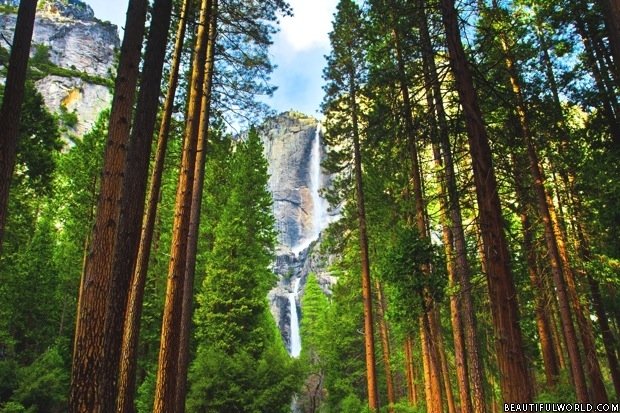 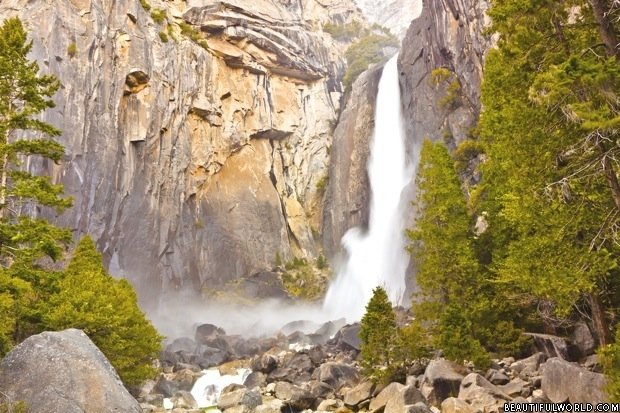 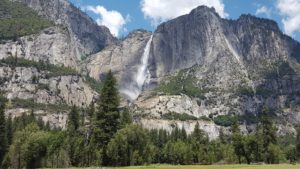