The continent of Antarctica is one of the most forbidding places on Earth and, despite its enormity, it remains uninhabited other than by teams of scientists. Even wildlife is almost non-existent throughout much of the continent. However one part of Antarctica reaches northward like a huge finger pointing towards the southern tip of South America. This region is now known as the Antarctic Peninsula and it extends for 1,300 kilometres far north of the Antarctic Circle. This is by far the most accessible part of Antarctica and has consequently received more visitors than any other part of this icy southern continent.

History of The Antarctic Peninsula

It is of course well off the beaten track for most people and, despite being only 1,000 kilometres south of Tierra del Fuego, it remained undiscovered until 19th century. The first human visitors were probably seal hunters around 1820 and in that year a British expedition first charted the most north-easterly part which was later named Trinity Peninsula. Further expeditions and exploration followed including the 1902 Swedish Antarctic Expedition. In 1932 the British named the northern part of the peninsula as Graham Land and the British Graham Land Expedition from 1934 to 1937 included aerial surveys and mapping and confirmed that this was indeed a peninsula and not, as many had thought, an archipelago of separate islands linked by sheet ice.

Many parts of the peninsula were named by different countries, usually based on the names of the various explorers involved and this gave rise to some disagreements. It was not until 1966 that the name Antarctic Peninsula was finally internationally agreed but the northern part is still known as Graham Land and the more southerly section as Palmer Land. During the Second World War Britain set up bases here later followed by research stations. Many countries now have such scientific sites, the most numerous being from Argentina. Any territorial claims now have little significance as the whole of Antarctica is subject to the Antarctic Treaty System with no country allowed to press claims for sovereignty. Apart from the scientific community, the only other group to have had any great influence on this region were commercial whalers who set up bases on some of the small islands such as Goudier Island and the nearby Deception Island. These bases were abandoned in the 1930s.

Visitors to this part of the world will naturally be concerned about climatic conditions and some comfort may be had in learning that this is the mildest part of the whole continent but the summer (January) average temperatures only range from 1 to 2 degrees Celsius with winter (June) averages of minus 15 to minus 20 degrees Celsius. The west coast of the peninsula has less extremes being classified as having a Maritime Antarctic climate. This coast also receives more by way of precipitation with most falling as rain during the summer months. The peninsula’s average precipitation is around 35 to 50 centimetres per annum with some of the islands receiving much more and the inner continent much less.

The major feature of this peninsula is it’s mountain range. A huge range forms the spine of this land and is in fact a continuation of the Andes. Mount Jackson is the highest peak at 3,184 metres but there are many other equally as impressive mountains. Glaciers are to be found everywhere usually flowing into the sea but in some places discharging their ice into fresh air from high cliffs. Ice is never far away both on land and stretching into the sea in the form of ice sheets. Ice floes and icebergs pose constant threats to shipping but provide refuge for some of the area’s wildlife.

At one time the prospect of visiting Antarctica was reserved for explorers and scientists but the Antarctic cruise has now become firmly established allowing a much wider range of visitors to wonder at the marvels of this icy continent. The cruise vessels invariably head towards the Antarctic Peninsula. Most trips leave from Ushuaia in Argentina and involve two days at sea before making landfall. Visitors are then treated to some of the most spectacular views on Earth. A visit to Hope Bay near the northern tip of the peninsula immediately plunges the guests into a world of ice. Nicknamed Iceberg Alley the full beauty of the blue sea ice can be seen up-close along with the chance to see some of the regions local inhabitants such as seals and penguins. Another favourite route is through the Lemaire Channel which provides a safe passage between The Antarctic Peninsula and Booth Island. Vessels navigating this channel pass close to towering icy cliffs and this is one of the most widely photographed places on the continent, so much so that it has even earned the nickname of Kodak Gap! Another favourite stop is Port Lockroy on Goudier Island, part of the Palmer archipelago where the UK Antarctic Heritage Trust have a museum, shop and post office. It is even possible to have a passport stamp! This is a natural harbour once used by whalers and a stark reminder is provided by a remaining whale skeleton. Many visitors to the Antarctic Peninsula will be interested in the wildlife and may be lucky enough to see whales. Seals are plentiful as are several species of penguin. Sea birds include the fulmar, shag, tern, petrel and skua. Getting around in the area almost always involves the use of small inflatable boats (Zodiacs) which are great fun. Although most visitors will simply enjoy the sights, the more adventurous may wish to try kayaking, camping, shoe-shoeing, cross-country skiing or even mountaineering.
The Antarctic peninsula with its huge ice-covered mountains and enormous ice sheets is a place like no other and is truly one of the most beautiful places on Earth. 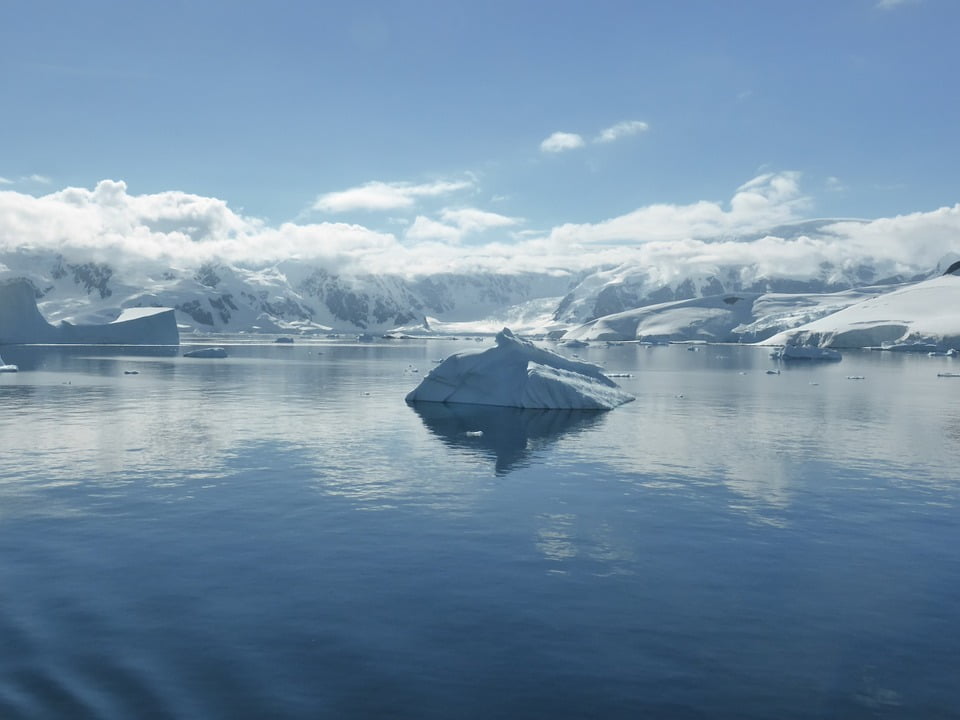 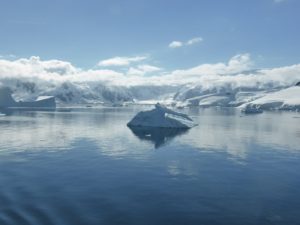