Kakadu National Park is Australia’s largest national park, covering a landmass that is about half the size of Switzerland. The park, which is co-managed by its native Aboriginal owners, protects ancient traditions and the harmony of the region’s natural life. Located within Australia’s aptly named Aligator Rivers region, it features a combination of coastal mangroves, lowland flood plains, sandstone hills and dense varied forests. A variety of animal life is present, including over 60 different mammals and over 120 reptile species. Kakadu National Park has been home to the Bininj/Mungguy people for countless generations and features key cultural sites related to their heritage.

The site now known as Kakadu National Park has long been home to Aboriginal clans – the Bininj in the north and the Mungguy in the south. The indigenous people understand and steward the land; integral skills have been passed down through families and are still used to manage the park grounds today.

Proposals were made as early as 1965 to declare a national park in the Alligator Rivers region, but it took a number of years for the Government to acquire the necessary titles over pieces of land that now constitute Kakadu National Park.

Kakadu National Park was established in 3 stages, between 1979 and 1991. The park has continually grown, with a culturally rich area of woodland named Koongarra the most recent addition in 2013.

Over half of Kakadu National Park is Aboriginal land. The Aboriginal people have occupied the park for more than 50,000 years – theirs is thought to be oldest surviving culture on earth.

Kakadu National Park features some fascinating rock art, thought to be up to 20,000 years old. At Nanguluwur, there are markings depicting the tall ships that brought the first Europeans to the Australian shores.

Seasonal rangers provide guided walks free of charge on a daily basis between May and October.

Passes for Kakadu National Park cost just $25, and are valid for 14 consecutive days. They can be purchased online and printed, or at the park itself.

Visitor centers
The Bowali Visitor Center, found just beyond Jabiru township, is most travellers first port of call. The centre houses an impressive gallery of Aboriginal art, a souvenir shop, and is the start point of many trails. The circular Warradjan Aboriginal Cultural Center is also popular among visitors. Located in Cooinda, it seeks to inform tourists about Aboriginal practise and tradition using fun demonstrations, exhibitions and events. Both centres keep regular opening hours.

Rock art
One of the reasons for Kakadu National Parks World Heritage status is its extraordinary rock art, which provides a fascinating insight into Aboriginal history. The two most famous sites for rock art can be found at Ubirr and Nourlangie rock. Paintings often feature animals, x-ray art, and depictions of early European explorers. During the dry season, rangers lead groups from the centres to Ubirr, an astounding rock art gallery, completely free of charge.

Walking
Kakadu National Park is enormous, meaning it can take several hours to drive from one location to the next. Therefore, it’s recommended to explore areas in detail, rather than rushing from place to place. Bear in mind that certain areas are flooded during monsoon season, so conduct thorough research before setting out.

Walking and hiking tracks are fairly well marked and maintained. Check out the list of recommended walks in Kakadu National Park on the official Parks Australia website.

Guided Tours
Boat cruises can be an incredible way of getting up close to the local wildlife, and to learn more about the local people and customs. Book in advance with Yellow Water Cruises, an Aboriginal-run company, providing up to 6 boat cruises a day.

Private tour operators provide helicopter and fixed-wing flights over the park. Flights depart from the Cooinda and Jabiru East airstrips. Such trips can be unforgettable experiences, and come especially recommended during the wet season when Kakadu’s many waterfalls are in full flow.

For those who prefer to keep their feet on the ground, guided bus tours are also available throughout the region all year round.

Festivals
A number of festivals are celebrated at Kakadu National Park. For instance, there are a number of free events held during both NAIDOC week in July, and Stone County festival in August. In mid-September, Mahbili Festival is marked with an extensive programme of live music and dancing.

Getting to Kakadu National Park

To get to Kakadu National Park, hiring a car, or taking a coach tour are the easiest options. Coach tours are recommended for ease, as they will often take you from door to door. However, if you choose to drive, remember to refuel your car as often as possible, as petrol stations are few and far between. There will be signs directing you to the park from both Darwin and Katherine.

When to visit Kakadu National Park

The Kakadu National Park is open all throughout the year. Six distinct seasons have been identified.

Undoubtedly, the most popular time to visit is during the dry season, which runs from May to October. During Yegge, which occurs between May and June, the park is cool, dry and carpeted with lilies. In June and August, waterfalls diminish to trickles and the sun scorched earth swirls with rattle snakes.

From November onwards, the wet season brings tremendous flooding, and electrifying afternoon storms. If you prefer to avoid the crowds, this could be the best time to visit. Note that whilst ground access is sometimes closed due to flooding, but scenic flights are available which provide a fantastic way to see the booming waterfalls in full flow. From December to March, a combination of heat and humidity results in an explosion of plant life. In April, the wide skies are cloudless, floodwater begins to recede and the plants start to come into fruit.

Where to Stay in Kakadu National Park

There are several accommodation options available within the park. Cabins and hotels are available which cater for various budgets, and can be booked in advance.

Kakadu has many park-run and commercial campsites on offer, though bear in mind that you cannot book the park-run sites in advance; places are assigned on a first come, first serve basis.

If you wish to wild camp, you will have to secure a special permit in advance. To obtain such a permit, you would need a good, valid reason. 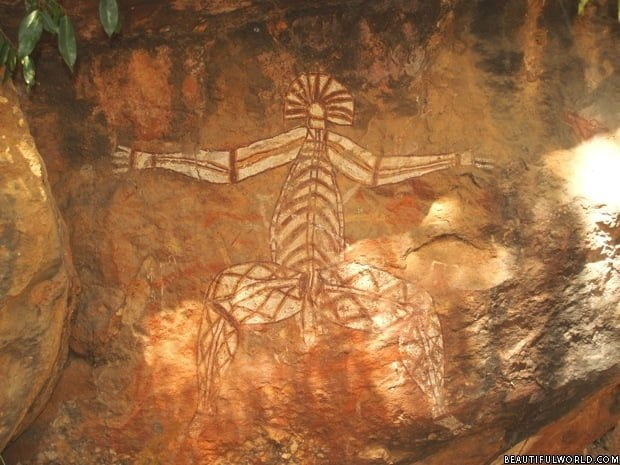 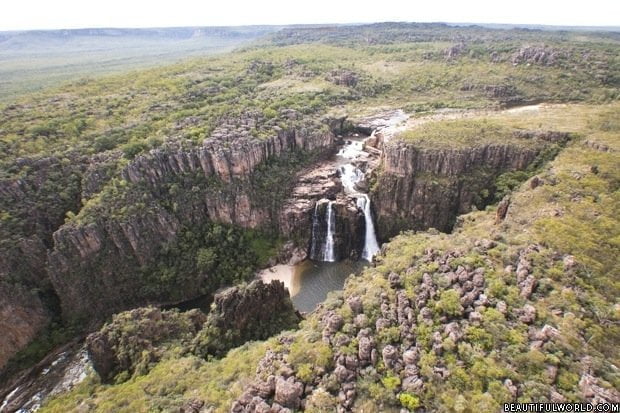 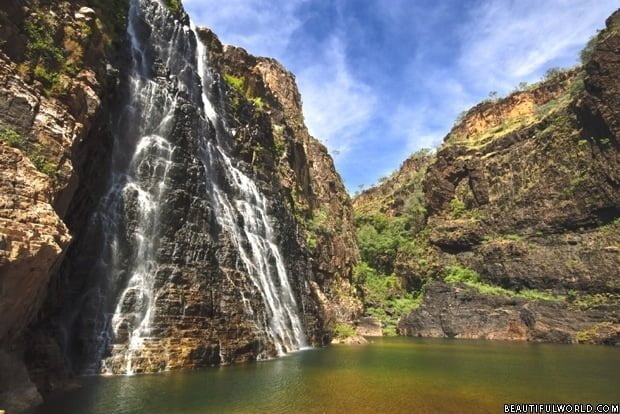 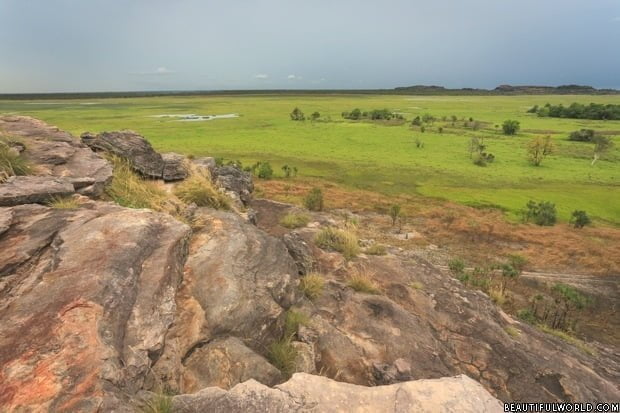 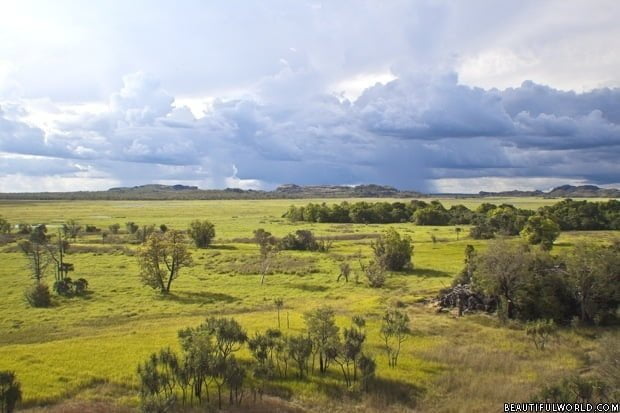 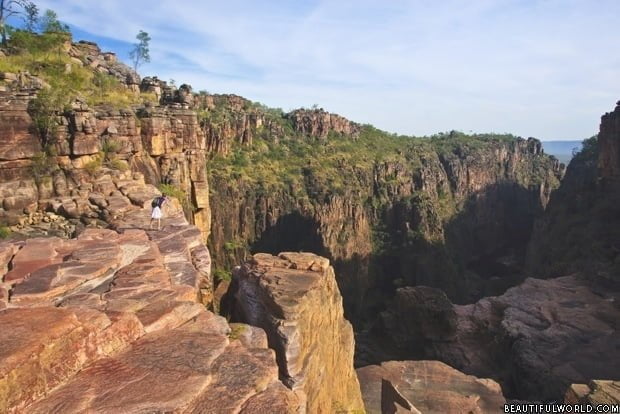 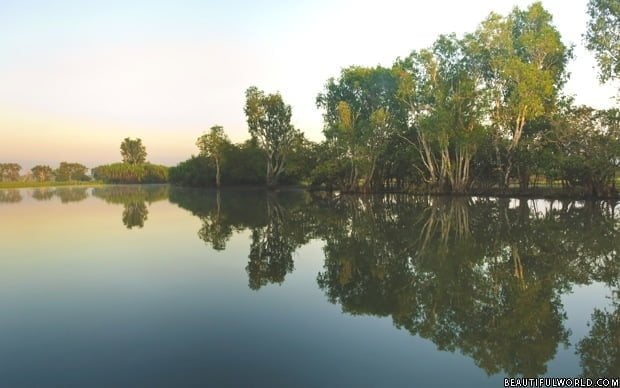 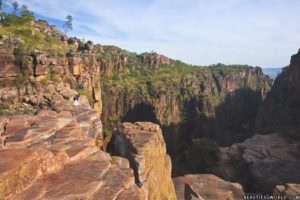