The Three Rondavels are an ancient geological wonder located in South Africa’s Blyde River Canyon region. The trio of portly peaks are shaped like traditional beehive huts, with gently sloping walls and domed summits. Also known as the Three Sisters, they serve as reminders of the native hut housing structures called rondavels. Situated along the famous Panorama Route in Mpumalanga, the Three Rondavels rock formations consist of quartzite and shale. They are sometimes referred to as the ‘Chiefs Troublesome Wives’, with the flat-top peak representing the chief, Mapjaneng, and the Rondavels representing his three wives. The view from the Three Rondavels lookout point is widely considered the finest in South Africa.

Blyde River Canyon is a spectacular area. As you can see from the map below the area is rich in natural wonders. Look at the top of the map in the centre just below the Blyde River – the first orange star marks the Three Rondavels.

Interesting facts about the Three Rondavels

The Three Rondavels are sometimes referred to as “The Chief and Three Wives”. The flat-topped peak was named Mapjaneng (the chief), after a legendary Bapedi chief, Maripi Mashile, who defeated invading Swazis in a great battle, whilst the peaks are named after his three wives – Magabolie, Mogoladikwe, and Maseroto. It is said the wives still squabble after dark.
The Three Rondavels tower approximately 2,296 feet (700 metres) over the surrounding countryside.

The Three Rondavels’ distinctive shapes are the result of erosion. Soft, underlying stone was whittled and washed away by the weather, leaving the tougher slate and quartzite layers visible.
Numerous fish, birds and mammals reside in the canyon region, including antelopes, monkeys and eagles.
The name Blyde River Canyon means ‘Happy River Canyon’ as ‘Blyde’ is derived from the Dutch word for happy.

The Three Rondavels are located in Blyde River Canyon Nature Reserve – home to the Joy and Sorrow rivers. The canyon region is unimaginably beautiful, boasting several points of interest, as well as trails and accommodation. This is no undiscovered wilderness – the canyon region has been fully adapted to the needs of tourists. Roads are well serviced and signposted and therefore most people choose to drive through the nature reserve, stopping off at several scenic spots. Since the view from Three Rondavels lookout point is utterly mesmerising, tourists flock to it and tend to linger, sometimes spending several hours gazing out over the unspoilt South African landscape.

Visitors are advised to wear sensible footwear, as there is no rail at the lookout point. Sunset is a popular time to visit; the Three Rondavels, hewn from red sandstone, appear to radiate an eerie amber light as the sun slips through the striped sky. As night falls, birds and animals return to the sheltered mountain sides, while nocturnal creatures creep from hollows and caves.
Although guided tours are available and can be booked in advance, many people prefer to make their own way through the region, spending as much time as they chose at various scenic spots. Bear in mind that a small entry fee is payable at the Three Rondavels lookout – don’t forget your wallet.

Getting to the Three Rondavels

The canyon region is best accessed by car. Well-maintained roads link scenic points, which are generally surrounded by walking trails should you wish to experience parts of the canyon on foot. Example driving distances are 45 minutes from Graskop (33mi/53km), 2 hours from Nelspruit (88mi/142km), and 5 hours from Johannesburg (265mi/427km). For international travellers, the closest international airport is the Kruger Mpumalanga International Airport in Nelspruit.

The Three Rondavels lookout point is open all year round. Since dry weather conditions result in clearer vistas, most people visit between October and March.

The canyon region has certainly adapted to the needs of tourists, and therefore there is a large range of accommodation available at varying price points, including a number of campsites very close to the Three Rondavels themselves. 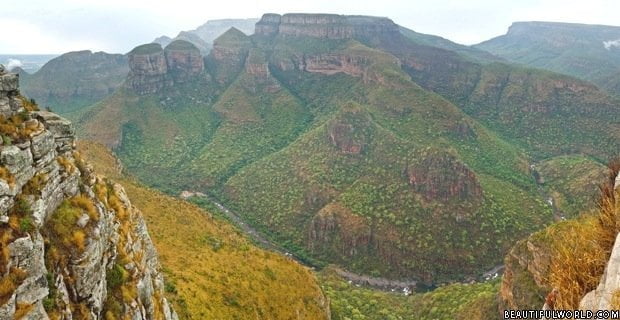 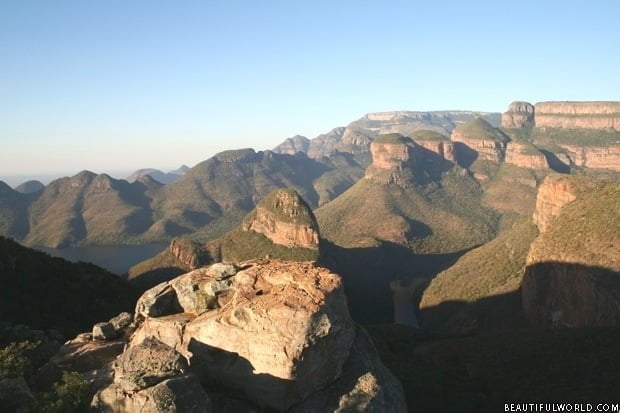 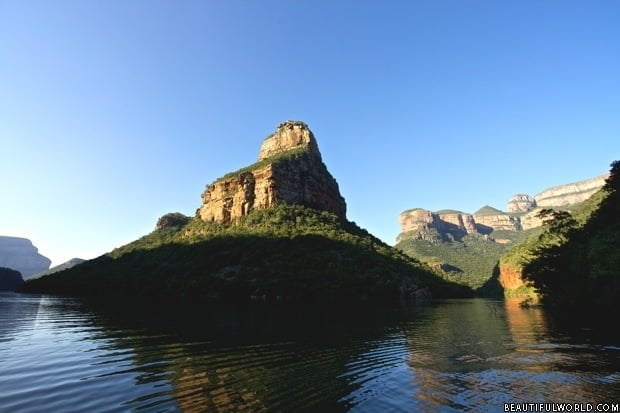 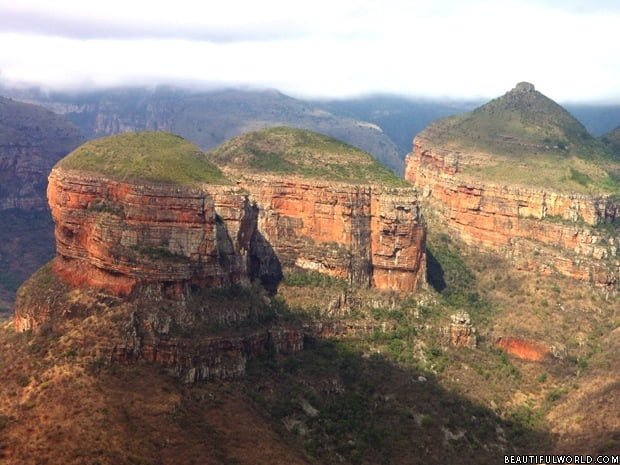 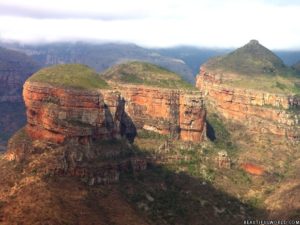