Dettifoss Waterfall is reputedly the most powerful waterfall in Europe, drops 148 ft (45m) into Iceland’s largest canyon, the Jokulsargljufur Canyon. Situated on the Jokulsa a Fjollum river, which flows from the Vatnajokull glacier, Dettifoss lies within the Vatnajokull National Park. The famous composer, Jon Leifs, wrote his work ‘Dettifoss’ after being inspired by the waterfall.

Dettifoss has an average annual flow rate of 193m3/s, whilst at times it can reach an immense 500m3/s.

The flow of water from Dettifoss is so powerful that it makes the surrounding rocks vibrate.

Dettifoss is not the only beautiful waterfall located on the Jokulsa a Fjollum river; Selfoss is just upstream, whilst further downstream is Hafragilsfoss.

You may have seen Dettifoss before without even realising; it featured in the opening scenes of the sci-fi blockbuster Prometheus, which has led to some referring to it as the ‘Prometheus waterfall’.

The sheer power of the water flow creates a continuous water spray, leading to the manifestation of many rainbows, which only serve to amplify the splendour of the waterfall.

The water in the Jokulsa a Fjollum river is milky as a result of it being fed by the sediment rich meltwaters of the Vatnajökull glacier.

The Jokulsa a Fjollum is only the third largest river in Iceland by volume. However, the height and width of the Dettifoss waterfall have led to it being considered the most powerful waterfall in Europe.

How to get to Dettifoss

Dettifoss is situated 83 miles (133 km) east of Akureyri, the unofficial capital of Northern Iceland. A relatively new tarmac road serves the eastern side of the waterfall, which also features an information panel for visitors. The western side of Dettifoss is less accessible, and also less popular with guests as the waterfalls spray obscures the view it provides. 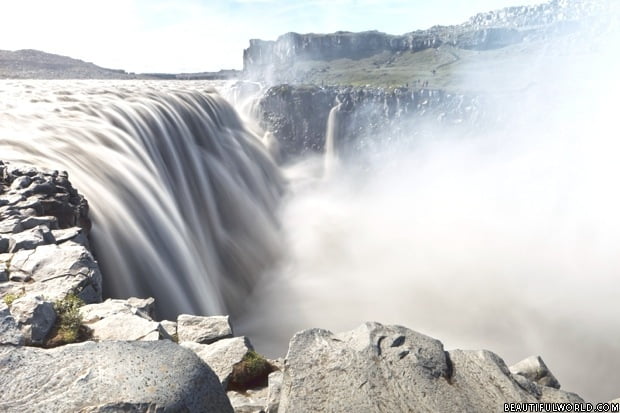 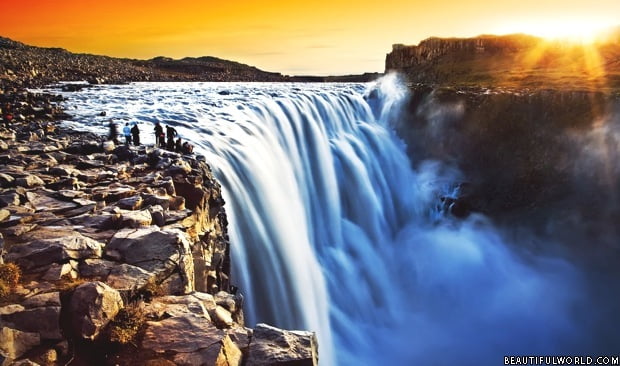 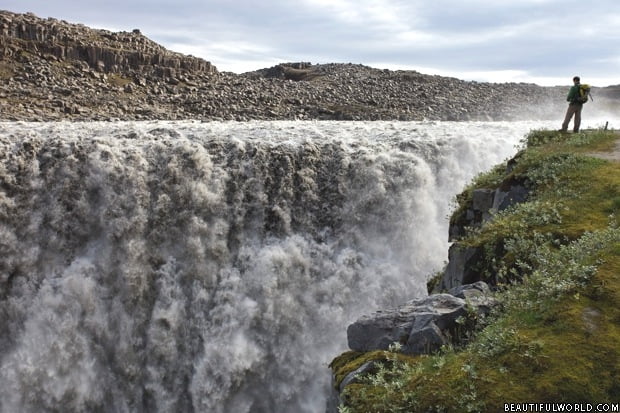 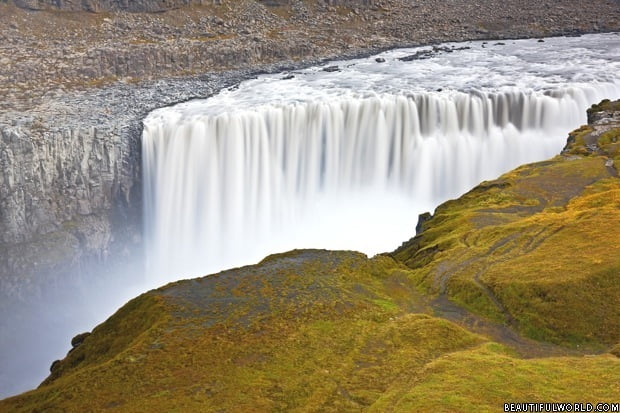 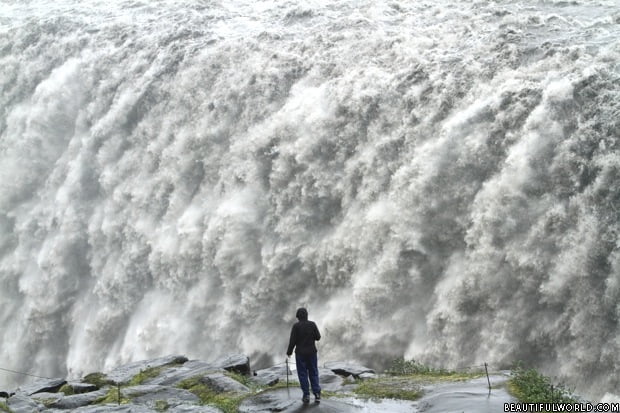 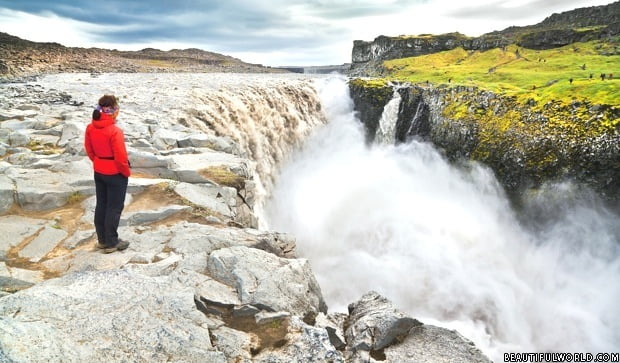 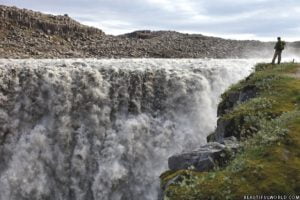