Laila Peak is a 20,000ft (6096m) high mountain, part of the Karakoram mountain range in Pakistan. Well known for it’s beautiful, distinctive spear-like shape, Laila Peak has only been climbed a few times. Unsurprising given that it’s dramatic northwest face features a 45-degree slope for more than 4900 vertical feet (1500m). Only the most experienced of climbers would dare take on this feat.

The climbing season runs from June until September. Very few climb in the Karakoram Range during the winter months, due to high levels of precipitation. Regardless of which month is chosen, climbing conditions are far from ideal. One of the main issues climbers face is that snow does not always freeze overnight, and climbing this soft snow for long periods is extremely tiring.
A team of 4 British alpine climbers, led by Simon Yates in 1987, completed the first ascent. The unofficial ascent was made via the west face from the Gondogoro Glacier, and was later documented by Yates in his biography, the Flame of Adventure, published in 2002.

Whilst Laila peak and the nearby village of Hushe in the Masherbrum valley do not lie in a ‘restricted zone’ (an area close to Pakistan’s’ borders), the nearby valleys of Gondogoro and Chogolisa do. This means that if you are a foreign national climbing in these valleys, you will need to purchase a permit and hire a licensed guide.

Getting to Laila Peak

Laila Peak is situated in central Karakoram, but is quite easy to access from Hushe village, via a road from Skardu. Therefore, to get to Laila Peak, international travellers must first fly into Skardu. From here, trekking companies offer private jeeps large enough to carry passengers and an expedition load. The drive from Skardu to Hushe takes approximately 8 hours. Once in Hushe, base camp can be reached in around 2 days, though it may be wise to take longer, in order to better acclimatise to the high altitude.

Both Skardu and Hushe feature a range of accommodation options to suit all budgets due to a relatively large number of trekkers passing through. Many climbers choose to make camp on the outskirts of the Hushe village, whilst there are also a number of camping spots on the way to base camp. 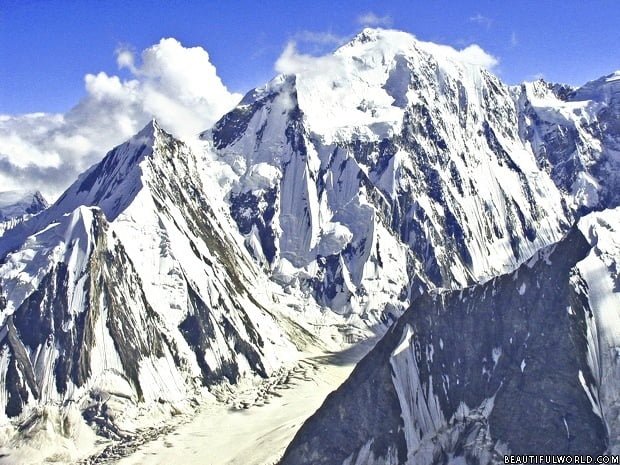 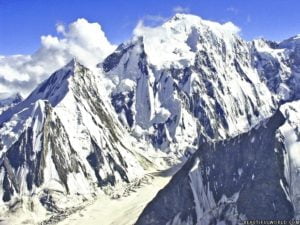