Fiordland National Park is New Zealand’s largest uninterrupted expanse of protected parkland. Located on the south-western tip of New Zealand’s South Island, the park encompasses almost 8000 square miles (12,500 sq. km). This modern-day Eden is home to a plethora of plants and animals, including the Kakapo – the world’s only flightless parrot. From mountain to lake, fiord to rainforest, the national park covers a range of terrains, and is sometimes called the “walking capital of the world”.

Since the park and its environs are situated in such a remote part of the world, man has left little trace on this lush landscape. Before Australia’s “discovery” in the 17th century, the Maori are understood to have hunted and fished here, using a range of rods, traps and spears to catch birds and fish. Later, a handful European settlers – for the most part, whalers and sealers – built a number of small dwellings on the site. However, heavy rainfall and deep isolation put off all but the hardiest homesteaders. Since so few people have settled on the site, wildlife has flourished, with a significant proportion unique to the park.

Established as a reserve in 1904, Fiordland was awarded park status in 1952. In 1990, it became part of the Te Wahipounamu World Heritage site; a group of four national parks thought to contain some of the finest examples of flora and fauna native to New Zealand.

The picturesque, lake-side town of Te Anau is considered the “capital” of Fiordland. It is here that you will find the majority of accommodation and tour providers, as well as bars, restaurants and shops. Te Anau is most vacationers first port of call; activities such as horse riding and windsurfing can be arranged here, as can excursions to Fiordland’s two most popular attractions, Milford Sound and Doubtful Sound.

Milford Sound is Fiordland National Park’s most well-known and beautiful fiord. In 1883, explorer James Higston visited Milford Sound, commenting: “For thousands of feet upwards the eye looks upon straight cut rocky frontages, not worn smooth by time, or by wind or water…” Below the rippling waterline, a secret underwater world exists unobserved. Unusually, a layer of seawater is capped by a layer of fresh water, allowing species that normally thrive only in deep water to live close to the surface. Local tour operators provide excursions to Milford Sound all year round.

During the summer, trips tend to be oversubscribed and should be booked in advance.

Doubtful Sound – often referred to as “the Sound of Silence” – is a more tranquil spot and the park’s deepest fiord (421m/1381ft). You cannot drive to Doubtful Sound, making it less accessible than Milford Sound. Boat cruises are available, and can provide access to a place of undeniable natural beauty, untouched by the modern world. During the wetter seasons, the area is home to spectacular waterfalls, such as Browne Falls (619m/2030ft) and Helena Falls (220m/721ft).
Don’t forget to keep an eye out for wildlife, with fur seals, bottlenose dolphins and penguins all inhabiting the area.

Maps of the many trails within the park can also be obtained from Te Anau. Guided walks are available, though many trampers choose to set out alone, map in hand. Popular routes include the Milford Track, which takes between 3 and 4 days to complete, and the Kepler Track, which can also be completed in roughly 4 days. Huts are situated along the trails; reservations should be made in advance.
As well as hiking and tramping, visitors to Fiordland National Park enjoy a diverse programme of events, including live music, community markets and group swims. Mountain biking is encouraged and a limited hunting season exists.

When to Visit Fiordland National Park

Fiordland National Park is at its busiest between the temperate months of October and April. During this period, activities and accommodation get booked up quickly; it is therefore advisable to book rooms and excursions in advance. Although popular attractions such as Milford Sound can become crowded during the summer months, the park is vast, and, upon leaving Te Anau’s bustling streets, most visitors are taken aback by an overwhelming sense of peace and seclusion. Walkers may pass one another on trails from time to time, but even during peak season, Fiordland National Park is large enough to lose yourself in.

Although a handful of hotels and lodges only operate during high season, there are accommodation options available all year round.

During the winter months, mountains are crowned with snow and a calm descends over Te Anau’s otherwise busy streets.

How to Get to Fiordland National Park

Te Anau is easily accessible via the State Highway. Entrance to the park is free. For those wishing to fly in, Te Anau airport receives three inbound flights thrice weekly during peak season (October – April).

Where to Stay at Fiordland National Park

There is a vast array of accommodation available to the weary traveller in and around Te Anau. Camping is permitted in designated areas only. Note that if you are discovered “freedom camping”, you are highly likely to be fined.
Interesting facts about Fiordland National Park.

The park is bordered by the Tasman Sea, which is commonly, if not lovingly, referred to as “The Ditch”.

Fiordland National Park played host to the cast of the Lord of the Rings film trilogy. Many scenes were filmed here. 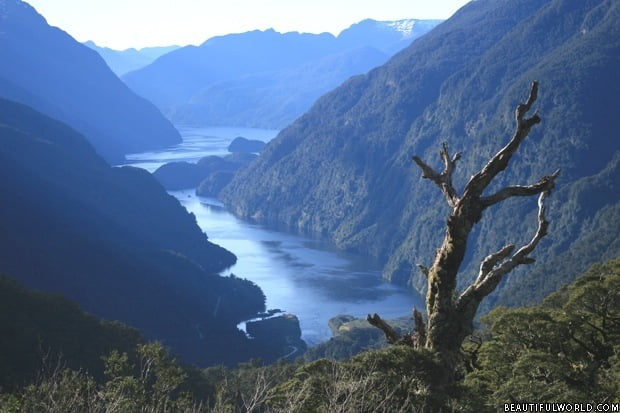 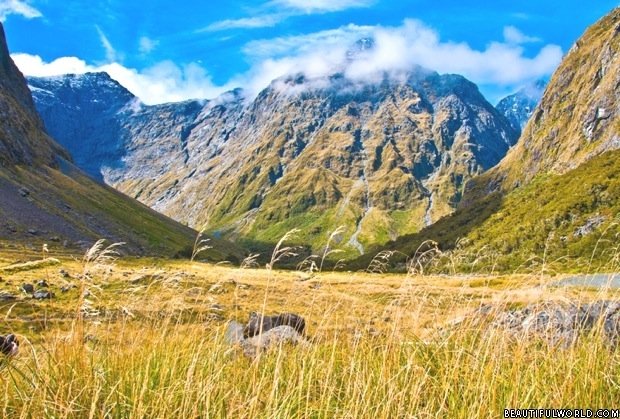 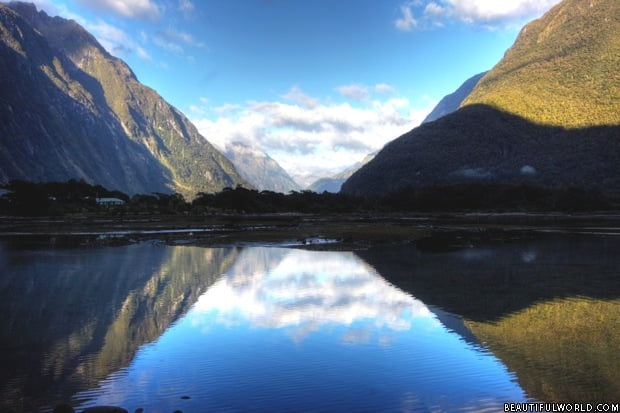 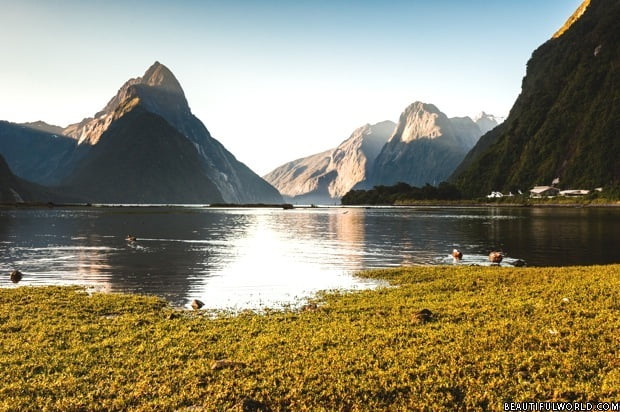 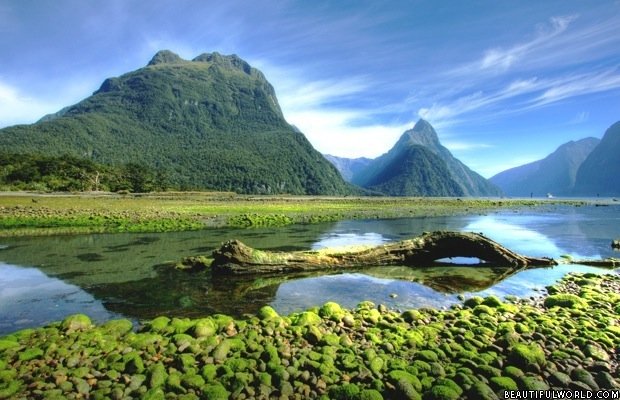 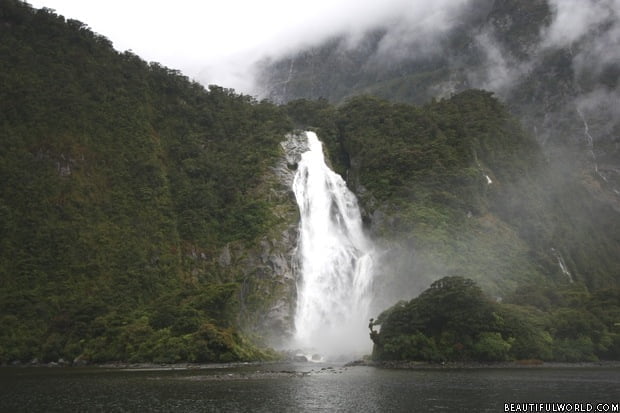 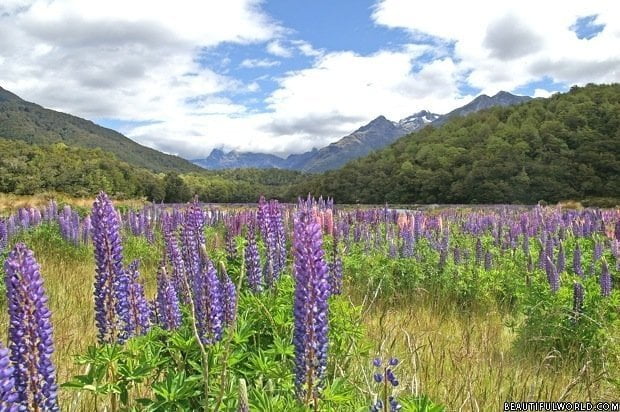 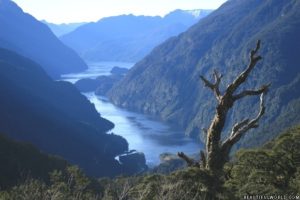