Perce Rock, in Quebec, Canada, is one of the world’s largest arches over water. An island of limestone in the Gulf of St. Lawrence, the formation measures 1420 feet (433m) in length and over 300 feet (90m) in width. Regarded as both a historical and geological icon, it is aptly named after the pierced hole in its structure.

Many years ago, there was a handsome, young man named Chevalier Raymond de Nerac, who was a new recruit of the French army. Chevalier was in love with a gorgeous lady named Blanche de Beaumont, and they were to marry. However, against his wishes, the French army assigned him to the Fortress of St Louis base in Quebec. His wife-to-be could not handle the thought of being parted from her fiancé, and so travelled to Quebec alone to meet him. Unfortunately for Blanche, her ship was raided by Spanish pirates upon passing Newfoundland and she was captured. The pirate’s captain told her that she would never escape, and proposed that she become his wife. In return for her acceptance, he would sail past the army base in Quebec so that she could lay her eyes on her love one final time. Blanche agreed, before reneging on her promise, and committing suicide by jumping off the boat during the marriage ceremony.

When Blanche threw herself into the sea, the boat became engulfed by a thick, relentless fog. The crew, scared to voyage onwards, anchored the boat at a nearby beach. The next day, the crew were petrified as they were greeted with an enormous rock that appeared to be floating near them. Amid the rock, they purported to have seen Blanche’s ghost. Blanche cursed the pirates and they crashed into the rock, never to be seen again. The following day, locals saw the rock and proclaimed that it had appeared like a ship under sail.

At its current size, the arch is large enough that a small boat could pass through during low tide.

During low tide, it is possible to walk to Perce Rock, as it is connected to the mainland at Rue du Mont-Joli by way of a sandbar.

The rock features evidence of approximately 150 different fossilised species of plants and animals.

Research has indicated that the rock was originally adjoined to the mainland. Centuries ago, in 1534, the French explorer, Jacques Cartier reported sighting 3 arches in the rock. However, in the many years that have since passed, references to a third arch have been rare.

Erosion from the sea is taking its toll on the rock, with forecast models predicting that it will erode completely in the next 16,000 years.

Visitors are not allowed atop of the rock. Whilst the area is inaccessible to humans, birds (e.g. black cormorants, or gulls) can often be found perching there.

How to get to Perce Rock

Perce Rock is approximately a 75-minute boat ride from Perce. Trips are restricted to the period from the end of May to the middle of October (exact dates change yearly). Many guided tours are available, which can offer interesting insight into the flora and fauna, geology and fossils on the rock.

Where to stay near Perce Rock

Given the rock is only accessible between the end of May and mid-October, it is highly recommended that you reserve lodging well in advance. There is a range of accommodation available, with the most luxurious lodgings offering panoramic views of Perce Rock and Bonaventure Island. For those operating on a tight budget, lower cost options are also available. 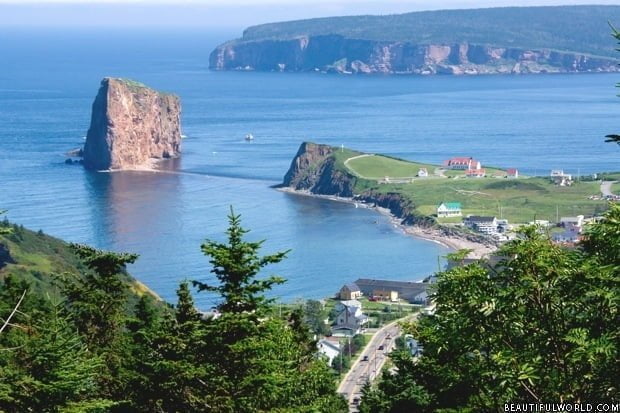 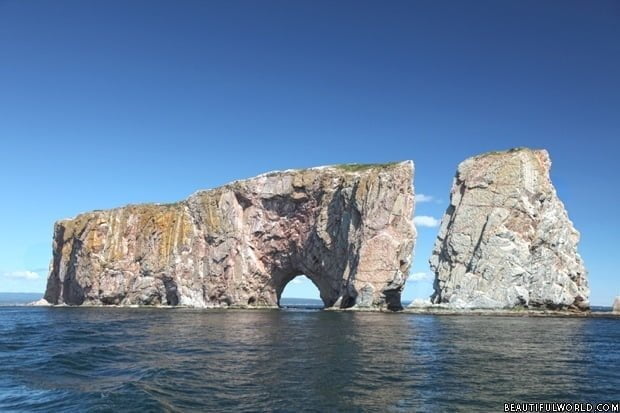 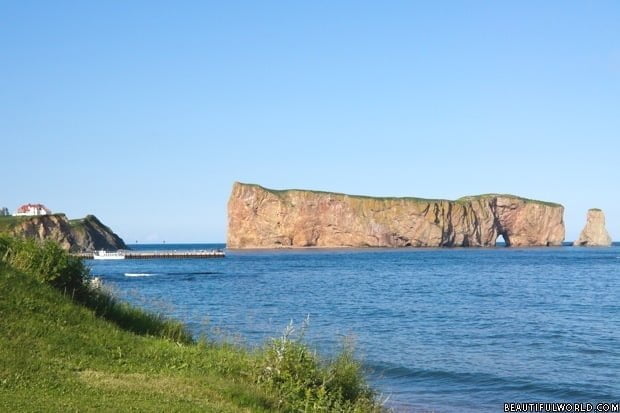 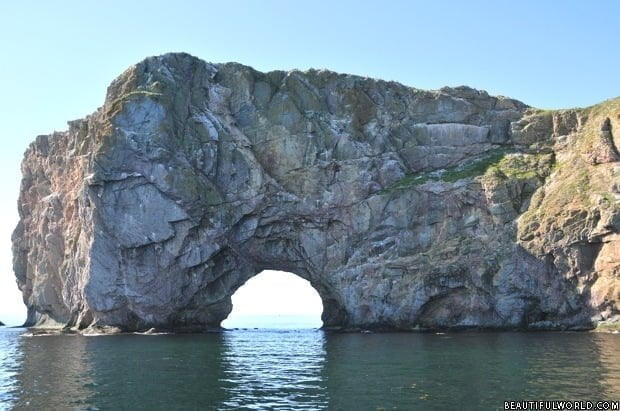 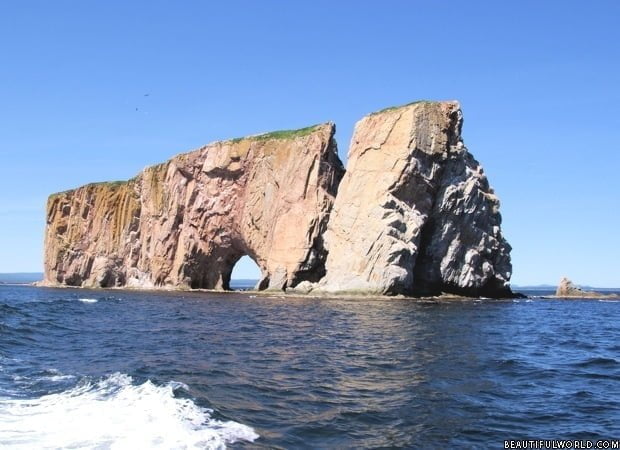 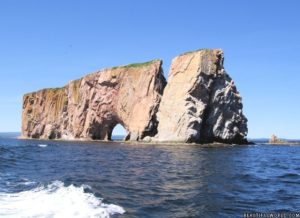