Jeita Grotto, the longest cave in the Middle East, is situated approximately 11 miles (18km) north of Beirut. It consists of two separate, but interconnected, limestone caves, and boasts a length of 5.6 miles (9km). One of the worlds most amazing agglomerations of stalactites and stalagmites, Jeita Grotto is widely considered to be the pride of Lebanon, and featured as a finalist in the New 7 Wonders of Nature competition.

History of the Jeita Grotto

The caves were inhabited by prehistoric man, with evidence suggesting that they were previously used to produce swords. Reverend William Thompson, an American missionary, is credited with the modern discovery of the caves in 1836. Thompson is said to have advanced 50 metres into the caves before firing his gun. The resultant echoes assured him that the caves were to be of significant importance.

Jeita Grotto was not explored further until the 1870’s, when Maxwell and Huxley of the Beirut Water Company carried out extensive expeditions of the caves, reaching 1060 metres inside the grotto.

Lebanese explorers have ventured deeper into the cave since the 1940’s, and have so far exposed 5.6mi (9km) of the Jeita Grotto.
The caves were initially known as the Grottoes of Nahr al-Kalb, after the underground river that runs through the grottoes. Several names were subsequently used, including Djaita, Jehita, and finally, Jeita. Jeita is derived from the town in which the caves entrance is situated, and is loosely translated in Aramaic as the ‘roar’ or ‘noise’ of water.

A tour of the lower grotto involves a 1650ft (500m) electric boat trip along a subterranean, black lake. At first, you are met with resonant sounds of rushing water and cool air but, as the boat ventures further into the cave, profound silence is experienced.
The boat tour provides a marvellous sample of the enormous 20,300ft (6200m) lower grotto. The experienced is enhanced by a lighting system which illuminates the columns and structures within.

The upper grotto features a large concentration of crystallized formations such as stalagmites, stalactites, ponds, mushrooms, columns, curtains and draperies. Three chambers are accessible to visitors. The first is the white chamber, which features the caves most impressive formations. It is home to the worlds longest stalactite, which measures 27ft (8.2m) in length. The second is the red chamber, which is named due to its colour. The red chamber towers to 106m (348ft) high, and is between 98ft (30m) to 160ft (50m) wide. The third chamber is the highest of the three, at a height of 390ft (120m).

Jeita Grotto is one of the main tourist attractions in Lebanon, and as such, it has developed numerous additional features for visitors, including a train, ropeways, miniature zoo and many sculptures. There are also numerous souvenir shops featuring handmade Lebanese products, as well as several restaurants serving traditional Lebanese cuisine.

How To Get To Jeita Grotto

The best way to get to Jeita Grotto is to drive from Beirut. The caves are only 11 miles (18 km) north of Beirut.
Another option would be to take a minibus from Dawra to the Jeita turn-off on the Beirut-Jounieh highway. Here, there are taxis waiting who can take you the remaining 3 miles (5km) to Jeita Grotto. Alternatively, you can take a taxi directly from Beirut.

When To Visit Jeita Grotto

The caves are open for the vast majority of the year, every day of the week apart from Monday. Opening hours vary depending on the time of year, thus, it is advised to check the official website prior to organising your trip. Each year, the caves close for around 4 weeks from late January until early February. During winter, the lower grotto is often closed when the water level becomes too high. The temperature in the caves remains constant at 61 degrees Fahrenheit (16 degrees Celcius) throughout the year.

Where to Stay at Jeita Grotto

Unfortunately, there is nowhere to stay overnight at the caves. However, there is a range of accommodation options available in Beirut. 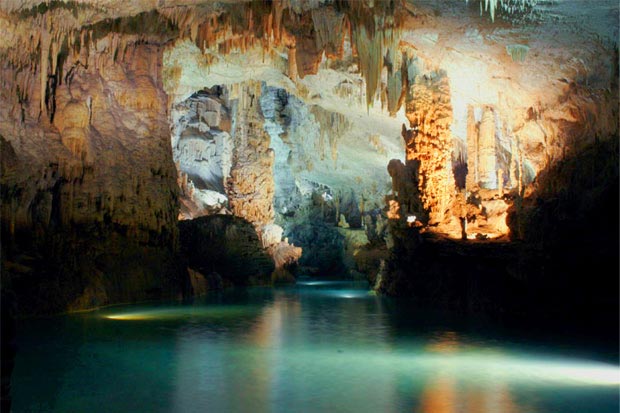 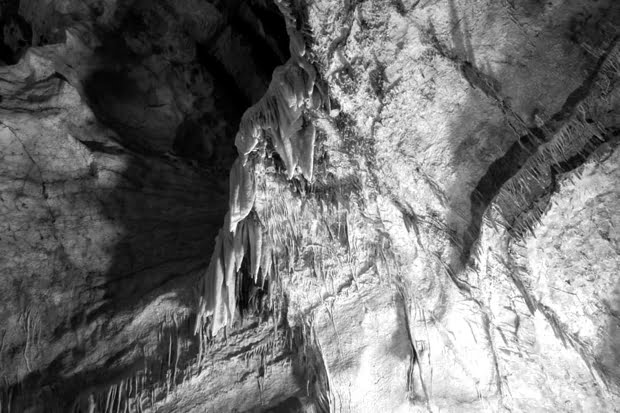 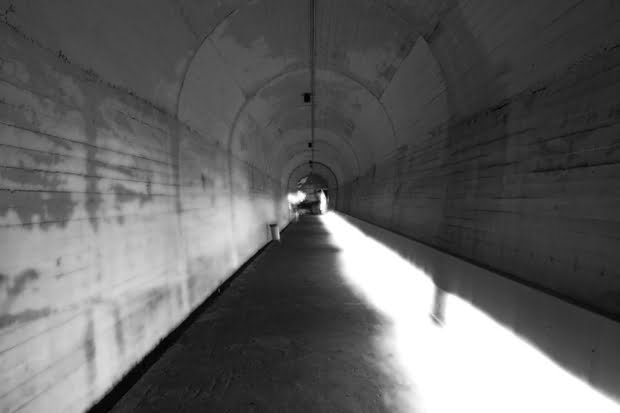 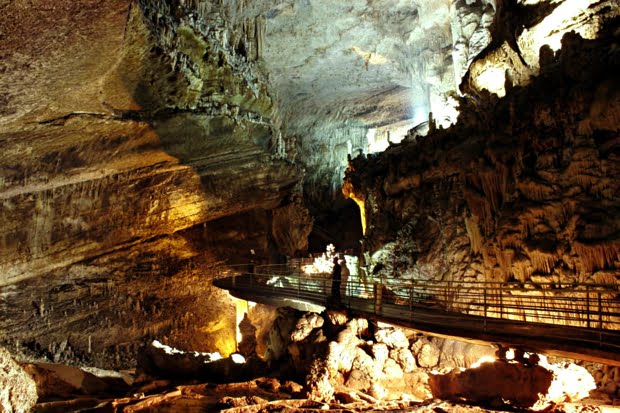 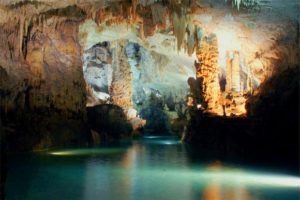