The Wave is a geological marvel found on the slopes of the Coyote Buttes, at the Arizona-Utah border. It’s believed to date back to the Jurassic period during which time prevailing winds pushed the sandy desert dunes across the sandstone, etching it, while water runoff deposited chemicals such as manganese and iron. The resulting bands of colour are referred to as the Liesegang rings, named after a German chemist. Swirled bands of colour run through the sandstone, ranging from red, pink, orange, yellow, white and green.

Interesting facts about the Wave

The formation of the Wave began 190 million years ago, when desert dunes compacted and solidified into striped sandstone. The peculiar and unique fluctuating stratum was created by slow wind and rain erosion.

The Wave was virtually unknown until the 1990’s when it was widely advertised in German travel brochures, and featured in the 1996 movie Faszination Natur.

In order to protect the rock, only 20 visitors are permitted to access the Wave each day. Permits are issued online through a lottery system – more information here. A small permit fee will apply.

Despite the limited access to protect the landscape, hikers must remain careful as the Wave has edges that will break easily if stepped upon.

Rain storms can make the road to the Wave impassable. They bring numerous pools which form for several days, containing hundreds of tadpoles and fairy shrimp.

Reaching the Wave involves a 3-mile hike (6-mile roundtrip) across open desert, with no signposted path to follow. A GPS is therefore highly recommended, as it not unheard of for people to get lost without ever reaching the famous landmark. 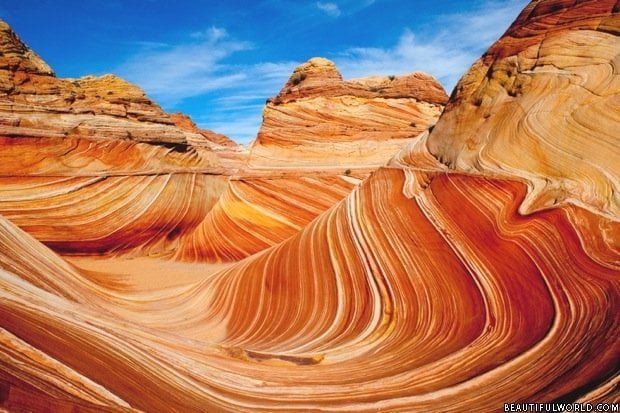 When is the best time to visit the Wave?

The best time of year to visit the Wave is during either spring or fall, as the weather is neither too hot nor too cold. Summer temperatures can exceed 100 degrees Fahrenheit (38 degrees Celsius). Since reaching the Wave requires a 3-mile hike across the open desert (6-mile roundtrip), summer is not an ideal time to visit. During the winter, temperatures are cold at night, but mild during the day, making hiking possible during warmer periods.

In order to get the best photographs, visit either during the middle of the day when there are no shadows to be seen, or during the morning/early evening when stark shadows over the land provide dramatic visuals. 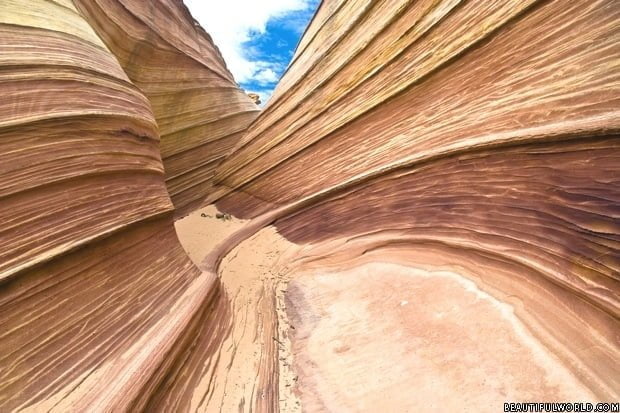 The closest towns are Kanab in Utah (77km/48mi) to the west, and Page in Arizona (72km/45 mi) to the east. In both towns, you will be able to find a variety of hotels/guest houses to suit your taste/budget. The drive to the Wave from both Kanab and Page takes approximately 1h20m. Alternatively, there are two campgrounds nearby, the White House Campground, and the Stateline Campground. More information about the campgrounds can be found here. 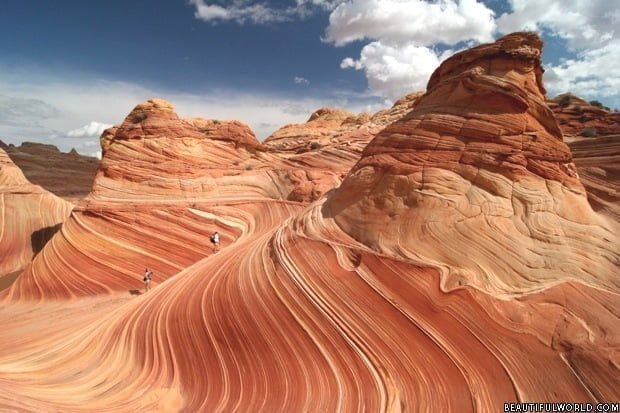 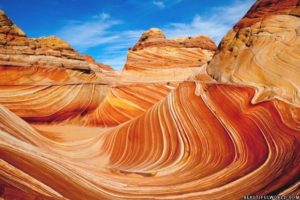