With cascading waterfalls hidden among lush forest greenery, it’s easy to see why Croatia’s very own Garden of Eden regularly features in lists of the world’s most beautiful places. At the heart of the Plitvice Lakes National Park, 16 azure pools spill into each other, connected with rocky outcrops dripping in moss. The tallest waterfall, Vikeli Slap, drops an impressive 70 metres, ensconced in a veil of mist, while the surrounding woodland teems and chatters with life. A boardwalk curves sinuously between lakes, allowing visitors to drink in the arresting beauty of the Plitvice Lakes at very close quarters.

The Plitvice Lakes area has been a site of continuous human settlement since prehistory, and today, locals still inhabit small settlements scattered around the park. Though it is indiscernible today, the lakes have been constantly modified and changed by humans over the centuries. Some have been filled in to provide farmland, whilst a number of tributaries have been diverted to provide water to local villages.

Since the medieval times, it has been an area of strategic importance within Eastern Europe, providing the backdrop to scenes of fierce fighting between the advancing Ottomans and the unified Austrians and Croats of the Hapsburg Empire. The forests provided much-needed refuge for civilians fleeing the violence, as well as being used as a key frontier by the conflicting armies.

Somehow, the park escaped relatively unscathed by the ravages of centuries of war, and by the 19th century, it was already being developed as a holiday resort, with numerous hotels and restaurants constructed by the lakes. By the 1960’s, a decade after the area was declared a National Park with protected status, tourism was really booming. In 1979, it was officially registered as a UNESCO site of outstanding natural beauty.

Geography of the Park

The Plitvice Lakes National Park is situated about a 2-hour drive south of Zagreb, close to the Bosnia-Herzegovina border. This mountainous area is known as the Dinaric Alps, a majestic Southern European chain stretching from Kosovo to Slovenia. The lakes themselves are bookended between two mountains – Mala Kapela at the western end, and the eponymous Plješevica to the east.

It was these mountains that provided the foundations for the creation of the tiered lakes offering such enchanting beauty today. The soft sediment rock which allowed the lakes to be carved out is also largely responsible for their alchemic colour-changes. The fluctuating presence of minerals in the water means that their colour can vary between milky blue to bright turquoise.

The issue of protecting this stunning National Park has long been taken seriously, with restrictions in place to safeguard the delicate ecosystem. This has allowed plant and animal species to flourish. The beech and fir woodlands are a haven for some of Europe’s most rare species, including the brown bear and over 100 species of bird, while the translucent waters of the lakes are filled with fish.

Given the long human history of the area, myths and legends have, over time, sprung from each of the 16 lakes. One of the most popular myths is the tale of an ancient, magic queen who was responsible for the creation of the lakes. Unsurprisingly, there are many stories surrounding the theme of drowning.
The ecology of the park – having survived many wars in the past – was most at risk during the Croatian War of Independence. The presence of landmines was the main threat. Fortunately, by the turn of the millennium, the park was declared to be safe once more, and tourism eagerly returned.

What to do at Plitvice Lakes National Park

Whatever the time of year, you can make use of the miles of trails and boardwalks throughout the park. In the summer, the lakes sparkle a dazzling turquoise, while in the winter they are frozen, the waterfalls paused in time. Outside of the winter months, electric boats are also available. They are practically silent, allowing you to take in the vast tranquillity of the park. Further afield, there are labyrinth caves and the remains of ancient castles to explore. If you get lucky (or unlucky, depending on how you look at it), you may even spot a bear.

How to get to Plitvice Lakes National Park

Zagreb International Airport is the most convenient method of transport for visitors arriving from elsewhere in Europe. From there, it is a 2-hour journey south to the Plitvice Lakes. Hiring a car at the airport is the easiest option, but public transport does also serve the Plitvice Lakes – shuttle buses run from the airport to the main bus station in Zagreb and from there, there are buses which go direct to the park.

Where to stay near Plitvice Lakes National Park

Staying in the park itself offers unrivalled access to the natural beauty of the area. There are three different hotels available within the park if you are looking for a civilised stay, but if you really want to get in touch with nature then there is more rustic accommodation. There are plenty of campsites with bungalows and pitches for tents. There is also accommodation available in guesthouses within the surrounding villages, offering a taste of local life. If you choose to stay here, then having a car to access the park will make life much easier, but locals should be able to give you advice about bus services. 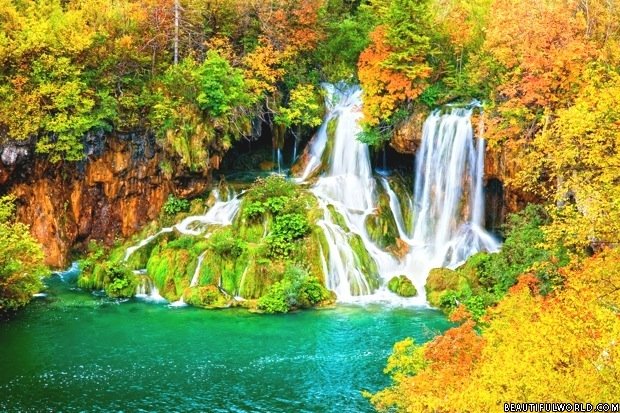 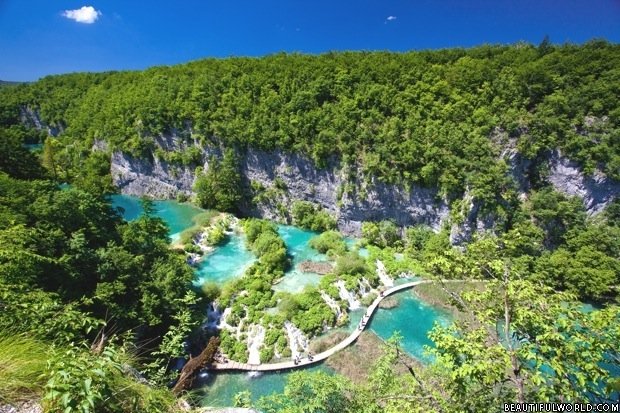 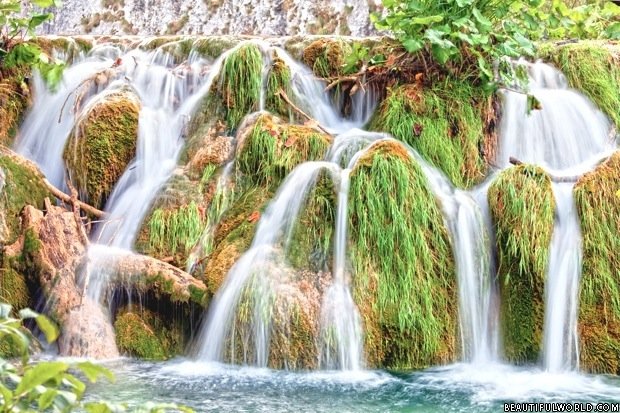 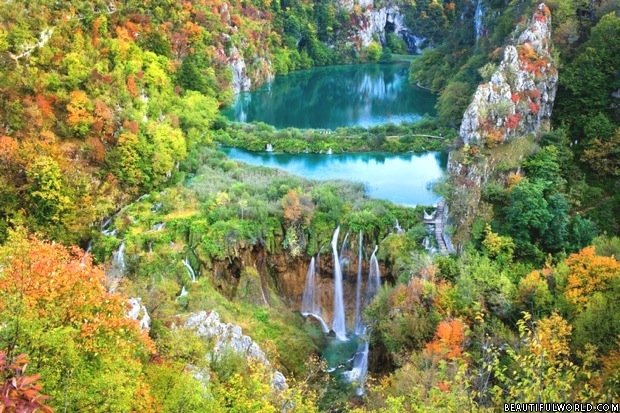 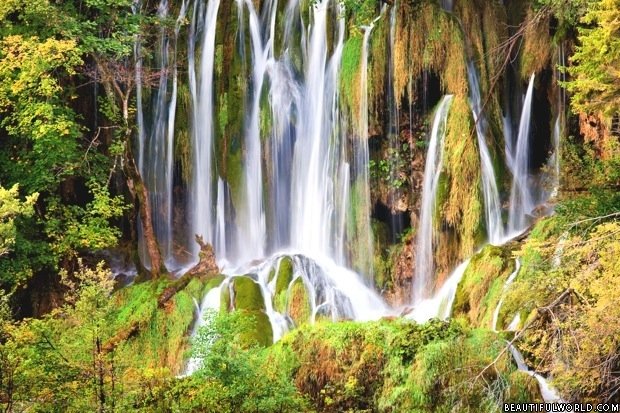 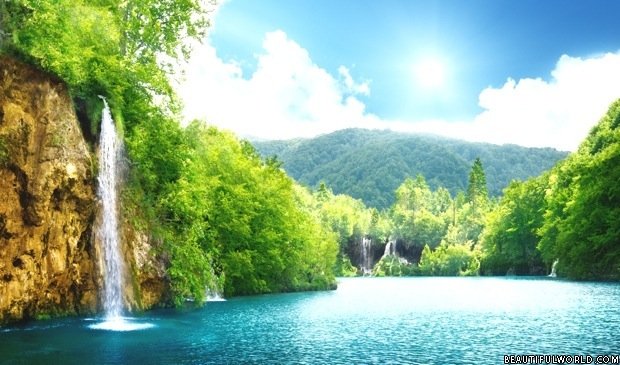 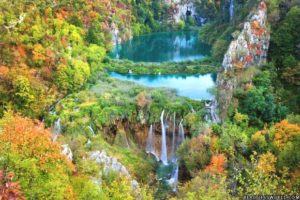