Located in Venezuela’s Canaima National Park, Mount Roraima is the highest of the Pakaraima chain of tepui plateau. Mount Roraima is 9mi (14km) long, and 9222ft (2810m) tall at its highest point, with 1300ft (400m) cliffs on each side of the plateau. At its summit, Roraima is largely sandstone without much vegetation, though a few sparse bushes can be found. The isolated nature of the plateau makes it home to many unique species of flora, such as pitcher plants, bellflower and Rapatea heather.

Mount Roraima is situated on the border of Venezuela, Guyana and Brazil, with almost 75% of the mountain falling into Venezuelan territory.
Whilst the tepui (table-top mountain) is the highest landform in Guyana, both Brazil and Venezuela have higher landmarks.
The summit experiences heavy rainfall all year round, which as a result of its flat surface, leads to random waterfalls popping up at various locations across the plateau.
Angel Falls, the tallest waterfall in the world, is located on a similar table-top mountain approximately 130 miles away, and falls within the same national park.
The formation was first described by the English explorer Sir Walter Raleigh in 1596 after his visit to Guyana in search of the legendary golden city of El Dorado, but frustratingly he was unable to climb it as no viable route to the summit was known at the time.
Mt. Roraima was the first major tepui in the world to be climbed in 1884, when Everard Thurn trekked up a forested trail. This trail is the only ‘easy’ way up, following a natural staircase like route on the Venezuelan side. Other routes do exist, though are extremely difficult and require technical rock climbing experience. Everard Thurn later went on to become the Governor of Fiji.

The summit measures 31 sq. km (12 sq. mi), and is usually covered in fog. It features black rocks, gorges, wildflower gardens and a number of pools.
The mountain has always had special significance to the indigenous Pemon Indians, and is central to many legends and myths passed down through generations. They view Roraima as the stump of a ginormous tree that once held all the fruits and vegetables in the world.
Translated, roroi means “blue green” and ma means “great” in the native language of the Pemon.
Mount Roraima and the other tabletop mountains in Canaima National Park are considered to be the oldest geological formations on Earth, dating back around 2 billion years to the Precambrian Era.

Mount Roraima can be climbed at any time during the year, though most people prefer to visit during the dry season which runs from December to April. Please note that the dry season isn’t actually dry, but simply drier. The weather can change quickly, and rain, mist and fog are a constant.

How to get to Mount Roraima

First you must fly into Santa Elena de Uairén airport. Santa Elena de Uairén airport is not serviced by direct flights from major cities, so it is likely you will need to take a transfer flight. The airport is located in a small town in Brazil, near to the border. From here, you will be able to take a bus or shuttle that will transfer you to the ascending point – the Pemon village of Paraitepui.

Most hikers will hire a Pemon Indian guide from Paraitepui, as although the path to the summit is reasonably well marked, it is not uncommon for hikers to get lost on the top of the mountain due to constant cloud cover and uncanny rock formations which can make visual references problematic.
Remember that when hiking, you should not remove any plants or rocks – Mt. Roraima is part of Canaima National Park, and therefore this is strictly prohibited. 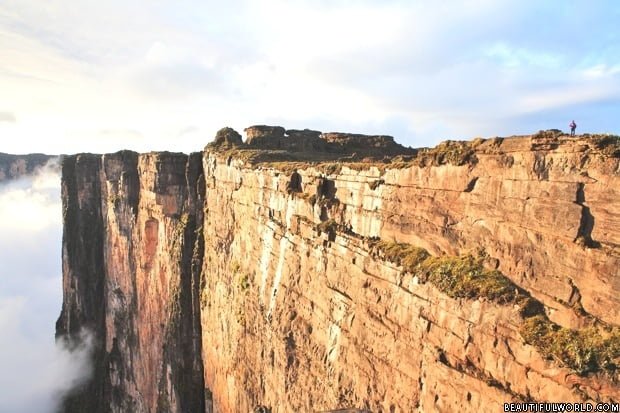 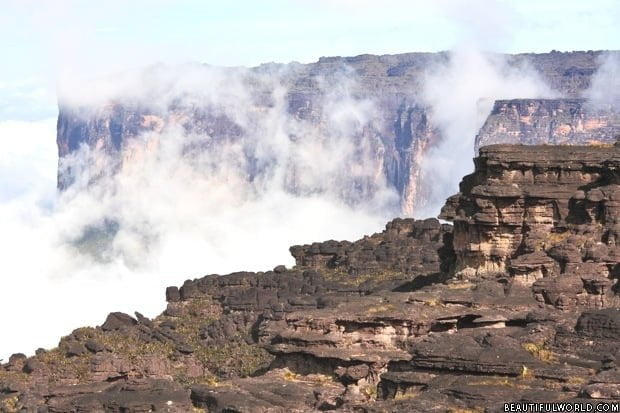 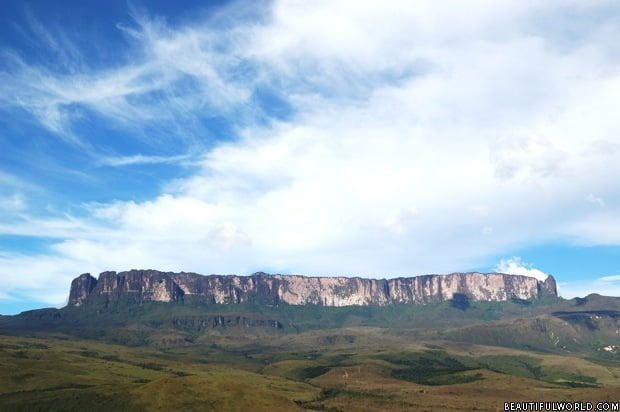 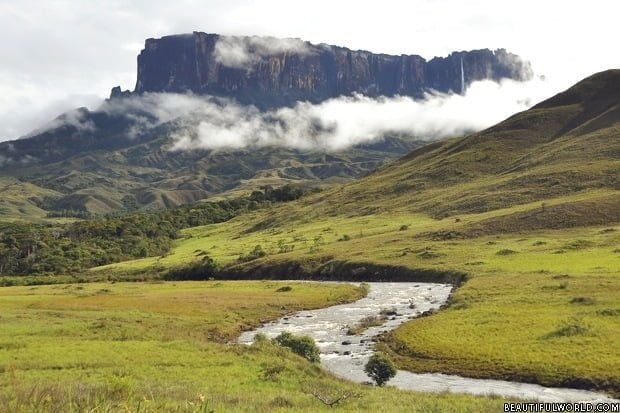 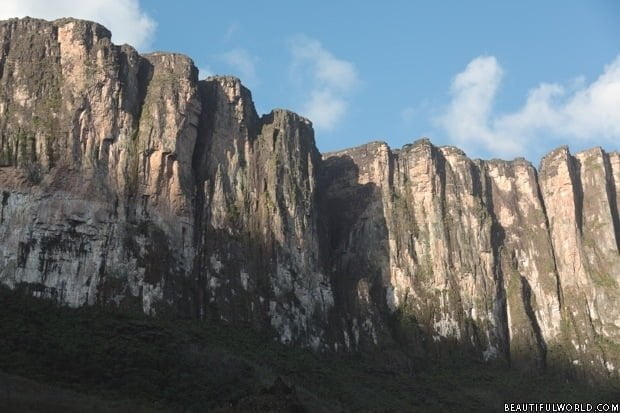 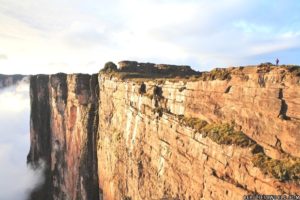