The Waitomo Glowworm Caves are a popular tourist destination located on New Zealand’s North Island. Upon entering this underground grotto, visitors are taken aback by dramatic stalactites, which seem to drip like wax from the ceiling, tapering to a point in mid-air. A twinkling light show is provided by the many thousands of glowworms that inhabit the caves – constellations of luminescence shimmering from the cave walls like tiny stars and lighting the water below.

Waitomo Caves were formed by a combination of natural phenomena more than 30 million years ago during the Oligocene period.

In 1887, Maori Chief Tane Tinorau and British surveyor Fred Mace explored the subterranean network for the first time, having built a raft from robust flax stems. As they floated through the eerily echoic caves, the incandescent light created by the glowworms, as well as a number of ancient cave decorations, such as fossilised shells, astounded the pair.

The Maori Chief Tane opened the caves to sightseers during the late 19th century, escorting visitors though the enchanting underworld for a small fee.
Administration of the caves became the responsibility of the government in 1906, however, the Waitomo Caves network was returned to Tinorau’s descendants in 1989.

Today, the caves are closely monitored and protected by a special Scientific Advisory Group.

There are two levels to the caves – upper and lower. While the lower level is flooded and generally accessed by boat, the upper level is dry and features impressive rock formations such as the Banquet Chamber, the Pipe Organ and the Catacombs. Most guided tours journey through these caves, as well as an area known as ‘The Cathedral’. The Cathedral, situated on the lower level, is famed for its outstanding acoustics and once housed a performance by the famous New Zealand opera singer Kiri Te Kanawa.

There are around 300 known limestone caves underground in the Waitomo region, but the Waitomo Glowworm Caves are perhaps the most special of all. The names given to the different cavities and hollows are suggestive of their scale, splendour, and the awe-inspiring effect they have on visitors.

Guests are asked to refrain from touching the cave walls. Stalactites and stalagmites take centuries to form and touching them can result in discolouration and breakage. Further, photography is only permitted in certain areas and smoking is prohibited within the caves. A contemporary Visitor Centre is situated near to the cave entrance; boasting a restaurant, gift shop and theatre/exhibition space.

Waitomo Cave’s famous glowworms are also known as Arachnocampa luminosa. They are carnivores, but can survive without food for weeks, sometimes even months. When they do finally eat, they catch midges, flies and mosquitos by setting a sticky mucus trap.

Animal species that inhabit cave systems are known as ‘troglobites’.

Data concerning humidity and temperature is gathered daily. This information helps determine how many people are allowed into the caves at any one time.

The limestone rock in the caves consists of seashells, ancient coral, and fish skeletons.

Stalactites and stalagmites are formed when limestone infused water drips from the caves ceiling and sets like concrete.

When to visit Waitomo Caves

Since the caves are an undercover attraction, there is no ‘best’ time to visit, per se. Open from 9AM every single day of the year, they are at their busiest during the summer months and school holidays, so if you prefer to avoid the crowds, do not visit during these periods.

How to get to Waitomo Caves

If you have a hire car, the quickest and most convenient way of getting to the Waitomo Caves is undoubtedly driving. The caves are well signposted and within easy reach of nearby cities Auckland (121mi/195km – 2.5 hours) and Hamilton (45mi/73km – 1 hour). Alternatively, many hotels and tour providers run excursions to the caves, which include all transportation. Coach tours are widespread and are almost universally well received, and allow travellers to choose between one-way and round-trip options.

Where to stay near Waitomo Caves

Although visitors are not permitted to stay overnight in the caves themselves, there are many hotels, campsites and guesthouses in and around Waitomo to suit a range of budgets. 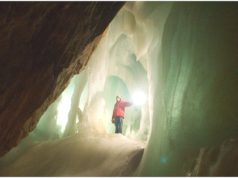 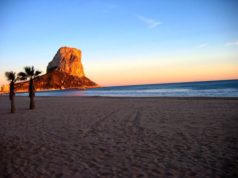 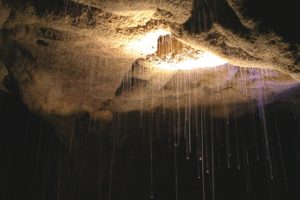