The Galapagos National Park was established in 1959 and is Ecuador’s oldest park. It covers a massive 3087 square miles – 97% of the Galapagos Islands. The remaining 3% includes the inhabited islands of Santa Cruz, San Cristobal, Isabela and Floreana. Established to protect the unique diversity of the islands, the park service seeks to protect native species and eradicate invasive plants and animals. Species such as the giant tortoise, marine iguana and the Galapagos petrel are protected to ensure that they can be enjoyed by both current visitors and future generations. Park service officials are very serious about preventing non-native plants and animals gaining access to the park.

Fray Tomas De Berlanga, the fourth Bishop of Panama, first discovered the Galapagos Islands in 1535 after his ship was carried off course by currents. He recorded his discovery and sent an account to Charles V, Holy Roman Emperor, and the King of Spain. 35 years later, the Islands were first mapped, with cartographer Abraham Ortelius labelling them, “The Island of Tortoises”. 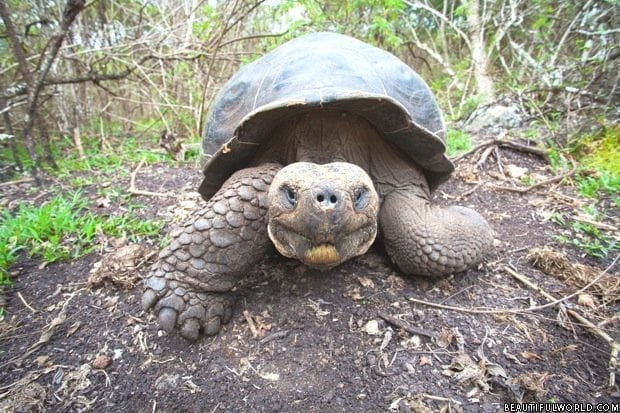 Sailors, buccaneers and whalers visited the islands during the 17th, 18th and 19th centuries. In 1831, British naturalist Charles Darwin set off for the islands aboard HMS Beagle. The voyage lasted nearly five years. Darwin’s observations of the islands fur-covered and feathered inhabitants formed the basis of his celebrated theory of evolution – the idea that all life on earth is descended from common ancestry.

Galapagos National Park was established in 1959, making it Ecuador’s oldest National Park. Eight years later, in 1967, the first park service was created, though it took a further four years to assign a Superintendent and park rangers. Unsurprisingly, the park now boasts staff numbers far in excess, with hundreds of Park Rangers and an elaborate management structure.

Many of the animals inhabiting the Galagagos islands are utterly fearless, allowing visitors to get extremely close to some of the worlds most endangered species.

The best way to fully experience the Galapagos Islands and see all the plants/wildlife they have to offer is by taking a cruise. Boat tours of the islands are understandably popular, as the animal and plant life native to the region is truly without parallel. Dolphins, turtles, exotic birds and many species of reptile populate the islands, and many tour operators facilitate animal-spotting cruises. It’s typically advisable to book far in advance, particularly if you are visiting during peak season, as spaces fill up fast. However, if you’re a bargain hunter, rejoice, as there can often be last minute cruises available at reduced prices. Be weary of such offers though, as they may not have the best boats, and may only take you to the inner islands. 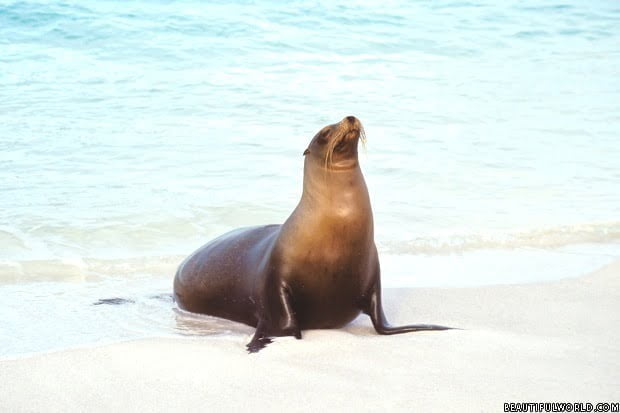 Boat cruises take in a range of different habitats, and aim to showcase the islands’ extraordinary variety and diversity. The majority of islands are only accessible with a guide, who will explain all rules and regulations clearly. Visitors are not permitted to stray from marked paths, though most of the animals and birds are accustomed to the presence of humans, and often venture onto the paths and walkways anyway.

Other Things To Do
Hiking is a popular activity, though hiking independently is prohibited across all National Park land. Therefore, it is advisable to book yourself onto a guided tour. Guided hikes can be a great way to explore the islands and gain a better understanding of their varying topography and terrains. It’s worth noting that there are some hikes you can do alone on the inhabited islands, such as the Wall of Tears on Isabela and Cerro Tijeras on San Cristobal.

Scuba diving and snorkelling have, unsurprisingly, proven to be very popular in the area. For several years, Darwin and Wolf Islands have been ranked as the number one dive destination in the world across a number of categories. Fishing, kayaking and surfing are further water sports available on the Islands.

Finally, if you maintain an interest in natural history, the Charles Darwin Research Station in Puerto Ayora on Santa Cruz is certainly worth a visit. Here, you can see a number of baby tortoise at the breeding centre, and learn more about the islands’ scientific significance.

Park management have set a number of rules/regulations to help protect the islands from tourism. Some of the most important to remember are listed below.

Getting to the Galapagos Islands

To get to the Galapagos Islands, you must first fly to mainland Ecuador, on board a flight to Quito, Ecuador’s capital city, or Guayaquil. Once in Ecuador, you can reach the Galapagos Islands by boat or by air. However, given that the boat ride takes at least three days, flying is highly recommended. Several flights depart daily from both Quito and Guayaquil, taking you 600 miles (1000km) before landing on either Baltra or San Cristobal Island.

When is the best time to visit Galapagos National Park?

A trip to the Galapagos Islands will be magical whatever time of year you embark. However, the peak season runs from mid-June to early September, and from mid-December to mid-January. There are limits to the number of tourists permitted per island at any given time, and so the park is unlikely to feel overcrowded. However, if you do decide to make your trip during peak season, you are unlikely to experience a sense of tranquillity and utter seclusion.

December to May – The temperature of both the air and water are warmer from December through til May. However, it’s also rainy season and it will drizzle most days for short spells. Warmer water brings opportunities to swim and snorkel, while animal lovers may be lured by the sea turtles that nest on the beaches throughout these months. From February to April, the sea surrounding the islands begins to calm, and wildflowers burst into bloom. 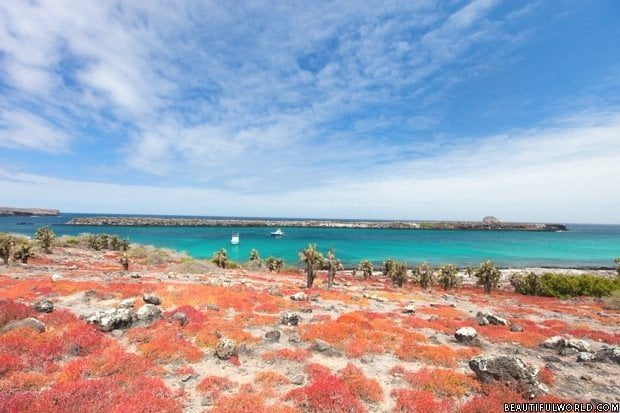 June – November – The Humboldt Current moves from the southern tip of South America to the Galapagos, bringing cold water and air temperature. This water is rich in nutrients, which inherently attracts vast numbers of fish and birds. During these months, despite increased cloud cover, it rarely rains. However, the wind is quite strong, resulting in rough sea conditions.

Where to Stay in the Galapagos Islands

On the inhabited islands of Santa Cruz, Isabela, San Cristobal and Floreana, hotels, guesthouses and hostels proliferate. Lodging ranges from easily affordable budget hotels, to lavish and luxurious 5-star hotels with high standards of service. Whatever your budget, you should have no problem finding something suitable. It’s worth noting that during peak season, hotels fill up swiftly and visitors are therefore advised to secure their accommodation well in advance. 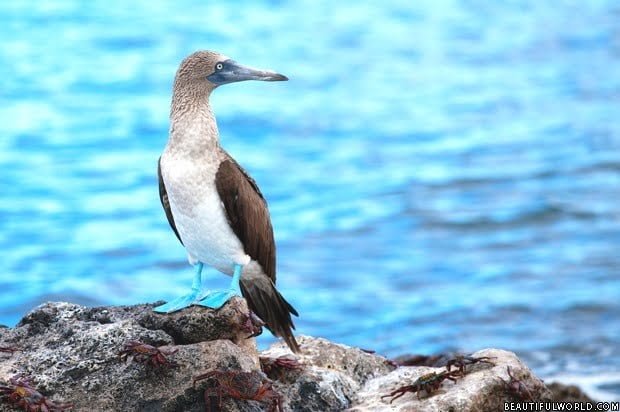 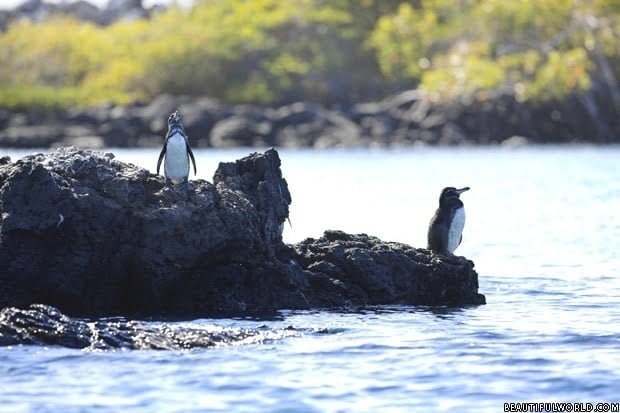 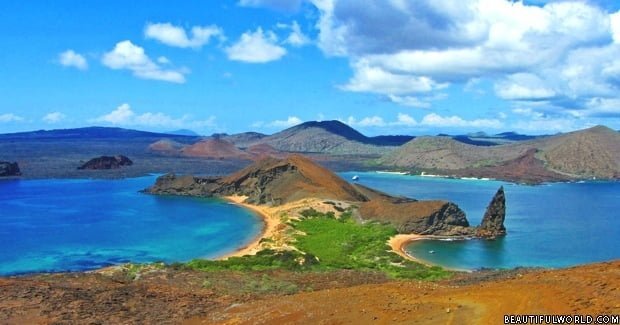 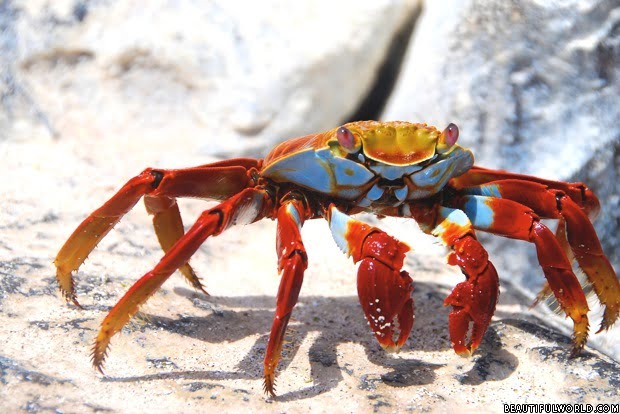 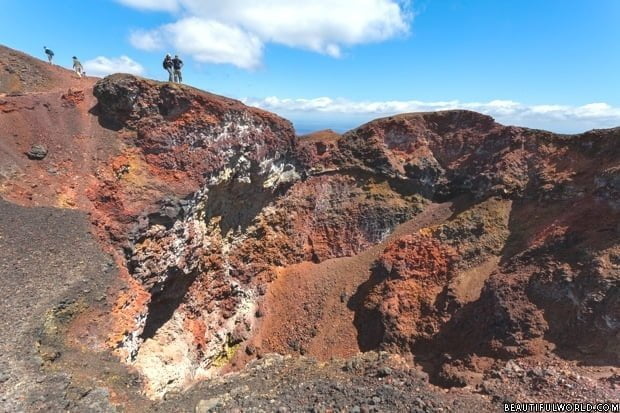 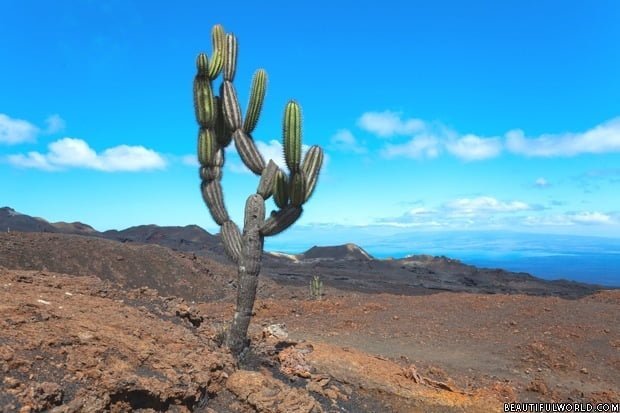 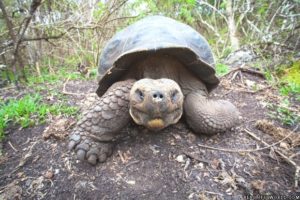