Situated close to the bustling city of Kunming in China’s Lunan Yi Autonomous province, Stone Forest National Park is a scenic area boasting an array of captivating limestone formations. Bewitching, dove grey stones, shaped like trees, animals and even fungi, rise up from the earth and point into the heavens, casting eerie shadows. Unsurprisingly, the Stone Forest National Park is very popular amongst tourists who are keen to marvel at its unique rock formations, some of which measure up to 130ft (40m) in height.

Geologists believe that the various rock shapes were created at least 270 million years ago by a combination of natural phenomena. Unique geological conditions contributed to the creation of these clustered rock formations, some of which are said to resemble petrified trees.

The peculiar forest landscape covers an area of 135 sq. mi. (350 sq. km) and encompasses a plethora of spectacular vistas. In 2007, two parts of the site, the Naigu Stone Forest and Suogeyi Village, were named UNESCO World Heritage Sites.

According to ancient Chinese folklore, Ashima, a great Yi beauty, was born in the area. She fell in love with Ahei, but was kidnapped by Azhi, the son of the village leader who wanted to force her to marry. Azhi challenged Ahei to a singing competition that lasted for three days but he lost and had to set Ashima free. Whilst on her way back home, Ashima drowned after a river flood caused by Azhi. This is how the rock of Ashima in the small stone forest was formed. Locals now claim that if you call Ashima, she will answer you.

Millions of years ago, the ocean would have covered the site that Stone Forest National Park now occupies. Over time, the waters receded, exposing the striking Stone Forest region.

The areas surrounding Stone Forest National Park are home to the Yi or Lolo people. The Yi speak a number of languages and many important works of literature, history and medicine, written in Old Yi script dating back to the 13th century, remain in use. Annually, on the 24th day of the sixth lunar month, Yi people gather in the forest as part of Torch Festival celebrations.

Stone Forest National Park is found just outside the metropolis of Kunming and is open daily, between 8:30AM and 6:00PM. A local saying states: “If you have visited Kunming without seeing the Stone Forest, you have wasted your time”.

The park is not free to enter; an admission fee is levied. Having paid the entrance fee, day-trippers gain access to a number of fascinating rock formations, sweeping parkland, and dense forest. It is recommended that visitors spend at least two hours on site, as there is much to see.

There is a Karst Geological Museum situated on site, housing over 1200 items, with all descriptions written in English. Having paid the park entry fee, the museum is free to enter. Many tour operators and hotels facilitate daytrips to the Stone Forest. Guided tours of the site are also available at extra cost.

Stone Forest National Park is open all year round. Since its monuments are outdoors, visitors are advised to check the weather forecast before setting out – the region’s tropical climate means that rainfall is fairly frequent.

Torch festivities, which include music, dance, and wrestling, generally occur in June. During high season, the park is likely to be crowded with tourists and visitors may have to queue to gain entry.

Getting to Stone Forest National Park

Regular buses to the park run from Kunming East Coast Station (situated on the Eastern edge of Kunming) all year round. By bus, it takes around 2 hours to reach the Stone Forest.
Tours can be booked in advance, and day-trippers are best advised to book with reputable tour providers, as touted tours are generally far more costly.

Where to stay in Kunming

Visitors are not permitted to stay in the park overnight, however, there is a wide variety of accommodation available in nearby Kunming (61.5mi / 99km). 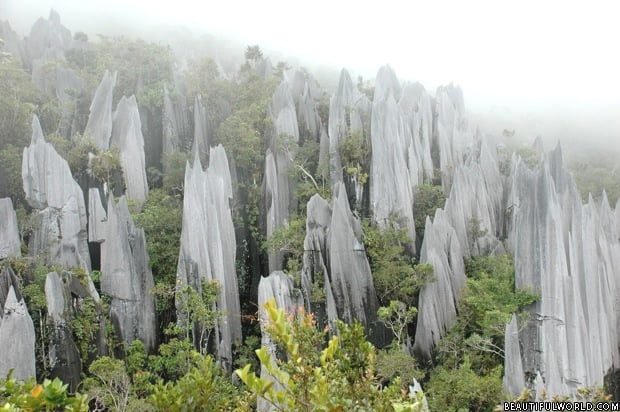 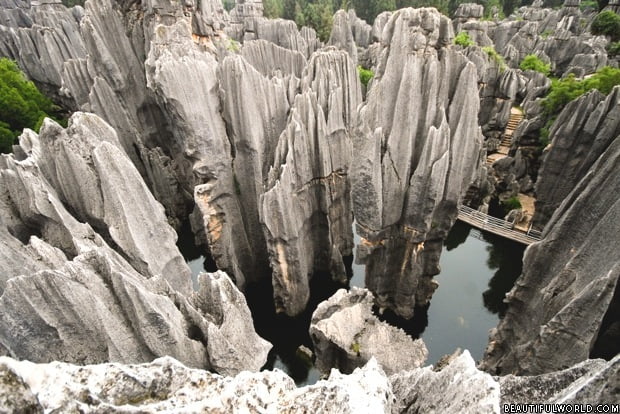 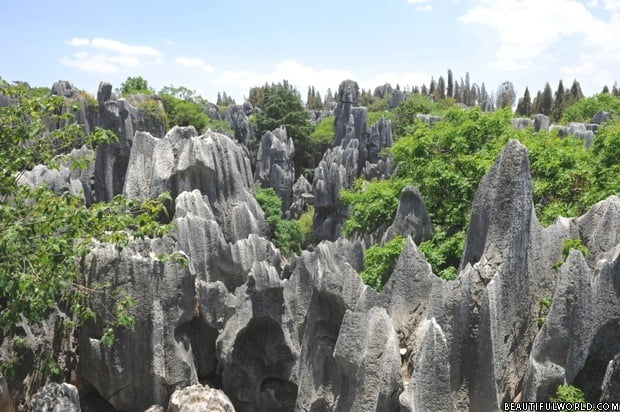 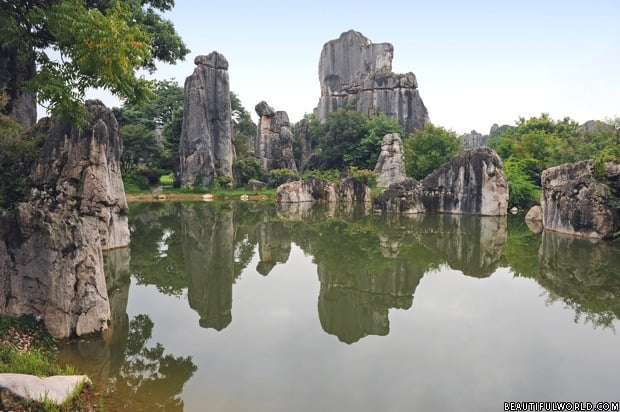 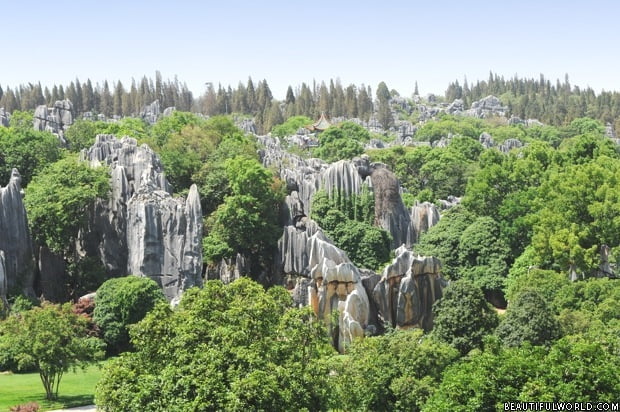 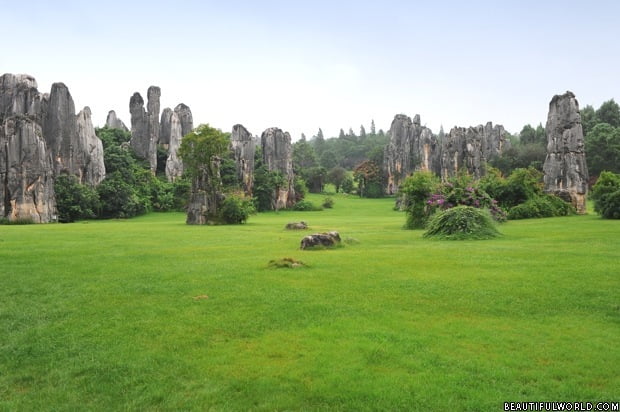 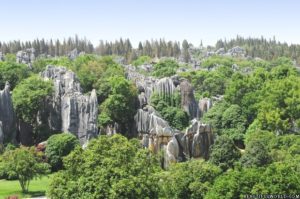