The Ngorongoro Crater is a huge volcanic caldera, covering 100 sq. mi (260 sq. km) in Northern Tanzania. Formed approximately 2.5 million years ago when a giant volcano exploded and collapsed in on itself, the Ngorongoro Crater is 2000ft (610m) deep. Endowed with an abundance of wildlife, the crater features almost every animal species present in East Africa.

Interesting facts about the Ngorongoro Crater

Approximately 2.5 million years ago, the Ngorongoro crater was a huge volcanic mountain, rivalling Kilimanjaro in size. This changed when the top of the mountain collapsed in on itself, creating the biggest volcanic caldera in the world.

The park is teeming with wildlife, with animals such as zebra, buffalo, hyenas, wildebeests and lions thriving in the area. There are approximately 30,000 animals, though certain animals (e.g. giraffe and impala) are not present due to difficulties negotiating the crater rim cliffs and insufficient grazing opportunities.

The Ngorongoro Crater was designated a UNESCO World Heritage Site in 1979 as part of the larger Ngorongoro Conservation Area, which includes two other craters.

There are approximately 42,000 Masaii tribe members living within the Ngorongoro Conservation Area. They live off the land, and move in accordance with the needs of their animals (cattle, goats, sheep, donkeys).

Within the Ngorongoro Conservation Area lies the Olduvai Gorge, where Dr. Leakey first discovered the remains of ‘handy man’ (Homo Hablis), a skeleton showing the initial stage of human evolution. This find is believed to prove that humans originated in Africa. You can learn more about ‘handy man’ at a museum at the gorge, which now showcases both real and replica artefacts found on site.

There are two distinct weather seasons in the region; a rainy season (November to April) and a dry season (May to October). During the rainy season, animals congregate on the Short Grass Plains to have their young. Between February and March, you can see the Great Serengeti Migration on the plains and a number of spectacular predator/prey interactions.
The dry season is typically best for game viewing as many animals congregate around permanent water sources. However, the Short Grass plains become totally devoid of game during this season. If you visit Empakaai Crater or Lake Ndutu, resident game remains all year round.

The opening hours are 6am – 6pm daily, with the sole exception being the Seneto Descent Gate, which closes at 4pm.
Only 6-hour safari permits are issued – therefore visitors can only make either a 6-hour morning game drive, or a 6-hour afternoon game drive.
No pets are allowed in the conservation area.
Do not damage or remove any standing vegetation.
All visitors to the Ngorongoro Crater must be accompanied by a licensed guide.
Only authorised vehicles with Safari equipment are permitted in the park. Drivers must remain on authorised tracks only.

There is an abundance of accommodation available on the crater rim, with many safari lodges and camping sites on offer. Lodges range from high-end luxury to more moderately priced establishments.
How to get to the Ngorongoro Crater
International visitors must first fly into the Kilimanjaro International Airport, situated at the base of Mt. Kilimanjaro in Moshi. From here, you can either hop onto a shared shuttle service, take a private taxi, or charter a second flight into Arusha. Arusha is approximately 34mi (55km) from Moshi. 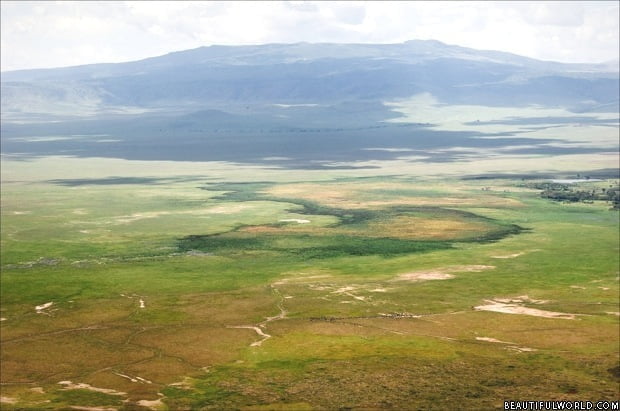 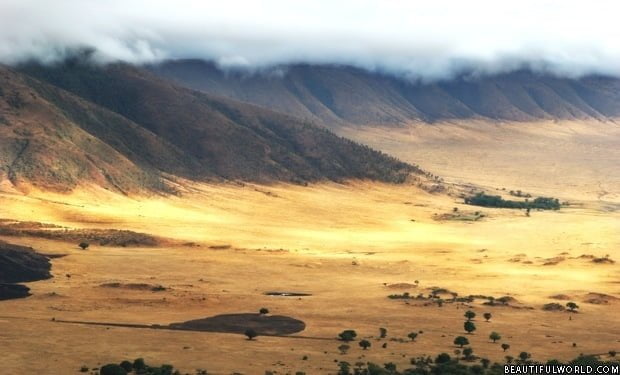 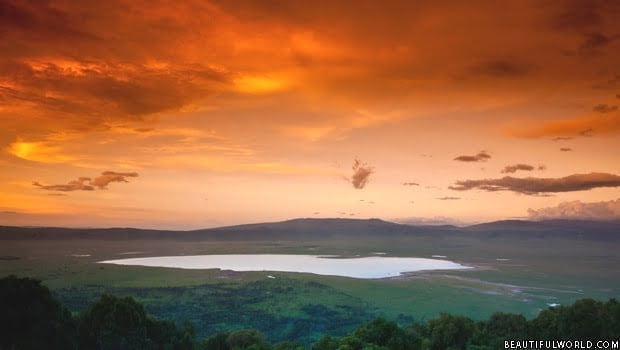 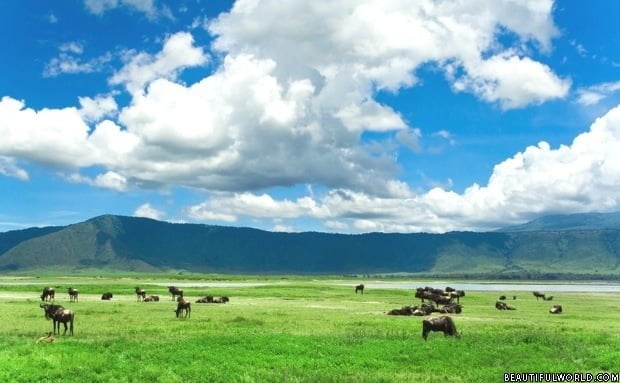 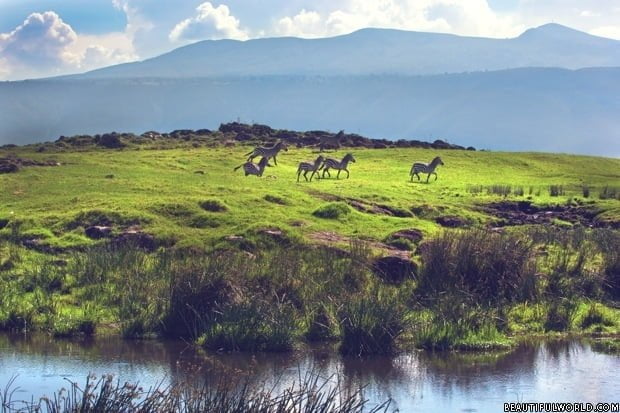 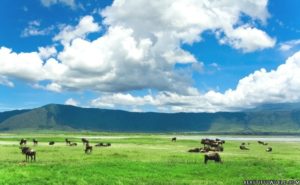