Where are the Japanese alps? The Japanese Alps (Japanese Nihon/Nippon or Arupusu) are three geographically distinct mountain ranges all on the largest island of Honshu;

William Gowland was a British mining engineer who performed archaeological work in Japan. He first gave the Hida Sanmyaku (Northern Alps) the English title of ‘Japanese Alps’. Later this term was understood to include the Central and Southern mountain ranges too.

The Japanese alps are geographically separated. The Northern Alps run from the northern coast of central Honshu Island southwards towards its center. They are shown on the map as an aqua and light blue strip. The Central Alps are shown as the pink long thin strip below it. Finally, the dark red shading shows the location of the Southern Alps. 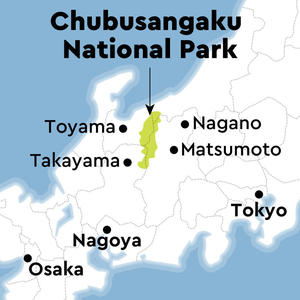 The Hida Mountains stretch for 105miles north from Mt. Norikura and have a Y-shaped formation divided at the top by the Kurobe Valley. The Kurobe River carved out the Kurobe valley and it is one of the longest and deepest canyons in Japan. Other waterways are the Azusa River, Takase River, and the Kamata River. At their Northernmost edge, the Alps drop off into the Japanese sea forming impressive cliffs. The range was formed by crustal movements, erosion, and volcanic action and is mainly granite. The volcanicity of the Northern Alps is responsible for numerous hot springs and active volcanoes. Mount Ontake last erupted in 2014 causing 63 deaths.

Hida or Northern Alps of Japan
1 of 4

The park has a stunning collection of vistas, habitats, and geological features including, lakes, mountains, and forests. For this reason, it is a great place to visit at any time of the year. The Japanese mountain range is popular for skiing and mountaineering and has been used to generate hydroelectric power most famously from the immense Kurobe Dam.

There are 209 named peaks in the range of which Oku-Hotaka is the tallest at 3,190m. The 9 highest peaks in the Hida mountain range are;

In the Winter the area is home to plenty of ski resorts including the Shigakogen Mountain Resort which has 83km of slopes. The northern Alps are home to the Tateyama Kurobe Alpine Route which is actually closed from December to mid-April. It is accessible by a mixture of buses, cable cars and ropeways. The route provides jaw-dropping views of the Tateyama Mountain Range. From April to late June you can marvel at the snow corridor which cuts through drifts up to 20m high.

This is a granite mountain range in the Kiso area of Nagano prefecture and it is the smallest and least tall of the three Japanese Alps. Despite it being an area rich in native fauna and flora only a small amount of it falls into National Parks.

The Komagatake Ropeway (cablecar) is the best way to access Mount Kisokoma and Mount Hōken via the Senjōjiki Cirque which is 2,600m above sea level. Each car can carry just over 60 people and it travels 2.3km in 7 and a half minutes. The Senjōjiki Cirque was carved by ancient glaciers and is an incredibly beautiful area to which the Ropeway gives easy access too. For this reason, this area is popular and can be very busy. However, visit any other area of the range and you will be able to enjoy quiet hiking. There are plenty of mountain cabins and camping areas you can use. This combines with plenty of well-marked hiking trails makes it a fantastic area for walkers.

There are 54 named peaks in the range of which Mount Kisokoma is the tallets at 2,956m. The 9 highest peaks in the Hida mountain range are;

The mountains get very cold during the Winter (think -20C!) however they are several hot springs that can be visited; Hirugami Hot Springs, the Komanoyu hot spring inn, and Minowa Hot Springs. The cold temperatures make the area suitable for skiing which is based from two centers; the Kaida Highland Ski Resort and the Ontake Ski Resort.

If you visit the Kiso Alps it is worth building in a trip to the adjacent Atera Valley. This area is famous for its mountain springs, swimming holes, pools and diving rocks.

Most of the mountain range falls within the boundaries of the Minami Alps National Park. The mountains are the source of three rivers; Fuji River, Ōi River and the Tenryū River. There are three mountain ranges in the Alps formed by the action of plate tectonics forcing land masses upwards. Glacial action then carved out dramatic valleys (cirques) and interesting rock formations. Of the three Alp areas this is the least accessible so offers a wilder landscape suitable for more experienced hikers and mountaineers.

There are 368 named peaks in the range of which Mt. Kita is the tallest at 3,193 m – the second highest in Japan. The 9 highest peaks in the Hida mountain range are;

You can also ski in the Southern Alps from several small ski resorts.

Skiing in the Northern Alps

The best skiing area is the Hakuba Valley which houses 11 different ski resorts that provide 137 kilometers of piste. There are runs suitable for all levels and plenty of off-piste options.

Shiga Kogen has 85km of slopes but off-piste skiing is banned. In between skiing you can visit the famous Snow Monkey Hot Springs.

The third option is Nozawa Onsen which has 50km of slopes. This resort stands out because it is based in a traditional Japanese town full of beautiful buildings, temples, and hot springs. On the 15th of January each year the town holds the Dosojiin Fire Festival which is incredibly atmospheric and beautiful.

Skiing in the Central Alps

There are 931 km of pistes in the Kiso Mountains accessed from over 90 resorts. The Shigakogen Mountain Resort has the largest skiing area with 83km of runs. Next are several resorts with 50km each; Myoko Suginohara and Hakkuba.

Skiing in the Southern Alps

There are only 35km of slopes in the Southern Alps accessed by 27 lifts and services by 8 resorts.

All three of the Japanese Alps provide fantastic hiking.

The Northern Alps are the most well developed and also the busiest. This shouldn’t put you off. They offer an incredible range of environments and truly spectacular views. The Kamikochi Plateau in the Azusa River Valley is one of the most popular walking areas as it is very accessible with some easy walks along the valley floor. The valley is surrounded by mountains and an active volcano so the views are amazing and there are options for more difficult hikes.

The central Alps Komagatake Ropeway provides great access to the jaw-dropping Senjōjiki valley but is busy as a result. The rest of the Central Alps are walkers paradise with plenty of valleys, woods, waterways, and mountains with well-marked paths and plenty of resources for visitors.

The Southern Alps are a huge wilderness offering visitors a real taste of the wild.

There is so much to see and do in one of the Alp ranges let alone all three! The good news is that good road and rail links make accessing all three Alps relatively easy. Tour operators offer a huge selection of inquires from a single day to a couple of weeks. You can, of course, plan and arrange your own trip if you have very specific ideas about what you want to see. Take care – the areas experience a huge range of temperatures and weather conditions at different times of the year. Some things close during the Winter or become very hard to reach. Other vistas look their best in Spring when the wildflowers are out, in Autumn when the tree’s leaves change color. 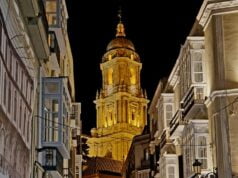 The safest places to visit in Spain in 2023 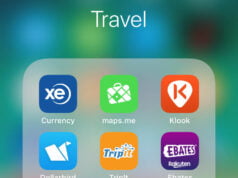 Essential Apps for Travelers in 2023 Visiting Tuscany for the First Time: 5 Essential Tips You Need to Know