The enigmatic Penon de Ifach stands proudly at 332m at the head of Calpe, surrounded by the shimmering blue of the Mediterranean Sea. It is a huge calcareous rock, joined to the mainland by a detritic isthmus. With a protected surface area of just 45 hectares, Penon de Ifach is one of the smallest nature reserves in Europe. Despite its size, the reserve attracts approximately 100,000 visitors each year.

Throughout history, Penon de Ifach has served several purposes. In the 4th to 3rd centuries before Christ, there was an Iberian village at the foot of the rock, on its western side. Later, in Roman times, the settlement moved to the isthmus joining the rock to the mainland, though findings confirm that the sides of the rock were once again inhabited throughout the Middle Ages.

Penon de Ifach once served as a landmark for mariners. It was then used as a watchtower, with its lofty height of 332m providing a superb vantage point to spot approaching pirates and invaders. Despite best efforts, continuing attacks from the sea forced inhabitants down to the village of Calpe.

Originally, the municipality of Calpe owned Penon de Ifach. However, in 1872, it became privately owned. After having several different private owners, it was purchased by the Generalitat Valenciana Authority, before being declared a nature reserve in 1987.

Penon de Ifach is home to a diverse colony of flora and fauna, including some rare and endangered species. Toward its base, there are many varieties of plants common to the Mediterranean, but at higher elevations, they become more Alpine in nature. Species such as the nearly extinct Silene hifacensis, Rock scabious and Thymus Webbianus, grow in crevices and ledges on the sheer rock face.

With regards to fauna, there can be as many as 60 bird species nesting and congregating at different times of the year, including the winter wren, shag, pallid swift and peregrine falcon. Other species include reptilian inhabitants such as ocellated lizards and Montpellier snakes, as well as mammals such as the hedgehog, shrew and rabbit.

The walk up Penon de Ifach is accomplished by following a pathway called the Red Route. The walk begins at the information center, and progresses up the north side of the rock. Along the path are eight designated points of interest, including several scenic overlooks offering stunning panoramic views over Calpe.

The walk can be split into two main sections; the winding path that leads to the tunnel, and then the walk from the tunnel onwards. The walk to the tunnel is steep, but features even ground. In comparison to the walk starting at the tunnel, it’s a reasonably easy walk. However, in summer, it can get very hot and humid due to the tree cover.

This path features 2 named vantage points; the Western Vantage Point near the start, and the Botanist Cavanilles Vantage Point, a bit further up. Both offer views to the West and overlook the coast and the surrounding area. You will also pass the remains of an Iberian village, dating back to the 4th – 3rd century BC, as well as the ‘Windblown pines’, which are trees growing in unusual shapes as a result of the wind. The trail features a lush, shady landscape, dominated by an abundance of polipody ferns and various lichens.

At the end of the winding pathway, hikers will encounter a tunnel that passes through Penon de Ifach, exiting on its northeast side. To continue through the tunnel, you will need appropriate footwear. Hiking boots or trainers are recommended, as the rocks are very slippery. Just outside the tunnel exit, there is small vantage point that offers a spectacular view of Fossa Beach. The path from here onwards features narrow, slippery, rocky paths, which can be hazardous.

The next point of interest is where the trail splits, called the Fork. One path leads to the Guard Post vantage point, whilst the other leads to the summit. The Guard Post vantage point is a small lookout platform that offers beautiful, panoramic ocean views. This is a shorter and easier path to follow, so is recommended if you find the walk to the fork difficult, as reaching the summit from the Fork requires traversing the most difficult part of the trail. However, reaching the summit certainly offers the grandest reward: breathtaking views that span the horizon from Serra Gelada to Calpe, all the way to the Punta de Moraira.

When is the best time of day to walk up Penon de Ifach?

It is advisable to walk up Penon de Ifach in either the morning or evening in order to avoid the midday heat. This is particularly the case in summer as the weather in Calpe can be very hot.

In addition to the red route for walkers, Penon de Ifach offers various different impressive sport routes for climbers, of a variety of grades. The most popular routes are climbed frequently and are reasonably well geared. There may be loose rock, so climbers are advised to take caution and to wear a helmet.

How to get to Penon de Ifach

Penon de Ifach is easily accessible by car via the N-332 trunk road and A7 motorway, taking the Benissa and Altea turnoffs. Upon reaching Calpe, Penon de Ifach is very well signposted. There is car parking available at the base of the rock and at the nearby harbor. Calpe is also well served via public transport, with both buses and trains operating at numerous different times throughout the day.

There are several rules and safety recommendations that you should be aware of prior to your trip to Penon de Ifach.
Use marked paths
Use proper footwear – hiking boots are recommended. Do not pass further than the tunnel with unsuitable footwear.
Observe plants and animals without disturbing them. Do not feed the animals.
No camping, fires, bicycles or smoking.
Be responsible for your pet – keep it on a lead and clean up its excrement.
Do not litter – keep the park clean and use the waste bins provided.
Be respectful of others and don’t make lots of noise – listen to the silence and sounds of the natural environment.
Respect opening times – do not enter the park after dusk. 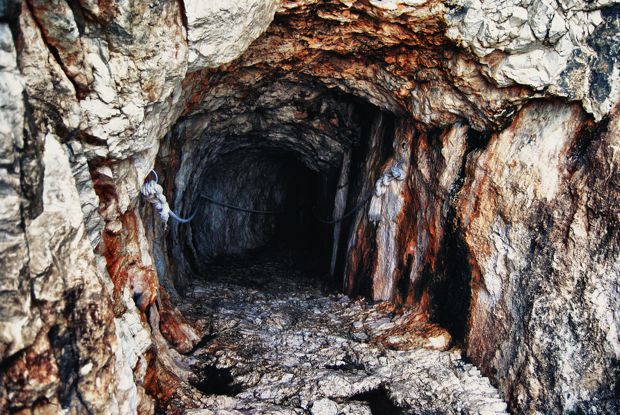 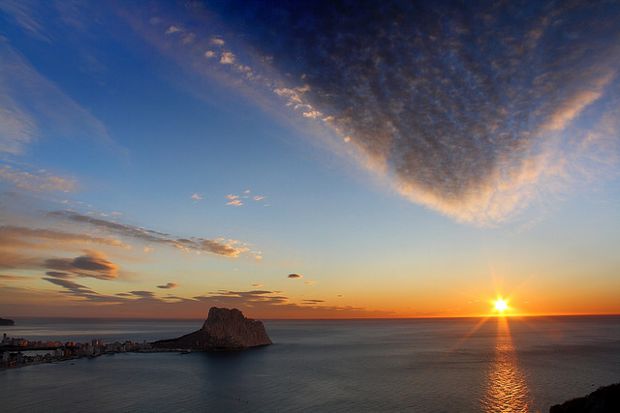 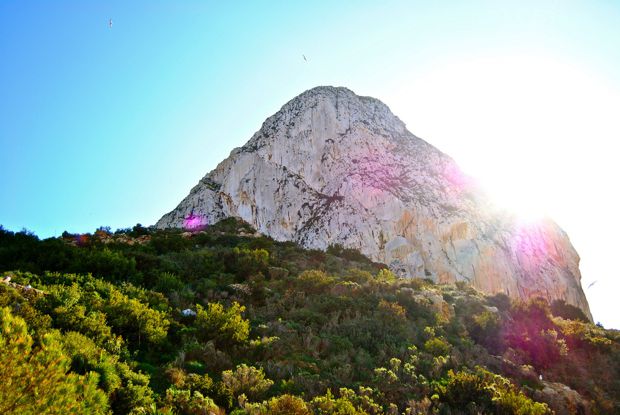 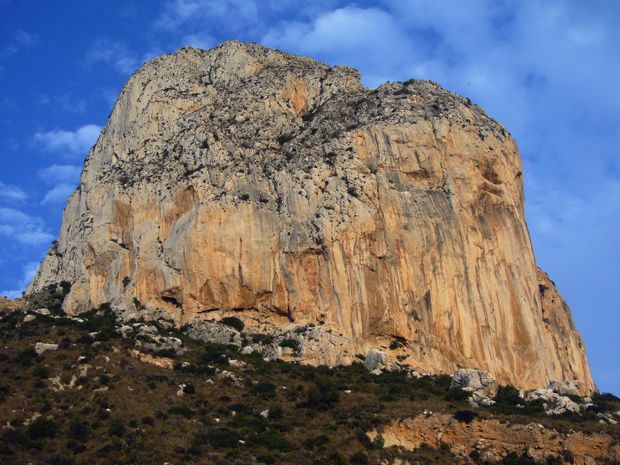 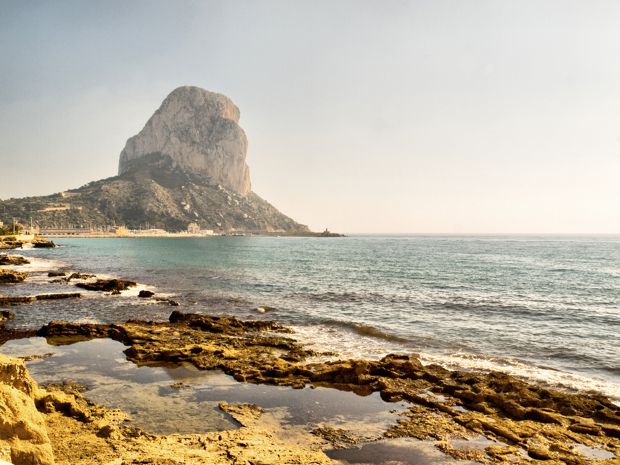 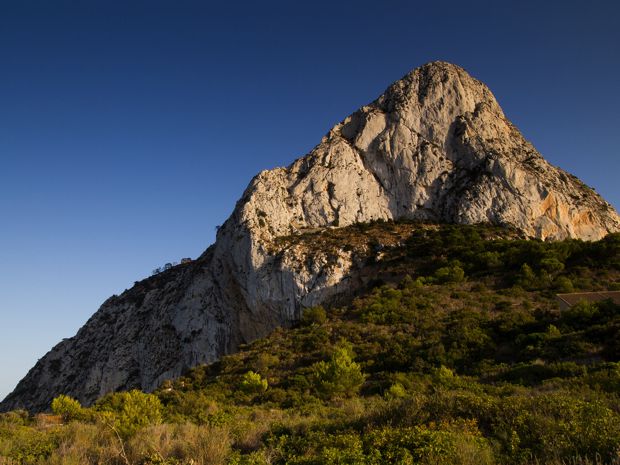 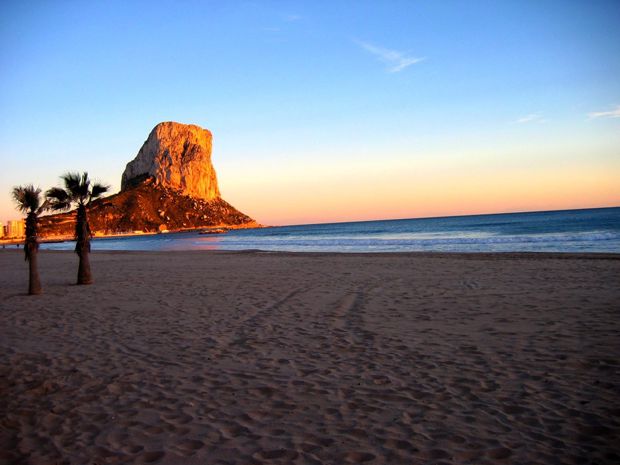 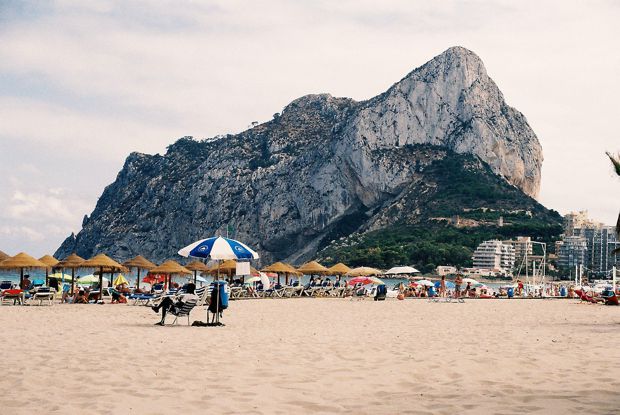 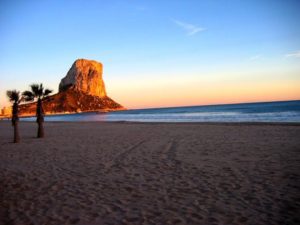