Dhaulagiri, the seventh highest mountain in the world, is situated in Nepal and forms part of the Dhaulagiri mountain range. Its name is derived from Sanskrit, where it means ‘white beautiful mountain’. First ascended in 1960, the mountain has since been climbed successfully hundreds of times.

Dhaulagiri is the highest mountain located entirely in Nepal.

Several attempts were made to reach Dhaulagiri’s summit between the years 1950-1959 by Swiss, French, Argentine and Austrian climbers. Each attempt was made via the north side of the mountain, and each attempt failed.

It was not until 1960 when the first successful ascent was made via the Northeast side by a Swiss-Austrian team led by Max Eiselin.

Upon its discovery in 1808, Dhaulagiri was thought to be the world’s highest mountain, displacing Mount Chimborazo in Ecuador.

Dhaulagiri stands over the great Kali Gandaki Valley, which by some measures is the deepest gorge on earth, as it is flanked by two 8000m (26,250ft) peaks (Dhaulagiri I & Annapurna I).

In 2008, Fredrik Ericsson attempted to make the first ever ski descent of Dhaulagiri. However, bad weather conditions forced him to turn around at 8000m (26,250ft), just short of the top, from where he made a 3000m (9842ft) vertical ski descent. 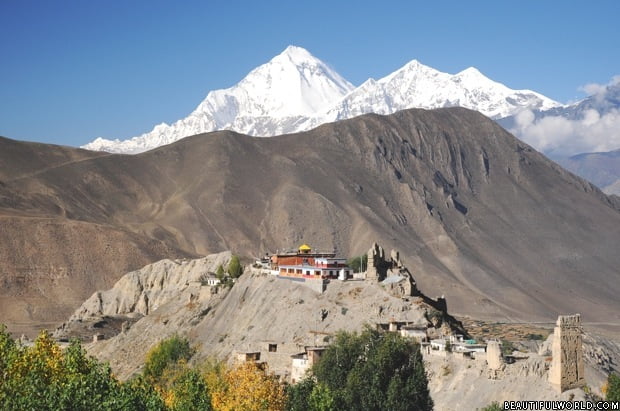 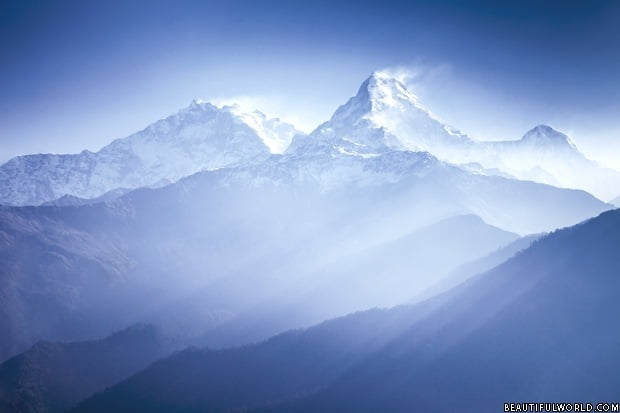 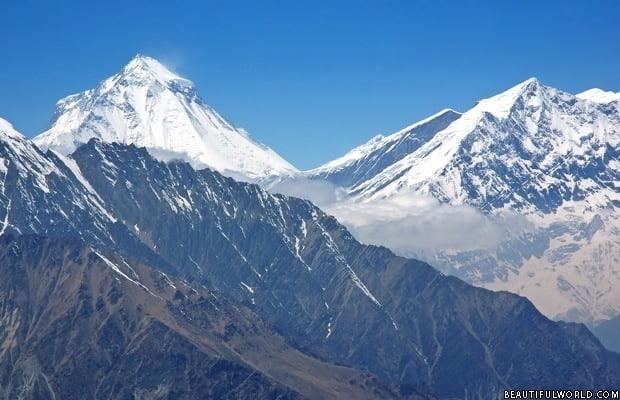 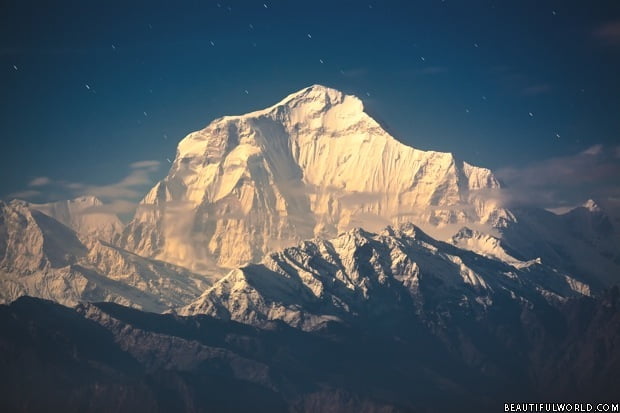 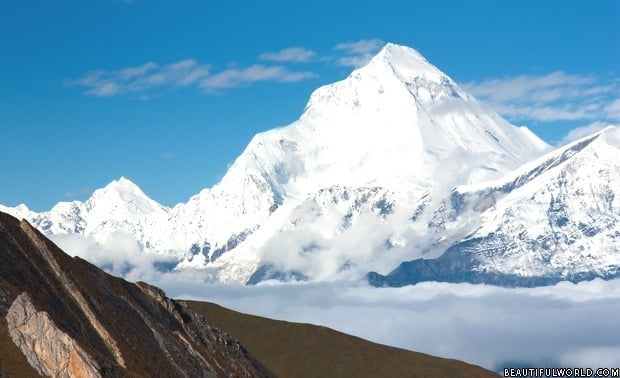 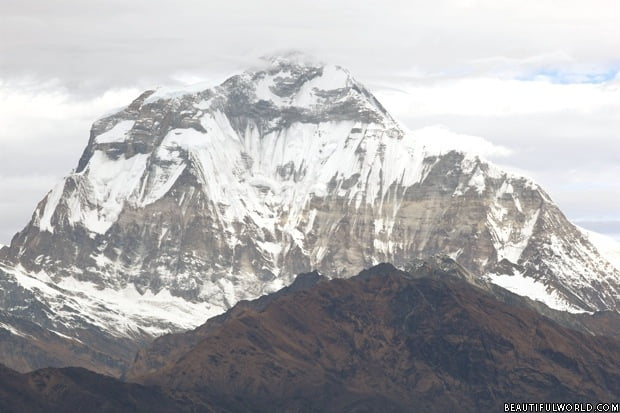 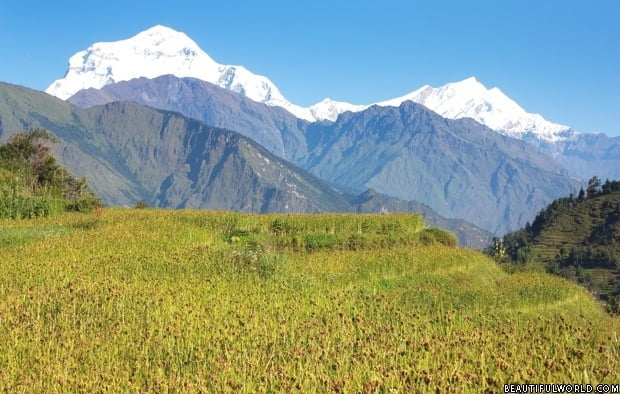 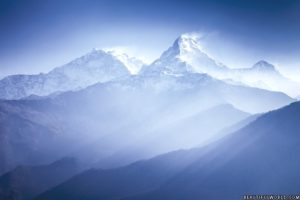